My Account My Profile Sign out
My Account
Search
Worldwide Europe United Kingdom England London Seven reasons why 2015 is all about Tom Hiddleston (move over, Cumberbatch)
Advertising

British actor Tom Hiddleston has three new movies coming out over the next few months: ‘Crimson Peak’, ‘I Saw the Light’ and ‘High-Rise’. The latter two had their world premieres this week at the Toronto Film Festival, and we were right there in the front row. We already knew the 34-year-old could act – we saw it in movies like ‘Only Lovers Left Alive’, ‘Avengers Assemble’ and ‘The Deep Blue Sea’, and even more impressively on the London stage in ‘Coriolanus’. But these new films prove that there are seven new strings to the Hiddleston bow…

In new biopic ‘I Saw the Light’, Hiddleston stars as country-and-western legend Hank Williams. But rather than lip-sync to the original recordings – as Jamie Foxx did in 'Ray', like many others – Hiddleston elected to perform all the songs himself. His voice may not be as keenly affecting as Williams’s – few vocalists can claim to have that kind of power – but his delivery is soulful and convincing.

In ‘High-Rise’, British director Ben Wheatley’s dizzying adaptation of JG Ballard’s 1975 novel of class warfare in a brutalist tower block, Hiddleston plays a louche, disaffected doctor who watches as the inhabitants of his building turn on each other. But even as the bodies pile up, the party don't stop, giving Hiddleston ample opportunity to indulge an unexpected gift for hip-swinging, first with a gang of red-suited air-hostess types in a stunning dream sequence, and then at a particularly wild and ultimately fatal house party.

Hiddleston's third new film is ‘Pan's Labyrinth’ director Guillermo del Toro’s long-awaited return to bone-chilling horror. ‘Crimson Peak’ is the story of a young woman who marries an aloof, enigmatic aristocrat (played by guess who) and moves into his mist-and-mystery-shrouded Lake District mansion. The trailers suggest that Hiddleston will be at his icy, domineering best here – imagine Loki from ‘The Avengers’ without a sense of humour, but with way more psychotic charisma.

From the early scene where he sunbathes nude on his balcony – sorry, fans, but his dignity is preserved by a strategically placed newspaper – to a sweaty tryst with the heavily pregnant Elisabeth Moss (she describes him as ‘the best amenity in the building’), Hiddleston spends a fair bit of ‘High-Rise’ getting friendly with his neighbours. One particular scene with Sienna Miller is likely to leave his female fanbase with steam coming out of their ears.

5. He can talk American!

When it was first announced that Hiddleston would be playing Hank Williams in ‘I Saw the Light’, we weren't completely sold – could this polite English gent really pull off the rugged drawl of a hard-living son of Alabama? But not only does Tom’s accent turn out to be spot-on right down the last ‘ma’am’, he doesn’t look even remotely ridiculous in a Stetson. For his next project, we suggest a biopic of another no-bullshit Southern hero: Foghorn Leghorn.

Okay, so it’s hardly a major skill. But as he puffs his way through the orgiastic carnage of ‘High-Rise’ – we swear he lights up in pretty much every scene – Hiddleston manages to lend cigarette smoking an air of insouciant aloofness that’s rarely been seen since the days of Bogart. Not that we – or he – are arguing that smoking is cool, kids. It’s not, and you shouldn't ever do it.

All the singing, dancing, smoking and humping in the world doesn't amount to anything unless it’s backed up by a rich seam of emotion. And while ‘High-Rise’ doesn't give Tom many chances to tug on the audience’s heartstrings – the film is far too hip and postmodern to concern itself with such petty human weakness – ‘I Saw the Light’ is a different prospect. Hank Williams’s story is chock-full of heartache and drama, and Tom throws himself right in the deep end – the scenes between Hiddleston and his temperamental screen spouse Elizabeth Olsen are undeniably Oscar-worthy. And while we worry that, as a complete film, ‘I Saw the Light’ might not quite be strong enough to win over the Academy, we no longer have any doubt that Hiddleston’s Oscar moment will come.

‘Crimson Peak’ opens in UK cinemas on Friday October 16. ‘I Saw the Light’ and ‘High-Rise’ will open in the first half of 2016.

Read our interview with Tom Hiddleston 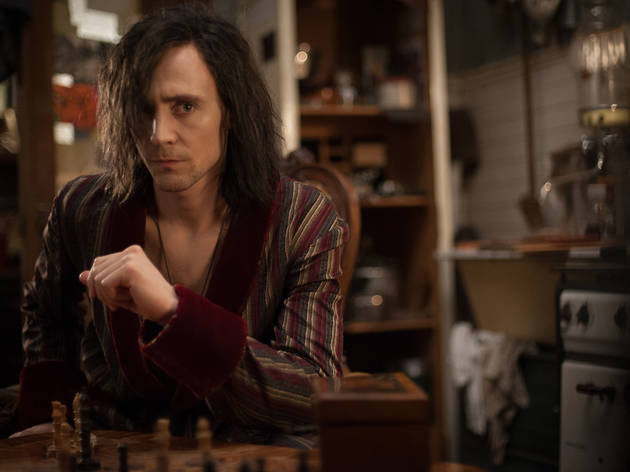 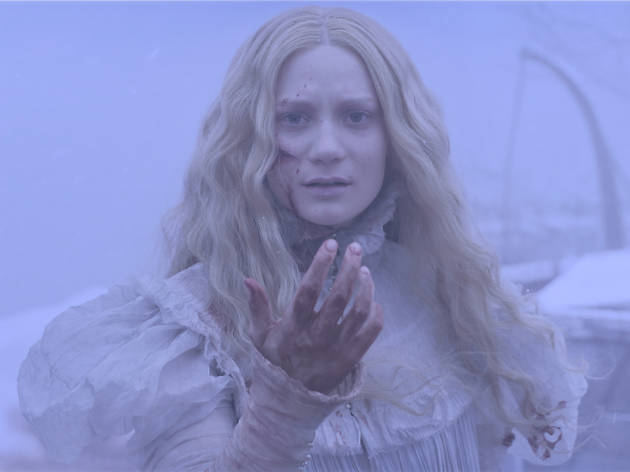 Set in remotest nineteenth-century Cumbria (but shot entirely in Toronto), this old-school spooker follows the travails of a young woman who becomes convinced that her aristocratic hubby is not all he appears to be.