She was droll as the icon that is April Ludgate in ‘Parks and Recreation’ and devastatingly deadpan in ‘Scott Pilgrim vs the World’. Now Aubrey Plaza is a social media stalker in ‘Ingrid Goes West’ and it’s her finest moment yet. Bow down

You’re a producer as well as the lead. What did you bring to the role?
‘Ingrid is doing horrible things and behaving in an insane way, but I wasn’t interested in just playing a “crazy girl”. I was more interested in understanding why someone would behave this way.’

She’s as sympathetic as she is psychotic. Do you like her?
‘She’s a personification of these dark urges that we all have. She acts on her most unhealthy toxic impulses, whereas most of us can stop ourselves – when we’re on Instagram going down a cyber-stalking hole, we don’t act out on those things. I have so much compassion for her.’

Had social media psychosis been playing on your mind before the film?
‘Definitely: social media makes me feel like shit. The scariest moments are just those mindless in-between moments of my day where I just end up scrolling through Instagram or Twitter. I’m always looking at other people’s lives and comparing myself, thinking: Wow, those people really know how to vacation! But it’s not real. Nothing is real. Nothing matters. And we’re all gonna die.’

The writers said they wrote the script about two women because this type of Instagram culture is very female-skewed.
‘Yeah, I agree with that. It’s just a really easy platform for people to consume fashion and beauty and celebrity, and a lot of that is geared towards women. There’s an element that makes me feel like I’m in high school again when I’m on Instagram. I feel like I’m not the cool kid, all these cool models and influencers – it becomes a popularity contest, that’s really what it is.’

Actors are being cast in films because of their social media reach. What’s your take on that?
‘It’s insane. As an actor, it’s gross to me that we would even have to have that thought in our heads – that the more followers we have, the better chance we’ll have of getting a job. Which does happen all the time. Elizabeth Olsen [who plays Ingrid's target, Taylor Sloane] and I talked about that a lot. Neither of us had public Instagram accounts when we shot the movie, but we were both on there a couple of months later.’

What’s been the response to the film been like among social media influencers?
‘It’s been positive. I don’t think it’s a super-negative portrayal of influencers. We did one screening in LA – it was a very Taylor Sloane crowd – and they loved it. I think the movie does a really good job of making fun of LA culture and influencer culture but it’s not an indictment of social media. It celebrates it but also pokes fun at it.’

It’s three years since ‘Parks and Recreation’ finished. Do people still talk to you about April?
‘For sure. People think I’m gonna be weird and do something April-ish. And I do! On Halloween I was dressed as a witch, running up and down my street, trying to scare children. So I deliver on that promise. I deliver on it every day.’

‘Ingrid Goes West’ is in cinemas from Fri Nov 17. 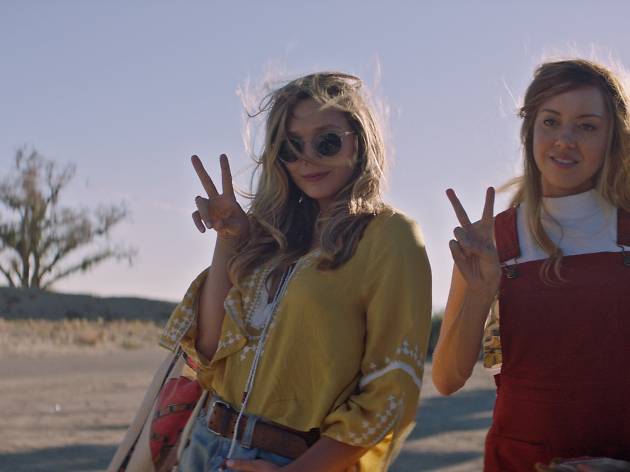