Saddle up for Time Out’s in-depth guide to the most rootin’, tootin’ film genre of them all – the western. From golden age classics to hard-hitting revisionist dramas plus a hearty helping of spaghetti, here are 50 films to make you yearn for the days when men were men, women wore bonnets and guns were the only law… 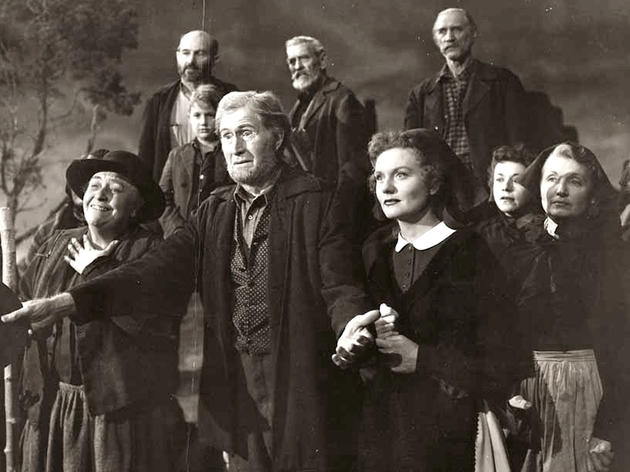 Arguably the definitive ‘range western’, John Ford’s spirited 1950 film demonstrated the potential to make sharp political, psychological and anthological observations about the workings of society by simply packing a few hapless folks across the treacherous prairie and monitoring how they fare.

Ben Johnson plays affable horse wrangler Travis, who along with his ol’ mucker Sandy (Harry Carey Jr) is roped in to escorting a large group of Mormons across some dicey terrain and on to the Promised Land. Along the way, frictions escalate as they pick up, first, the vulgar clientele of a broken down medicine show, and then the on-the-run Clegg gang, themselves overseen by the deceptively avuncular man-slug, Uncle Shiloh (Charles Kemper).

Though there are ample shots of the Mormons huffing and puffing as their godless fellow travellers blithely go about their sinful ways, Ford’s film emphasises the claustrophobia and creeping peril of the great outdoors while advocating compromise and tolerance when it comes to large, socially diverse groups working towards a single goal. And so the west was won. DJ 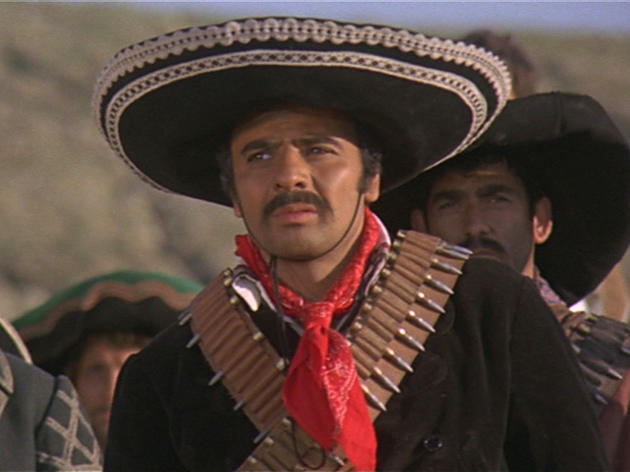 To compile a list of the most interesting spaghetti westerns would require a list five times this size – and a panel of experts far better versed in that most obscure and overloaded of subgenres.

So we’ll just have to let a few key titles speak for the rest, including this inventive oddity from critic, writer and staunch socialist Carlo Lizzani. A believer in bringing political ideology to the masses by any means necessary, Lizzani constructed his film both as a riveting, gore-splattered exploitation movie and as a treatise on aristocratic inhumanity, biological destiny and religious hypocrisy: iconic Italian filmmaker and political revolutionary Pier Paolo Pasolini even appears as a machine-gun packing priest. Sweaty, sadistic and wildly OTT, ‘Requiescant’ has to be seen to be believed. TH 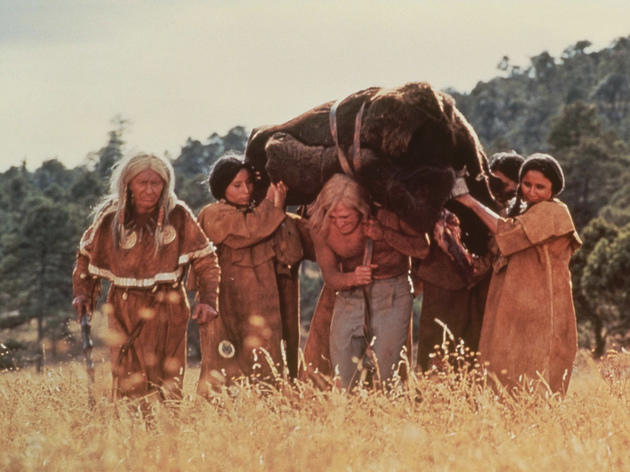 Why the long face?

A strange beast, this ‘Horse’: part Victorian memoir of ‘Life Among the Savages’, part mystical ethnographic head trip. The original short story, by Montana journo Dorothy M Johnson, whose clipped, Hemingway-esque prose also gave us ‘The Man Who Shot Liberty Valance’, was published in 1950, but this is a movie that could only have been shot in the late 1960s.

Richard Harris is remarkably restrained as bored English aristo John Morgan who seeks a very counter-cultural spiritual awakening in the far west of the 1820. He becomes the property of a tribe of Sioux and works his way up the greasy totem-pole from slave to brave.

The clash of derring-do narrative with acid-tinged flourishes makes for a giddy ride that’s uneven but mind-blowingly memorable. This is ever more so than in the central scene in which Morgan becomes a Sioux during the Sun Vow ritual, which takes on a wildly hallucinogenic edge as the Englishman meets his spirit animal in an ecstasy of pain.

It’s a moment that wouldn’t look out of place in a Dario Argento slash-fest and typifies the dreamlike melancholy that makes ‘Horse’ such a pleasure. PF 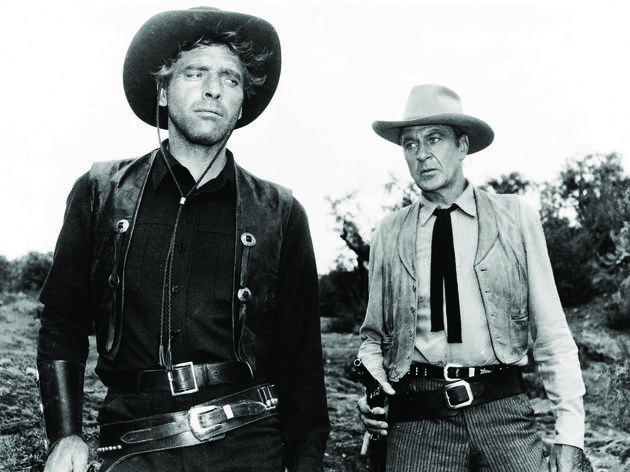 Despite informing the look and swagger of ‘The Magnificent Seven’, the scope and violence of ‘The Wild Bunch’ and the arch cynicism of Sergio Leone’s soupy Spaghettios, ‘Vera Cruz’ is not as well remembered as many of its contemporaries. Perhaps it has to do with the departure from traditional western themes.

We take our leave from railroad ramifications and range rivalries for a rip-roaring adventure set amidst the Franco-Mexican War. A world-weary, conflicted Gary Cooper and a grinning Burt Lancaster team up to smuggle millions in Mexican moolah out of the country.

Bright, brash, ludicrously enjoyable and ever so cool, ‘Vera Cruz’ is a daring western too often excluded from the canon in favour of worthy oaters and rote revengers. ALD 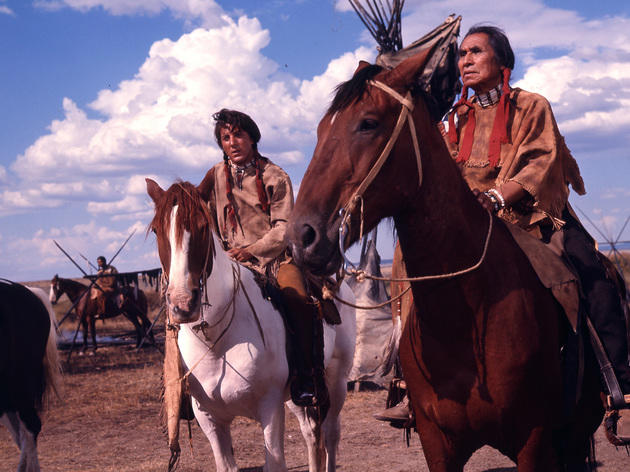 Oh, what did you see, my blue-eyed son?

Was there ever a western more of its era than ‘Little Big Man’? Released during the height of the Vietnam War into an America reeling from the hangover of the Civil Rights Movement and a post-Altamont hippie comedown, its reflections on the futility of war, the perversity of racism and dashed liberal ideals couldn’t have been more timely.

Dustin Hoffman plays Jack Crabb, a white man taken in by the Cheyenne and raised by Indians – who memorably refer to themselves as ‘human beings’ throughout – and who spends a fractured life criss-crossing the racial divide as a gunslinger, drunkard, mule skinner and Native American warrior.

It’s an agreeably daft, picaresque, rambling, gentle, episodic film that somehow blends into an extraordinarily deft portrait of the west, as well as a sly and sophisticated satire on contemporary America. ALD 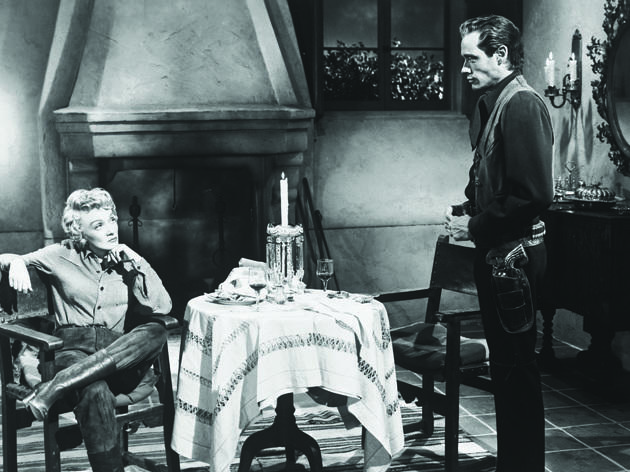 I lieb you, I lieb you! Now lieb me alone

No one was expecting a rootin’ tootin’ happy-time frolic with Fritz Lang’s name on the credits. Yet, below myriad layers of cynicism and despair is arguably one of the director’s liveliest works.

Not markedly different in tone from the sinister noir thrillers he’d been making in Hollywood since the mid thirties, it sees western stalwart Arthur Kennedy dedicating his life to tracking down the man who slotted his missus-to-be and uncovering a secretive den of thieves in the process.

Matters stray off the reservation when amorous sparks begin to fly between Kennedy and madame-turned-crime boss Dietrich (who, in one remarkable scene, is literally seen riding drunken men like horses), whose policy at the ranch is that no crook discuss his past sins.

More than just a gumshoe movie with added saddle baggage and spurs, Lang deviously pulls the mystery of the killer’s identity out of the frame in the final act to emphasise the subtle allure of corruption and vice.

And his decision to radically alter the gender roles dictated by western convention makes this the ideal riding partner for Nicholas Ray’s sublime ‘Johnny Guitar’. DJ 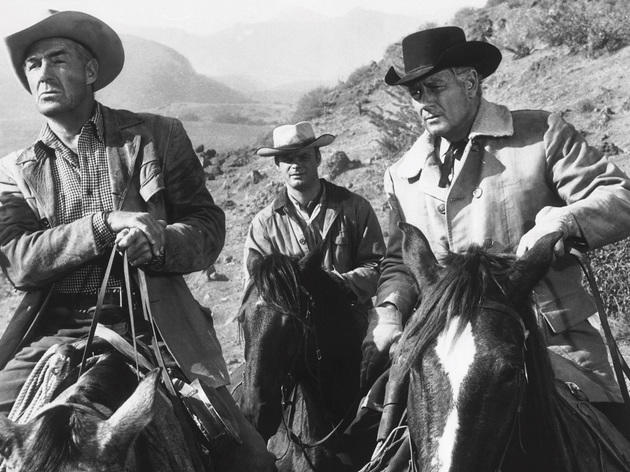 Few genres tackle ageing as convincingly as the western. A masculine genre fixated with self-sufficiency and isolation, the western often forced us to ask what comes at the end of a life lived by the gun – but when it does, the answers are rarely pleasant ones. Sam Peckinpah’s second film – and first masterpiece – is the simplest and most heartfelt of all the ‘geriatric westerns’.

It’s less obsessed with violence than ‘The Wild Bunch’, sweeter and less pessimistic than ‘Unforgiven’ and emotionally richer than either version of ‘True Grit’. Scott and McRea play old-time gunslingers, once feared lawmen now turned to pageantry and mercenary work, whose decision to re-team for one last lucrative job leads to in-fighting, betrayal and the final, irrevocable breaking of their partnership.

And just around the edges, we can feel the first tentative flourishes of what would come to be called ‘western revisionism’: the town of Coarsegold, populated by spit-hawking, ball-scratching Peckinpah regulars like LQ Jones and Warren Oates, is as convincing a vision of hell as anything in Bloody Sam’s later work, a hint that this world of high adventure on the high sierra wasn’t quite as rollicking as your average 12-year-old audience member might dream it was. TH 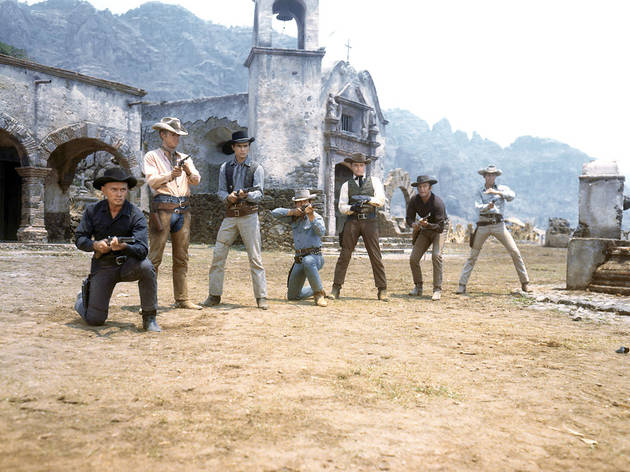 The iconic elements of John Sturges’s adaptation of Akira Kurosawa’s seminal sword-swisher ‘Seven Samurai’ might be the blistering horns of Elmer Bernstein’s iconic – and much-abused – theme tune or the rousing climactic shoot out, but it is, perhaps, the gentler moments that make it such an enduring favourite.

The subtle interplay between the well-delineated Yanqui gunslingers who come to the aid of a besieged Mexican village is a joy. At odds behind the scenes, star Yul Brynner and upstart Steve McQueen consistently try to outdo each other, but never to such a degree that they upstage or unbalance either the film or the group dynamics.

Eli Wallach writes the book on sweaty banditry, while James Coburn stays cool as a rule as the seven’s laconic knife man. But our favourite is Robert Vaughn’s fancy, petulant riverboat gambler-type who comes across like Stewie Griffin channelling Han Solo. ALD 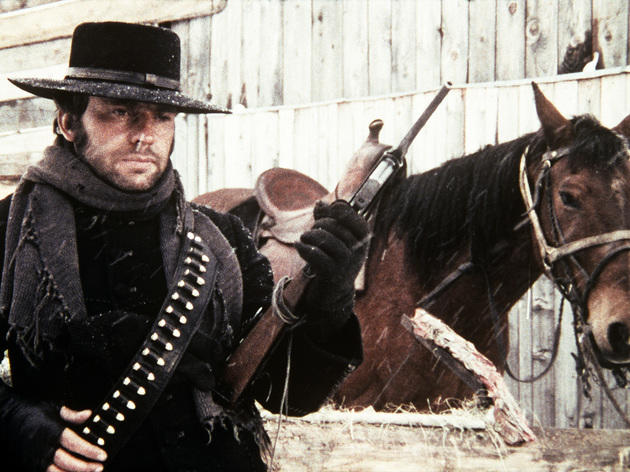 Growing in stature as the years pass, the bleak majesty of Sergio Corbucci’s dark, complex meditation on the human cost of progress threatens to outstrip the bleached, hallucinatory, hyper-violent ‘Django’ as his crowning achievement.

Set in Utah during the Great Blizzard of 1899, it follows the mute Silence (Jean-Louis Trintignant), a hired gun with a particular interest in the state-sanctioned bounty hunters – exemplified by Klaus Kinski’s mannered, controlled, entirely deadly Loco – who are clearing the land of anyone who doesn’t have their finger in the pie.

Though overflowing with theological subtext and social indignance, it’s an uncommonly reserved film by spaghetti western (and Kinski) standards, but when that silence is broken, the noise and fury are truly something to behold. ALD 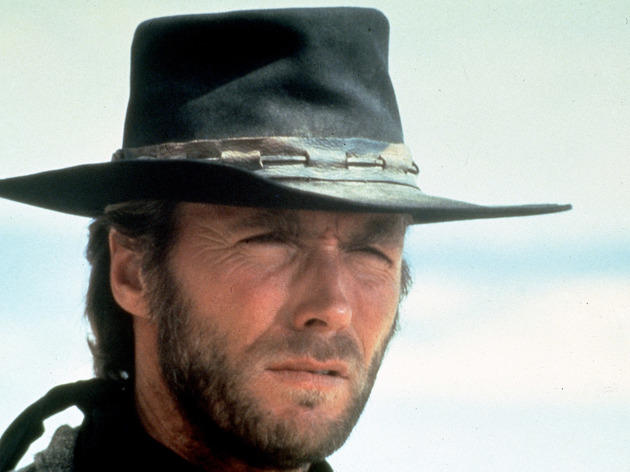 Hell is other people

Upon release, many critics read the appearance of a pair of gravestones midway through Clint’s sophomore film which read ‘Leone’ and ‘Siegel’ as a fond farewell to his two cinematic fathers, a fact seemingly borne out by his third movie, lighthearted romcom ‘Breezy’.

But it was only three years before Clint was back in the saddle with ‘The Outlaw Josey Wales’ and only four before he was taking up Don Siegel’s mantle with ‘Dirty Harry’ knockoff ‘The Gauntlet’, so it seems fairly safe to say his intentions were misread: ‘High Plains Drifter’ was less a goodbye, and more of a tribute.

On which level it succeeds masterfully, fusing the flyblown, sweaty sweep of Leone’s vision with the monstrous cynicism of Siegel to create a world entirely without rules – even those governing the living and the dead. TH