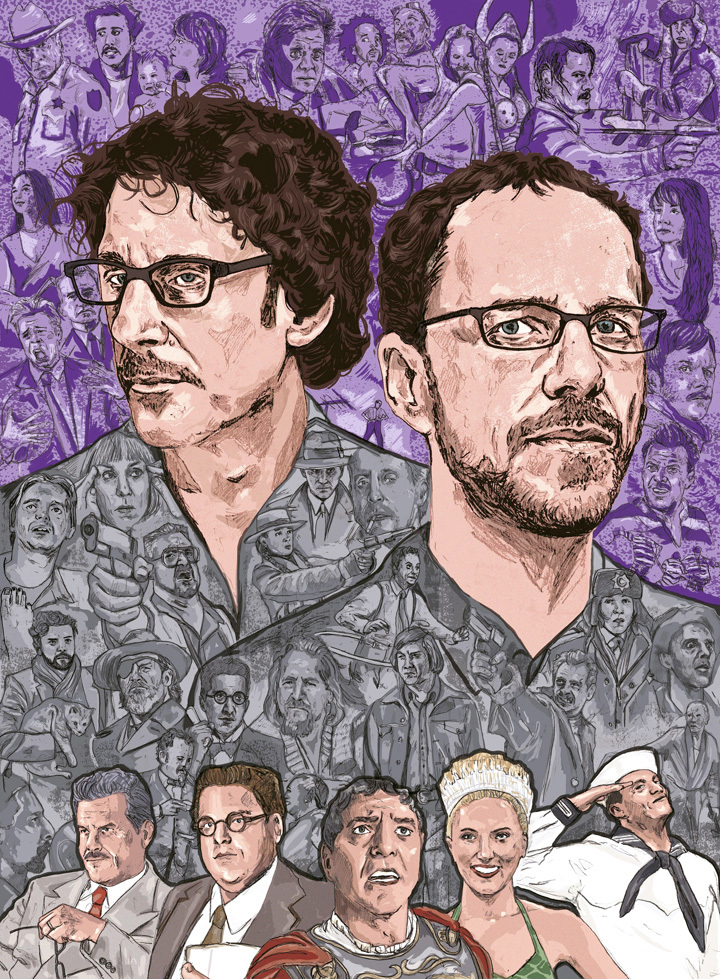 It started when they were kids. Growing up in Minnesota the Coen brothers, Joel and Ethan, saved up money mowing lawns to buy a Super 8 camera. They’ve been making movies together ever since – a line-up of eccentric, often hilarious and yet sometimes pretty dark films that includes ‘No Country for Old Men’, ‘The Big Lebowski’, ‘Inside Llewyn Davis’ and ‘Fargo’.

Their latest ‘Hail, Caesar!’, takes us back to the early 1950s and the Golden Age of Hollywood. Josh Brolin is Eddie Mannix, a studio Mr Fix It who’s in a panic after one of his big stars (played by George Clooney) goes missing from the set of his swords-and-sandals epic. As Eddie searches high and low for his missing A-lister, we meet Channing Tatum as a tap-dancing actor and Scarlett Johansson playing a high-diving beauty starring in a ‘water ballet’.

I meet the Coens in London, en-route to the ‘Hail, Caesar!’ premiere in Berlin. Joel is older at 61, taller, more serious and chattier. Ethan, 58, is blunt, finishes fewer sentences and giggles a lot. It’s hard to imagine one of them talking about their movies without the other.

Is it true that George Clooney spent years trying to talk you both into making ‘Hail, Caesar!’?
Joel: ‘Yes! We told George the idea for the film many, many years ago, probably on the first ever movie we did with him, “O Brother, Where Art Thou?”. George was taken with it and he did this thing over the years where whenever he was asked what he was doing next, he’d say: “Hail, Caesar!”. After a while, we thought maybe we should just write it.’ 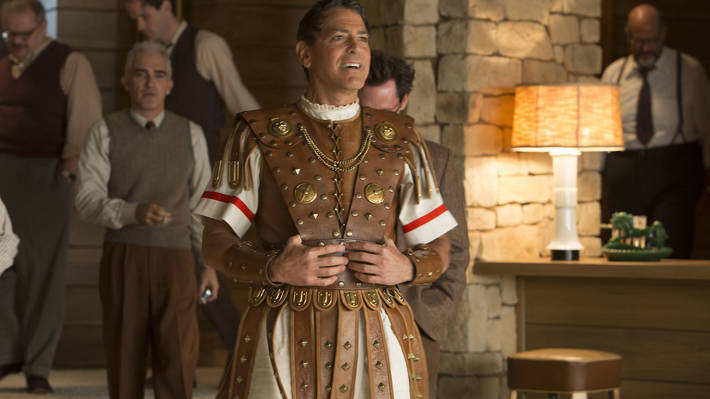 What makes Clooney perfect to play Baird Whitlock, a big-name star but not the smartest cookie in the jar?
Joel: ‘George is like an old-style movie star in many respects. We love it when he’s playing an idiot for us, which George is so great at. First of all, it’s difficult to do that unless you’re good, and George lets it all hang out there. He’s got no vanity when it comes to that stuff. But then we need you to believe he’s a movie star too. Not everyone can do that.’

‘Hail, Caesar!’ is set at a specific time and place with recognisable characters, but it’s not based on real events, is it? You’re not historians?
Ethan: ‘Oh god, no.’
Joel: ‘There are historical models for some of the characters, but they’re fictional. For instance, for the Scarlett Johansson character, we were thinking about Esther Williams [the swimmer-turned-actress who appeared in ‘aqua musicals’]. But we’re not trying to do Esther. It’s an Esther Williams-like character.’

So you riffed on what you already knew rather than headed to the library to research the film?
Ethan: ‘Yeah, we don’t do research. We just go: Oh, this character could be this and that, and you latch on to an idea that’s been rattling round your head rather than go and research things.’

We see a lot of movies being made in ‘Hail, Caesar!’. Do you feel fondness for that era in Hollywood and those types of films you recreate – the musicals, the westerns, the swords-and-sandals epics? They can look a bit creaky now.
Ethan: ‘Yeah. When we look at some of those movies we think: Wow, that level of craftsmanship is fantastic. Many of the reviews of “Hail, Caesar!” – good and bad – say it’s spoofing or parodying or satirising. What the fuck? I don’t understand that. Look at the Channing Tatum dance number. We’re not spoofing. We’re trying to do a good dance number!’ 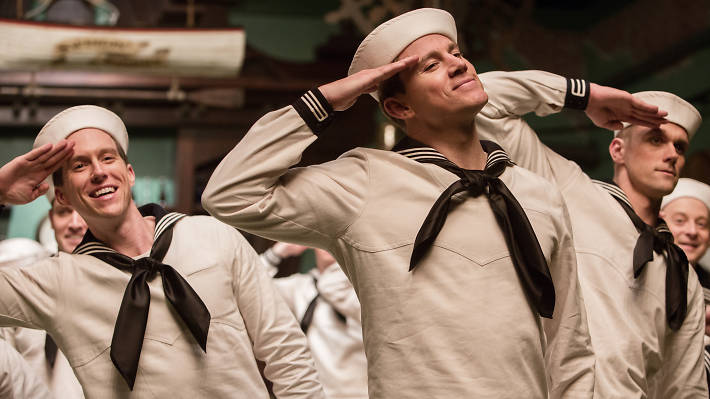 ‘Goddam! We should make a Hobie Doyle feature!’

Can you imagine making a whole film out of any of the movies you recreate in ‘Hail, Caesar!’?
Ethan: ‘[laughing] Well we talked about how much we enjoyed doing the westerns which the young actor Hobie [played by Alden Ehrenreich] stars in, both the action western and the singing western. We thought: Goddam! We should make a Hobie Doyle feature!’
Joel: ‘It would be a little tough getting it made…’

Your film jokes that the 1950s right-wing paranoiacs were right – there were communist writers trying to get their ideas into movies…
Joel: ‘Just because you’re paranoid doesn’t mean they’re not out to get you…’

Whose idea was it to call a dog Engels?
Ethan: ‘Well, you know… it’s the right name.’

The hero, Eddie Mannix, is a Catholic anxious about his soul, and the film begins and ends with him in the confession box. It feels like you wanted to explore all kinds of faith. Religious faith, faith in the movies…
Ethan: ‘We thought that we’d make a movie about a Catholic, you know? We already made one about a Protestant: Jeff Bridges in “True Grit” was a very Protestant character. We’ve made a couple about odd Jews [bursts out laughing].’
Joel: ‘We kept coming back to the idea of the Holy Trinity. Eddie Mannix has a direct telephone line to his boss Nick Schenck in New York. Schenck is the God figure. Eddie is the Son of God, the son of Schenck.’

Who’s the Holy Ghost?
Ethan: ‘The Holy Ghost? The studio m-a-y-b-e? [bursts out laughing again]. The entire cosmos of the studio system?’
Joel: ‘We haven’t worked out that part of the whole theological structure.’
Ethan: ‘Don’t press us on that!’
Joel: ‘We’d get in trouble discussing this with a real theologian.’

‘Hail, Caesar!’ celebrates the genius and craziness of moviemaking in the early 1950s. Did it ever make you think: Why the hell have we spent over 30 years doing this ourselves?
Joel Coen: ‘Why have we spent our entire lives in that vineyard? Yeah. If you spend your life as a plumber or an academic or a politician, at the end of many decades of doing it you’re going to look at it in a different way.’
Ethan Coen: ‘Sure. Whatever faith you have, you have that crisis: what am I doing? [Laughs] Sure.’ 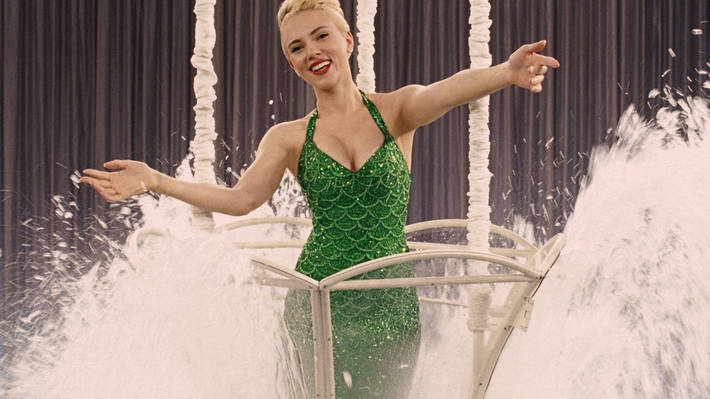 Check out the ‘Hail, Caesar!’ review 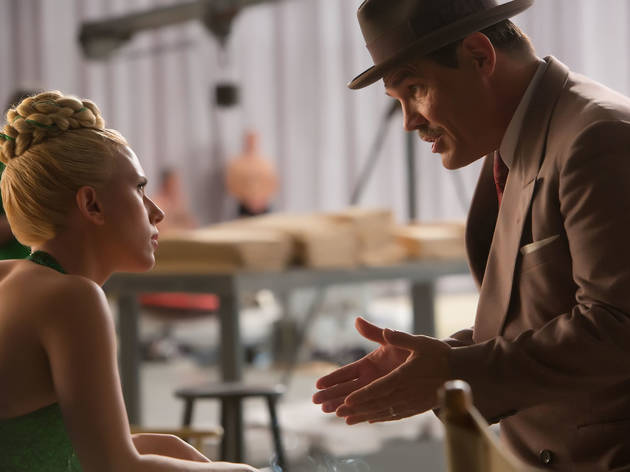 The Coen brothers re-unite with George Clooney and haul in an all-star cast for this typically leftfield comedy set in early-1950s Hollywood. 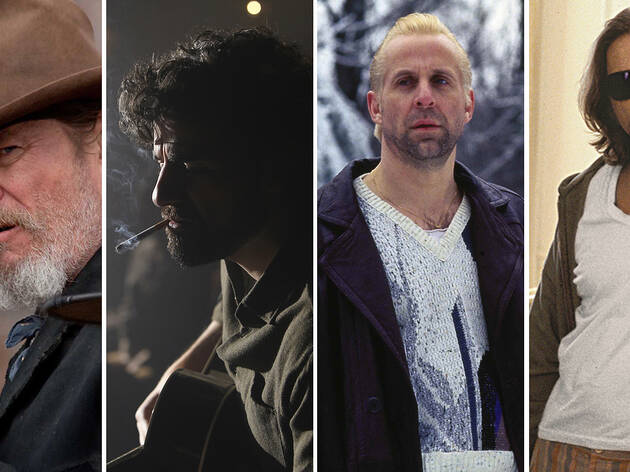 They’ve won Oscars (for 'Fargo' and 'No Country for Old Men') and they’ve landed prizes at Cannes (including for 'Barton Fink' and 'Inside Llewyn Davis'). But still there’s something eternally playful and youthful about the Coen brothers. We look back at two careers (one, really) steeped in movie history and streaked with an unmistakable dark humour.