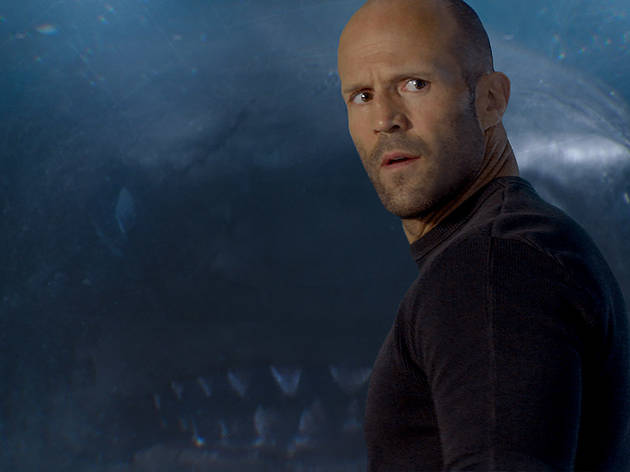 Despite all the blood in the water, this supersized fish tale is nowhere near as fun or frenzied as you'll want it to be.

Imagine a trashy empty-calories combo of ‘Sharknado’ and the gore-and-nudity-heavy ‘Piranha 3D’ – two horror movies loaded with loveable dumbness. Then dial back those expectations by several nautical miles, deep into mild 12A territory, and you have ‘The Meg’, a disappointment for fans of pure summer nonsense (I count myself proudly among them). Developed over decades from a 1997 Michael Crichton–lite science-fiction novel by Steven Alten, the movie is a Jurassic-sized pretender, summoning a 75-foot Megalodon shark – the movie’s CGI is somewhat watery – but little in the way of menace, suspense or even goony laughs.

No one is coming to ‘The Meg’ for originality, but connoisseurs of Jason Statham’s lunkheaded charms will find his portrayal of Jonas – a guilt-ridden rescue diver who thinks he’s quit the game until his ex-wife gets trapped on the bottom of the Mariana Trench – limited. (The mope-ragey Sylvester Stallone of ‘Cliffhanger’ would have killed in this.) Accompanying Jonas to a high-tech underwater research station off the Chinese coast are a wise-cracking billionaire investor (Rainn Wilson, soaking his every line in ironic geekery and spoiling the mood) and a somber team of scientists led by Suyin (Li Bingbing), a single mom with an adorable tyke in tow.

The funniest moments are fleeting, like the creature’s enormous dorsal fin – as huge as a tent – displacing water with a sound louder than a motorboat, or someone uttering the trailer-ready bit of ridiculousness, ‘Are you saying we opened a superhighway for giant sharks?’ Mainly, though, this Chinese-audience-targeted mega-production, frequently subtitled and just this side of cheesy, makes you feel like you’re watching a foreign film; even when the characters are speaking English, they seem dubbed (or drugged). The immortal ‘Jaws’ works because it injects pop-‘Moby Dick’ monologues and technical solidity into the mix. ‘The Meg’ proves only that, at least cinematically speaking, great-white movies may have finally jumped the shark.