Jessie Ware isn’t your average pop star – she’s way too nice. And honest too. ‘I’m not mysterious,’ she says within the first few minutes of our conversation. ‘I’m very open and I talk about everything. Part of this job is talking about yourself a lot, and sometimes it feels a bit gross.’

The 29-year-old Brixtonite is chummy, chatty and modest. In fact, she hasn’t changed since we last spoke to her – two years ago in Brixton Village market – before the release of her scintillating debut LP, ‘Devotion’. Some other things have changed, though. Like the fact that this interview is happening in Berlin, so that she can fit me in between a big festival gig, singing practice and other serious pop star responsibilities.

It all goes to show that Ware’s a full-time rising talent now, with an entourage to match. Team Jessie includes songwriters Ed Sheeran and LA-based crooner Miguel, as well as producers Two Inch Punch (who’s worked with Sam Smith) and Benny Blanco (Katy Perry and Ke$ha). Together they’ve amped up the singer’s woozy take on classic R&B, working her sometimes tough, sometimes tender, vocals into bold, radio-friendly tunes. The resulting album, ‘Tough Love’, is a highlight of 2014, and could elevate Jessie Ware to a new level of chart-dominating divadom.

It’s hard to think of her that way, however, as she sits in a sunny hotel courtyard, eating couscous and nattering about the fleamarket she wants to visit the next day. She’s a typical young south Londoner. She calls me ‘babes’ and drops F-bombs by the dozen. This summer she married her long-term boyfriend, who she’s known since school, and who is often left at home while she travels the world – him minding the house while she belts out anthems of unrequited love to huge crowds.

It’s quite a double life. One which she copes with by keeping her tongue in her cheek, her feet on the ground and her heart in Brockwell Park.

You broke out of south London’s underground bass scene, but you’re working towards the mainstream on ‘Tough Love’. Do you think that you can bring those two worlds together?
‘Yeah! Why not? I’m a bit of this and a bit of that. I love pop music and I love soul music and I love electronic music, and I don’t see why I have to be one thing or the other.’

But you don’t sound like them at all: the production is bang up-to-date.
‘I tried to make the songwriting quite classic and hopefully timeless, but with this fresh and modern sonic approach. I didn’t want to write a retro album. Like the track “Kind of… Sometimes… Maybe” has this old soul feel which we completely upset by putting a sound like a balloon deflating on it.’

A lot of the new songs have that big-hearted, big-lunged diva feel to them.
‘Yes, and I love the old-fashioned sense of “diva”, meaning Chaka Khan and Whitney Houston: this grand performance. But I don’t feel like a diva all the time. Sometimes I just treat it like a fucking chatshow when I’m on stage. My sound man tells me to shut up, because I’m asking the crowd, “So, what have you eaten? Who’s on a date?”’

You have a huge gay fanbase in America. What’s it like performing to them?
‘That’s when you really bring the diva out! They love it. And then I usually trip up, or snort, or do something accidentally and the illusion is ruined. Anyway, at the moment it’s tongue-in-cheek diva.’

How do you avoid taking yourself too seriously?
‘For me, it’s really important to have a person who can tell me off if I’m being too much of a madam. When you’re performing every night, it starts to feel more familiar than normal stuff – like just having dinner. That stuff is so important. And I’ve known my boyfriend – husband! – since we were very young, which helps.’

You sound so happy and settled, but there’s a lot of heartbreak in your songs – how’s that?
‘Well, unrequited love is one of my favourite themes. I still find it very easy to write about. I don’t know – maybe it’s some subconscious uncertainty that compels me to write that. But I’m in a really stable, wonderful relationship, and my songs aren’t necessarily all about me.’

Do you still live in Brixton?
‘I moved to Herne Hill. It’s less expensive, it’s quieter and I love being by Brockwell Park.’

Reckon you’ll ever leave London?
‘I’m starting to like LA a bit more [Jessie’s sister, Hannah Ware, is an actress based in Hollywood] – I never thought I would, but there’s something very enticing about the sunshine. But I want to be near my mum!’

And finally, the question everyone’s been asking lately: did you get Kate Bushtickets?
‘Uh huh! I’m going on the sixteenth. I can’t wait. I don’t want to hear anything [about it]! Don’t say anything. I’m so fucking excited!’

Twenty-two nights at Hammersmith Apollo! Could that be you in a few decades?
‘That’d be fucking great. But I think I need a few more songs under my belt first.’

‘Tough Love’ is out on October 6. Pre-order it here. 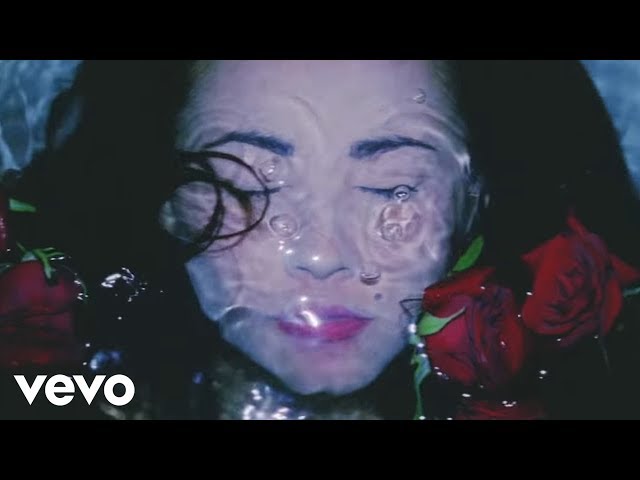