Jason Williamson and Andrew Fearn are in a King’s Cross pub, sipping mineral water while cheerfully bombarding Time Out’s photographer with mini sausage rolls. In contrast to their uncompromising onstage demeanour as Sleaford Mods, they’re understated and friendly company. However, years of disillusionment at the blunt end of the music scene have equipped the Nottingham duo with the tools to absolutely nail a particular kind of anxious, uncontainable yet inward-facing rage that feels perfectly, terrifyingly in tune with Britain – and specifically England – in 2017.

The bleak minutiae of modern life’s rubbish – the ‘English Tapas’ of their new album’s title – is their stock-in-trade. Against the backdrop of Fearn’s brutalist beatscapes, Williamson has become the most mesmerising frontman and lyricist in recent memory, mixing unsparing observation with spectacular vernacular explosions.

After years of struggle, deep into his forties, Williamson has the air of a man whose time has finally come. Even when he’s chucking sausage rolls around.

Where did the album title ‘English Tapas’ come from?

Andrew Fearn: ‘I was in a pub with my partner and “English Tapas” was written on the menu board. It was one of those independent pubs you get that try and impersonate Wetherspoon’s. They’ve had a facelift and you get a mug with a spoon with a number on it when you order food. It was a mini scotch egg, pickle, a cup of chips. That’s a new British thing, isn’t it? A cup of chips as a way of giving you fewer chips.’

This must be a very fruitful time to be making music about current events.

JW: ‘All of these huge current events are the same atrocity under different names. But what I write about is the after-effects of the culture we consume. For example, when you see someone on “The Andrew Marr Show” talking a load of bollocks, what does that actually feel like? That’s what concerns me. It’s about trying to conjure up the energy of the times, and finding the personal aspect to these bigger things – whether it be the coalition, the Conservative government, Brexit or Trump.’ 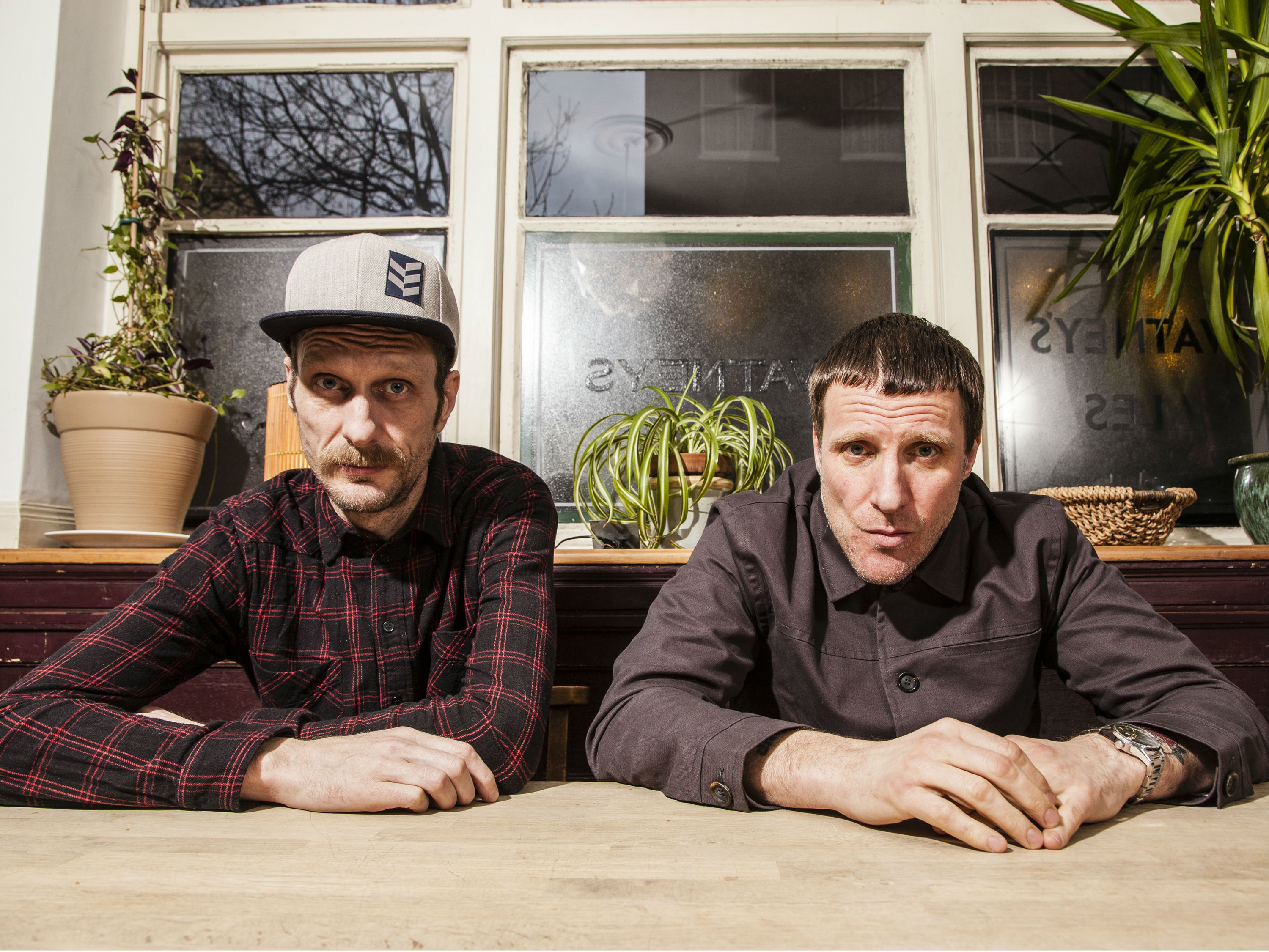 ‘If you’re a benefit claimant or you’ve got an illness, you’re fucked. Unskilled workers, they’re fucked’

This powerlessness is something you address specifically in the song ‘BHS’, isn’t it?

JW: ‘That line “All the able-bodied vultures monitor and pick at us”: it’s basically how I see this country now. If you are at the mercy of your wages, or you’re a benefit claimant or you’ve got an illness, you’re fucked. Unskilled workers, they’re fucked. And you can see the insecurity on people’s faces. You’re on your own. No one gives a flying fuck anymore. It’s every man for himself.’

Do you welcome bands re-engaging with politics?

JW: ‘Most of the bands I hear who try and respond are just using fucking slogans. People haven’t got any experience of it. Our way of talking about it comes from tragedy and failure.’

AF: ‘When you’re young, you’re all like; “Fuck Cameron!” It doesn’t work. It’s not enough just to say that. But it is happening. Hip hop has become the new folk music, the new people’s music. It’s how working-class people tell their stories now. It’s a time-trodden thing for people to want to do and hip hop is the tool that people have at the moment.’

Sleaford Mods’ success happened comparatively late for both of you. Do you feel lucky to have found each other?

AF: ‘Definitely. To have some kind of response now is incredible. We were both at a stage where we’d tried everything. Jason had done loads of band stuff [as Sleaford Mods]. I’d done lots of electronica but I wasn’t that enthralled by it. I felt like it was the end days, like there was no point to it.’ 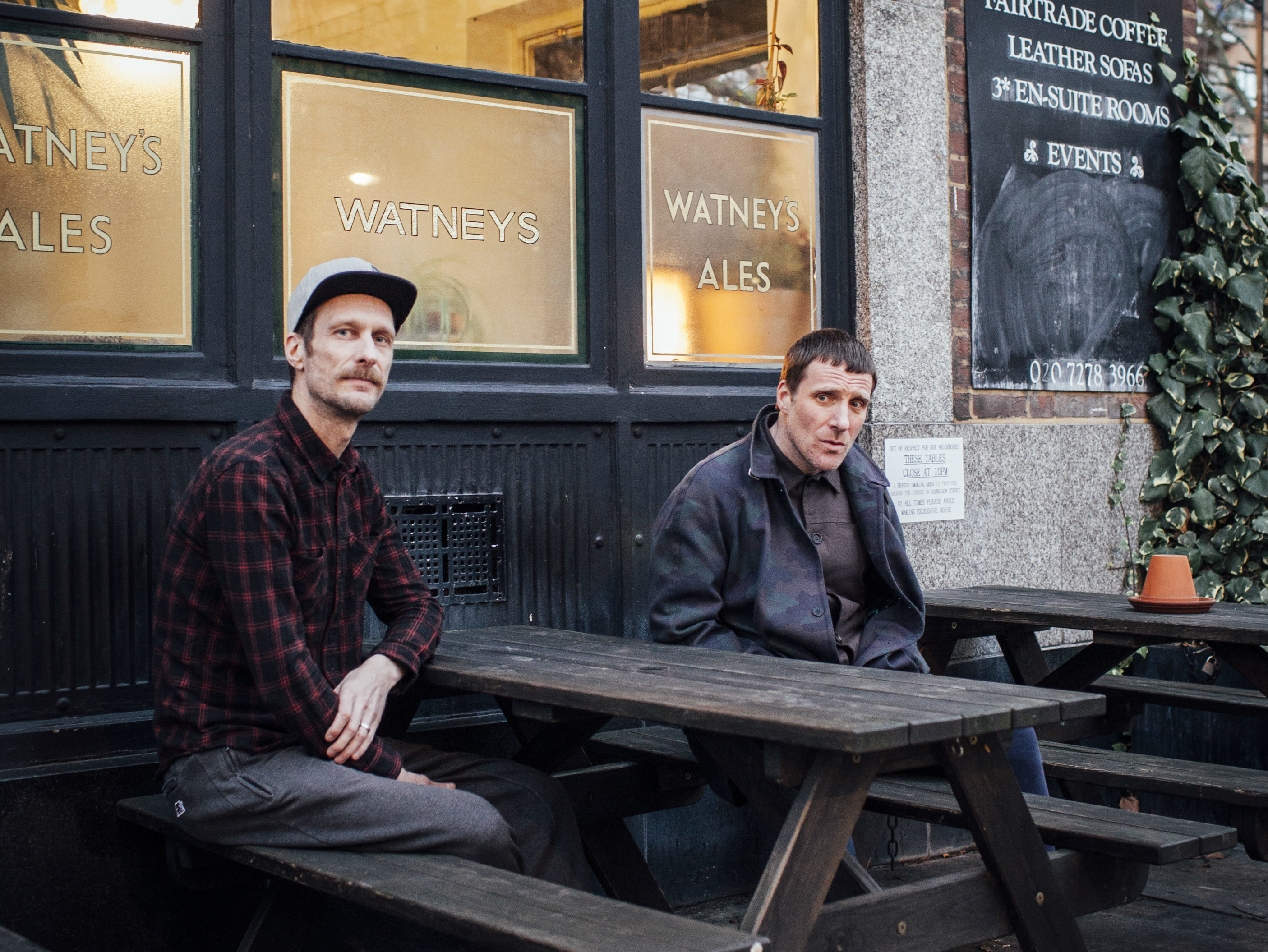 'No one gives a flying fuck anymore. It’s every man for himself.’

How has that experience shaped what you do?

JW: ‘We were both desperate to keep going. We’ve stuck to it, thought about it, dissected it, tried this, that and the other, on our own and together. By the time we met, I’d got far enough with Sleaford Mods on my own that I knew what I wanted to do vocally. Andrew transformed it. When we got together, we had all this experience and this disdain. I realised that Andrew was just as angry as me. He’s kind of the body of it, really. His taste and decisions and influences really are the main crux of Sleaford Mods. Vocally, I just put a nice little bit of icing on top of the cake.’

How do you view London in relation to the rest of the country? Is it an isolated, gentrified island?

JW: ‘Is it middle-class and gentrified? Most places are. I live in a middle-class area. I don’t want to live in a tower block. No one does. So it doesn’t really bother me. If you look around in London, it’s not changed so much that if you went round the corner from here there wouldn’t be somewhere that’s not as nice. You can’t really disguise anything in London.’

The sound of marches 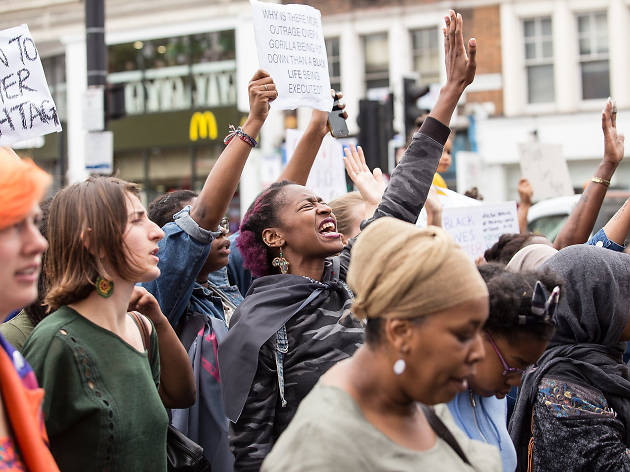 Some of the most powerful moments on recent marches and demos have been when passionate people were united by brilliantly politicised music. Here are some of the songs that are currently chiming with a new wave of global protesters.