With more than 1,600 paintings on display, Madrid's Thyssen-Bornemisza museum houses one of the largest private collections in the world. We’ve selected ten masterpieces from over 700 centuries of art that you simply must see. 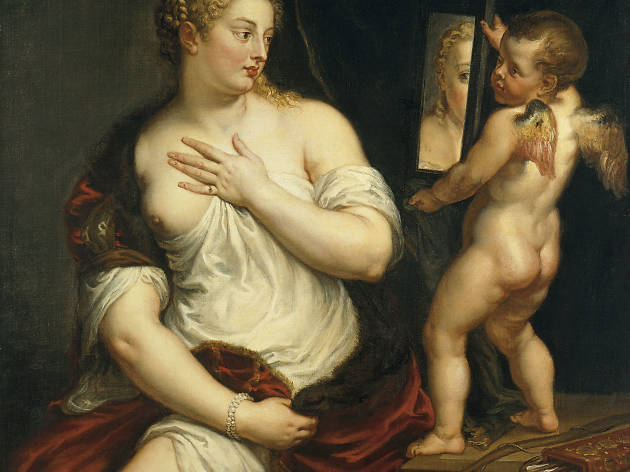 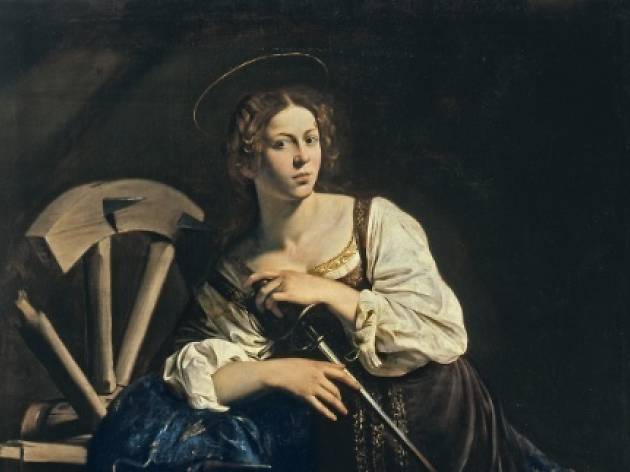 There’s some doubt as to whether Saint Catherine of Alexandria was a genuine historical figure, but the woman portrayed in Caravaggio’s painting has a startling freshness and immediacy. She is thought to be Fillide Melandroni, one of Rome’s most successful courtesans, who frequently modelled for the artist. Behind her stands the wheel on which the saint was sentenced to be executed, but which flew to pieces at her touch. 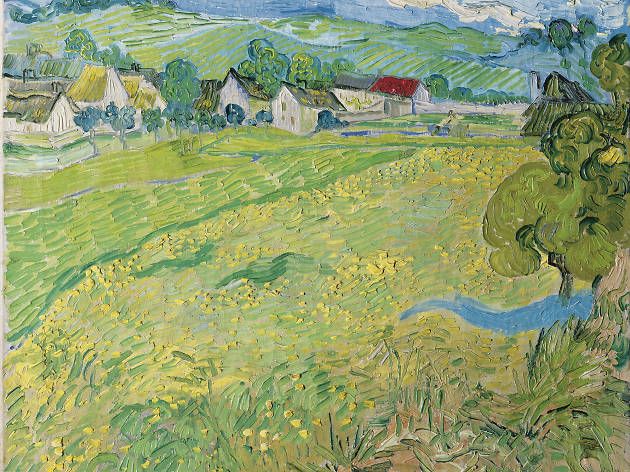 In the final months of his life, Van Gogh moved to Auvers-Sur-Oise. It was a time of incredible productivity – he painted 70 canvases in as many days, frequently landscapes, like this one, featuring simple cottages, a few trees, yellow and green wheat fields in animated, rippling brushstrokes. There’s a sense of freedom and vitality in these paintings, but also the 'sadness and extreme loneliness' he described in his last letters to his brother Theo. 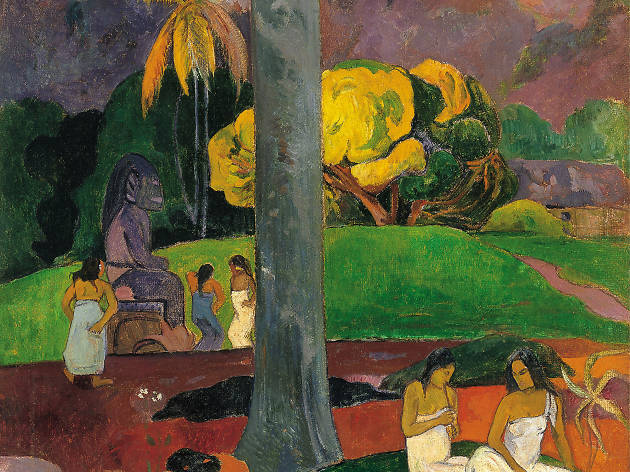 In 1891 Gauguin traveled to Tahiti, hoping to find a tropical paradise, free from ‘everything that is artificial and conventional’. The reality was different, but inspired some of his greatest paintings. 'Mata Mua' depicts the worship of the moon goddess Hina, in bright, flat colours: an evocation of simpler times, and a sensual connection to nature that was already being lost. 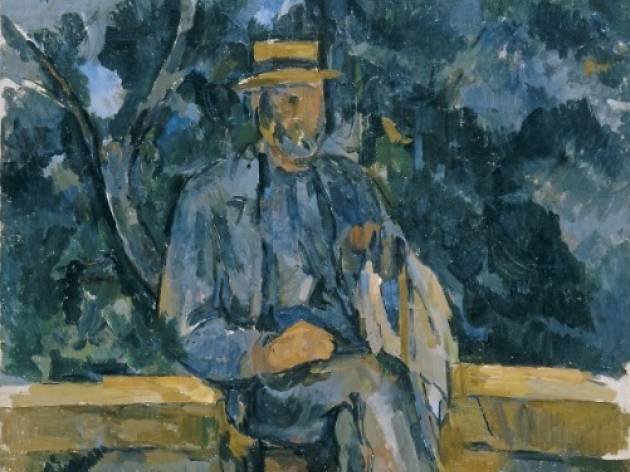 Toward the end of Cézanne’s life, the controlled arrangements of his earlier paintings became freer, geometrical brushstrokes unifying form and colour as the artist sought out the inner truth of his subject. In this open-air portrait, the gardener sits on the terrace of the artist’s studio, dressed in heavy blue work clothes, cutting a solid and prosaic yet enigmatic presence. 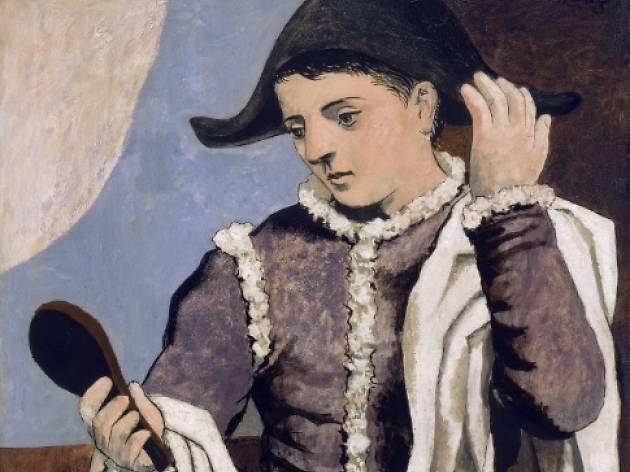 Imagery drawn from the circus and the commedia dell’artewas an important part of Picasso’s private mythology. In this painting, which began as a self-portrait, the figure wears an acrobat’s costume and harlequin’s two-cornered hat, while the characteristically sculptural, physical treatment of the body shows the classical influences Picasso had incorporated into his style after 1917. 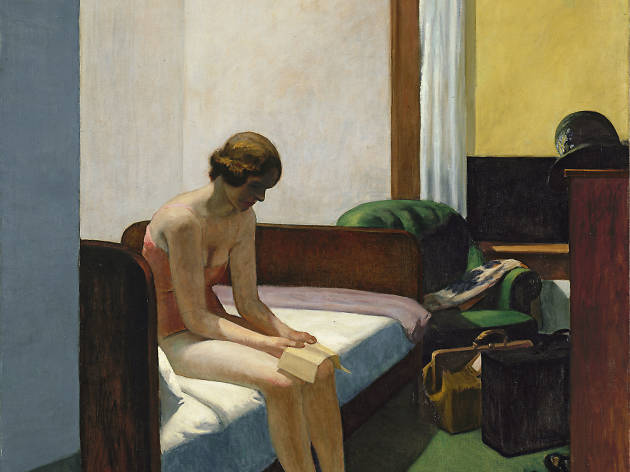 Hunched forward on her bed, an anonymous woman in an anonymous hotel room checks a train timetable, her clothes draped over the chair next to her luggage, her face lost in shadow. The apparent simplicity of Hopper’s use of colour, his controlled lines and compositions, enable him to capture the loneliness and stillness of the crowded, ceaselessly busy modern world. 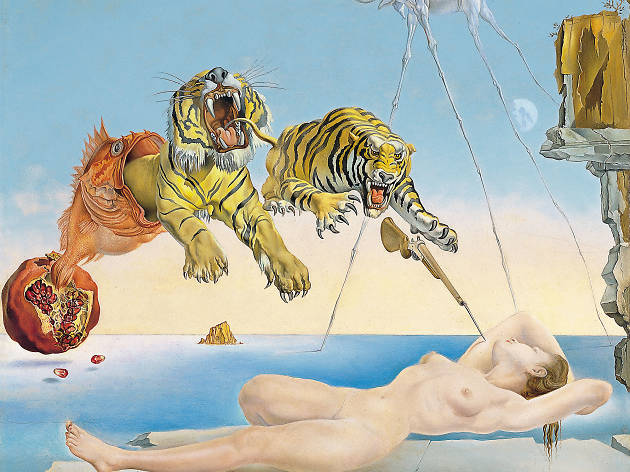 Salvador Dalí, 'Dream Caused by the Flight of a Bee around a Pomegranate a Second Before Wakening Up'
1944. Oil on panel. 51 x 41 cm

Dalí’s wife Gala sleeps, naked, above a seascape: the bee of the title buzzes round a pomegranate beside her, whilst a second pomegranate bursts to release a rockfish, two tigers and a rifle with a bayonet, representing the bee sting that will awaken her. Painted in the USA, it marks a return to Dalí’s earlier style, based on Freud’s theories of unconscious association – but it also anticipates the psychedelia of the '60s, an image that would inspire a thousand rock album covers. 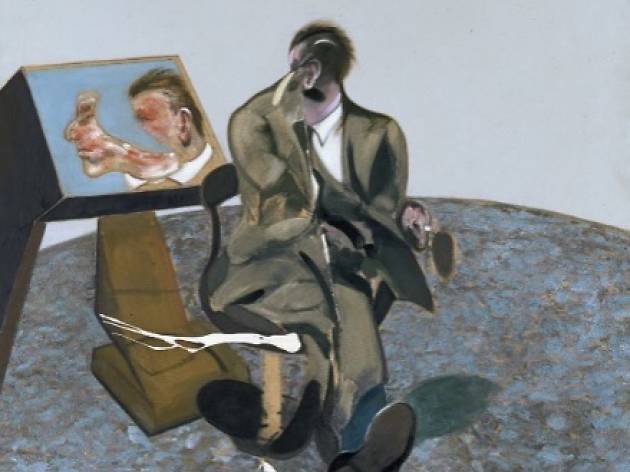 Famously, Francis Bacon came home one night and found George Dyer, the man who was to become his lover and muse, burgling his flat. This double portrait captures the latent brutality and the inner contradictions that attracted him to the younger man: his contorted body and the jaggedly split reflection of his face convey the human predicament, caught in the ‘brief interlude between life and death’. 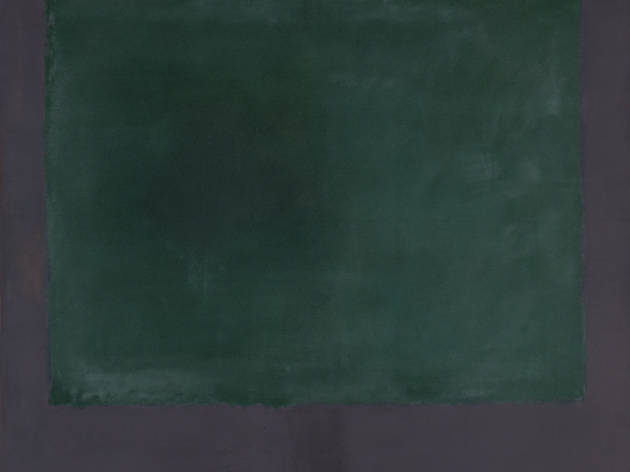 One of the greatest postwar American artists, Rothko applied layer on layer of paint in his mature period to create these monumental rectangular fields of colour, which draw the onlooker into a transcendent, abstract space. From the late '50s onward, Rothko’s palette grew darker, and these velvety, sombre greens and maroons are typical of his later work.