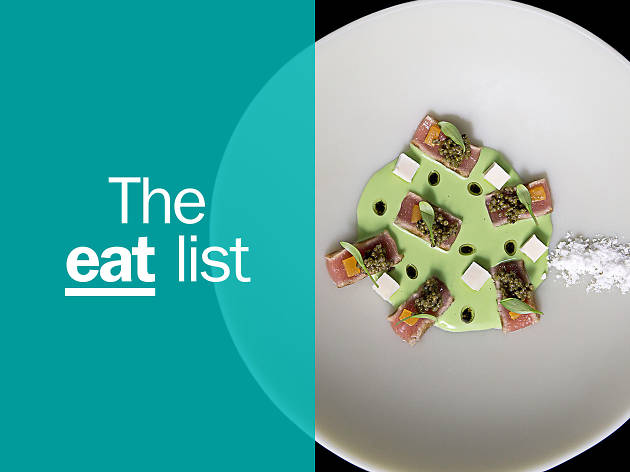 The 25 top Madrid restaurants you have to try 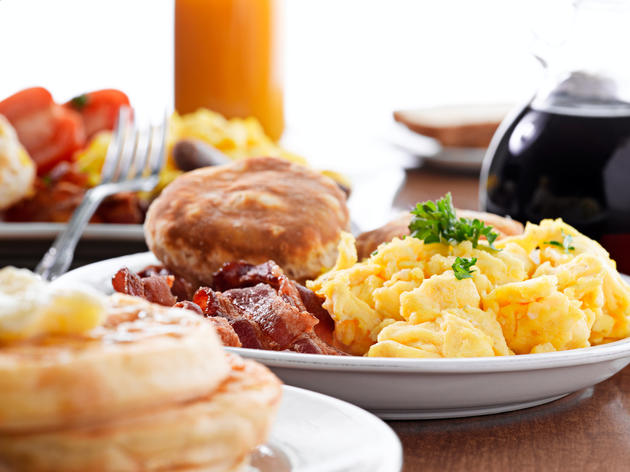 The best bars, restaurants and cafés for doing weekend brunch in Madrid 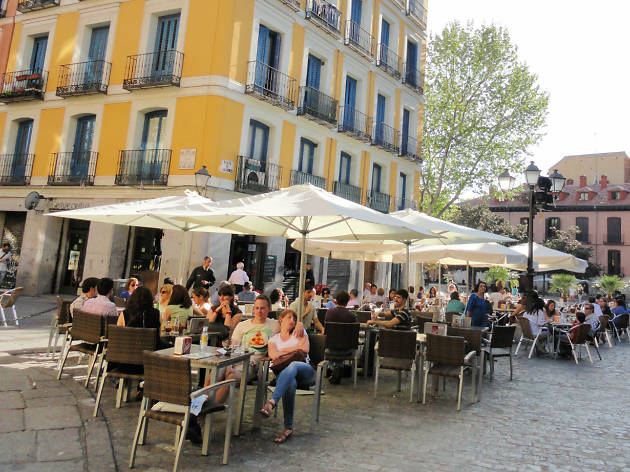 Fill up with delicious, quality food without going over your budget 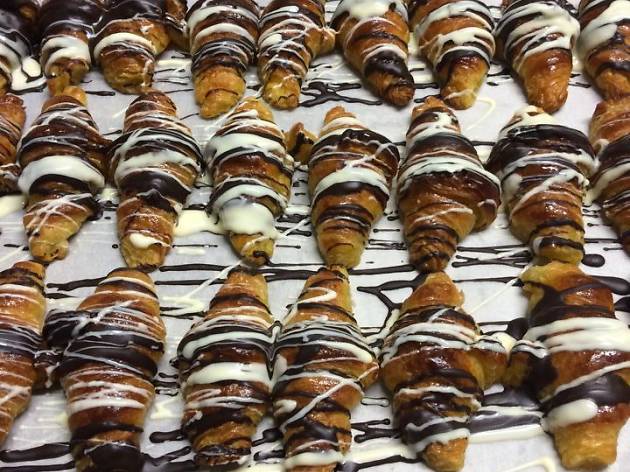 The croissant is a classic, irresistible treat that's never gone out of style, and these are Madrid's best 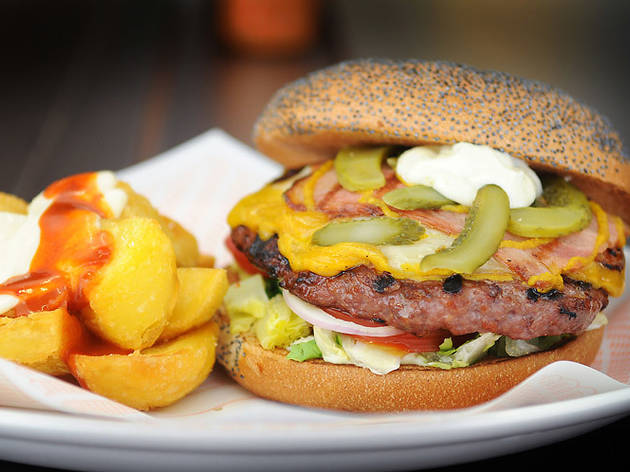 Hamburgers can be a true gastronomic delight, and Madrid does them up right 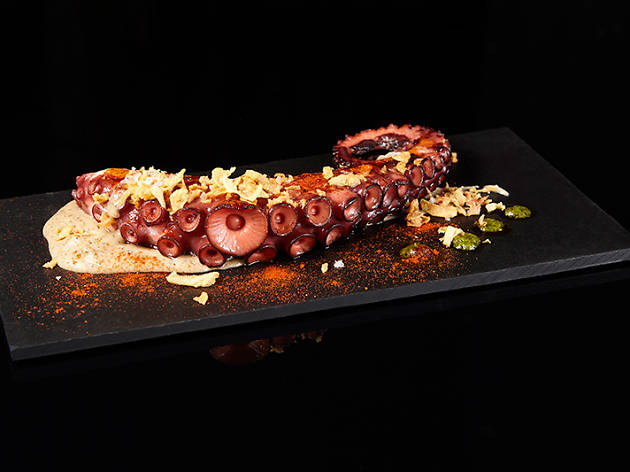 In the restaurant Café del Rey you will find exquisite and traditional dishes with a creative and urban touch. 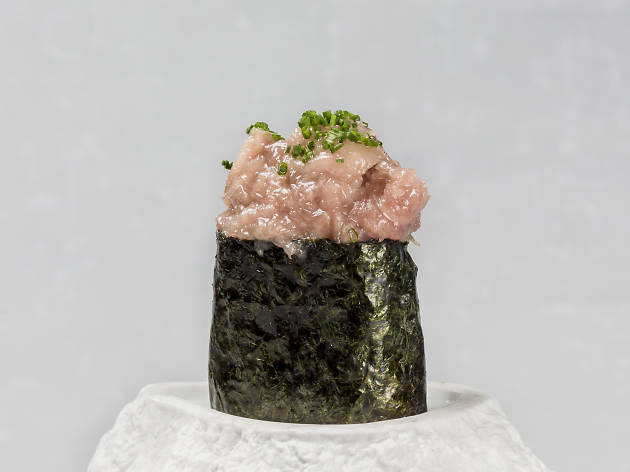 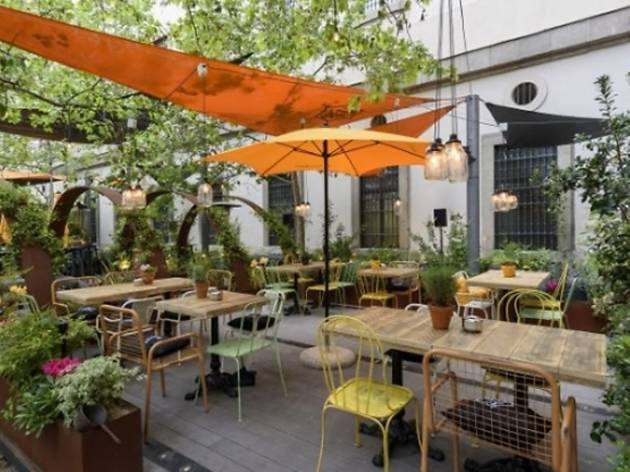 The new restaurant of Grupo Arzábal, gives you the possibility to taste the best traditional cuisine at any time of the day. 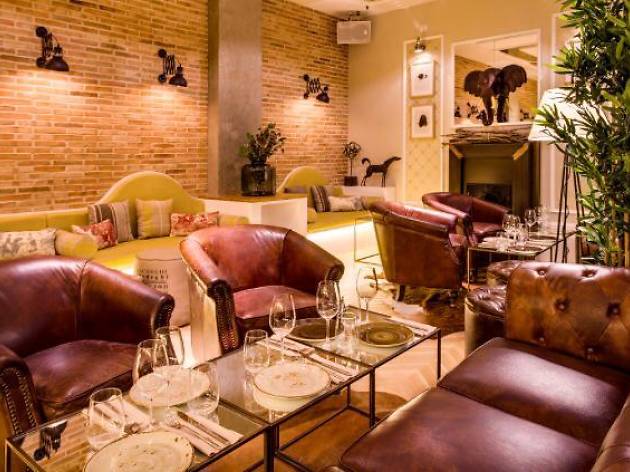 Juanita Cruz restaurant is located a few steps from the Alberto Alcocer, Madrid Avenue. This is an excellent restaurant serving international cuisine, the same group as other renowned restaurant Pipa & Co and Marieta. The gastronomic restaurant Juanita Cruz is fresh and innovative, is based on various cooked delicious cooked all with excellent raw materials from the best markets. In the restaurant's menu you will find tapas, Japanese specialties, delicious pizzas and other main dishes like ravioli with spinach and Galician octopus. 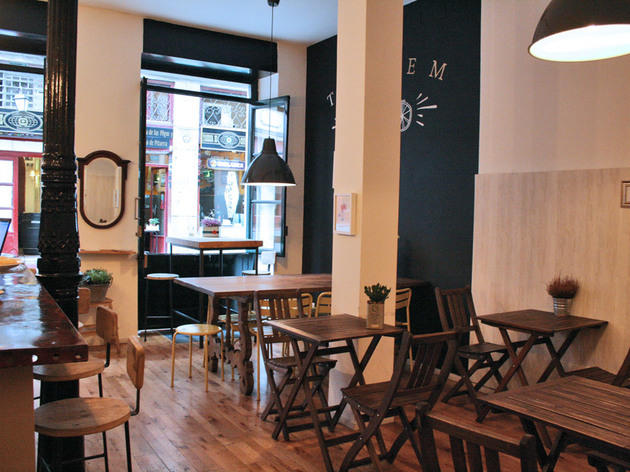 In the space of the now-defunct Motha, where you went to feel a bit happier (and which a few still miss), the little brother of TriCiclo now stands tall as one of the most successful restaurant openings of 2014 in Madrid. The new space shares a few winks and nudges with TriCiclo, such as its name – in tandem with the mothership and its location on the same street, just 100 metres away. In some cases the relationship is obvious. At first there was 'our Ferran's cannelloni' on the menu, and the same steak tartare. But now they've grown their own wings, they've got new goals, and Tándem is more casual, has a less orthodox timetable, and features a lighter menu. Although there is a bit of a trendy air about the place and it's managed to become a meeting point for a very mixed clientele whose ages range between 30 and 50, we could debate some interior décor decisions (as well as the comfort of the chairs and tables). But that's not much (after all, it's not intended to be a spot for lingering meals), which shows that the emphasis this time around is on the food, which does still have a bit of maturing to do (details such as the wine, which arrived far from its ideal serving temperature), but which opens up the already promising field of work for its three chef-proprietors. And now for the main attraction: the food. The seasoned oyster is a starter that sets the tone for the meal to come. First off, you get to choose between a touch of Thai or Peruvian for the seasoning. They're ou 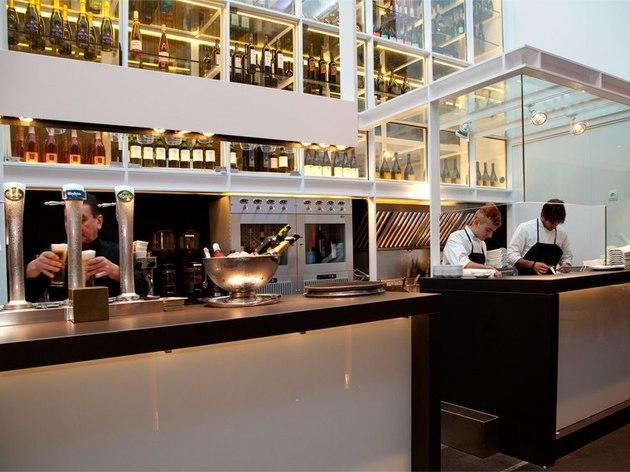 Haute cuisine through the creative talent of David García, a Basque chef with experience in the kitchens of Spain’s most important restaurants. An experienced team in front of house and top-quality ingredients (from 'presa ibérica de Joselito' to wild sea bass) make this restaurant a solid, growing concern. It’s popular with critics and already has one Repsol sun. 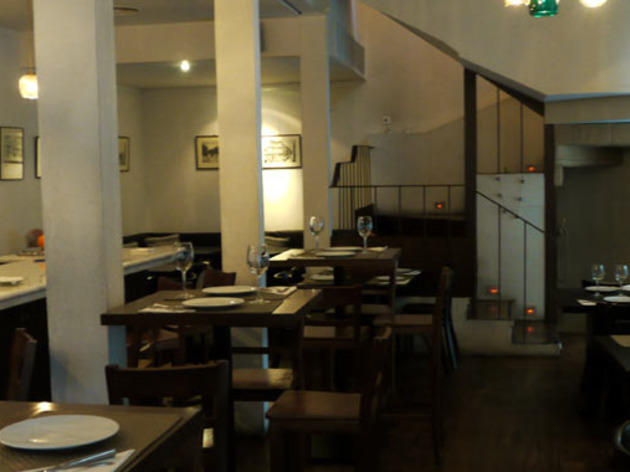 Two floors. Different menus. The lower floor (with a bar and a few tables) is more informal, with fast service and small dishes made for sharing. Prices are higher in the restaurant upstairs but the cuisine is also more elevated, featuring more intricate dishes with more select ingredients that take you on a journey to Sicily. 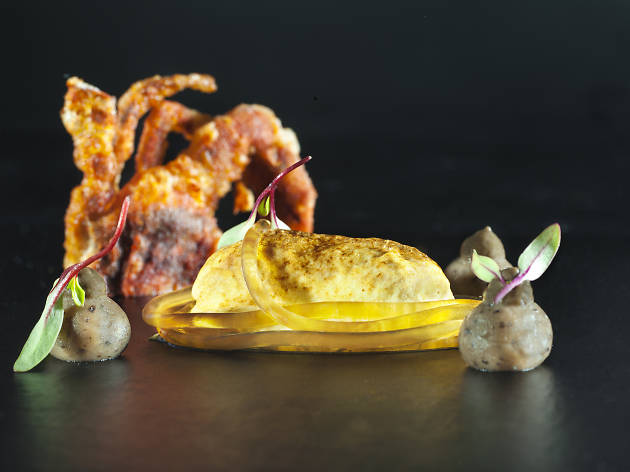 DiverXO's Michelin-starred chef, David Muñoz, is still at the top of his game, where he's been for years now. Many will remember 2019 as one of the best and most refined times in Muñoz's career. The waiting list at DiverXO is long, but it's always worth it once you get the chance to have dinner in this colourful space where surprises are the order of the day (you might find yourself eating sea urchin that's been served directly into your hand). The contrasts that explode with every bite are the house trademark. A three-hour dining experience featuring more than 20 dishes is something you won't soon forget. 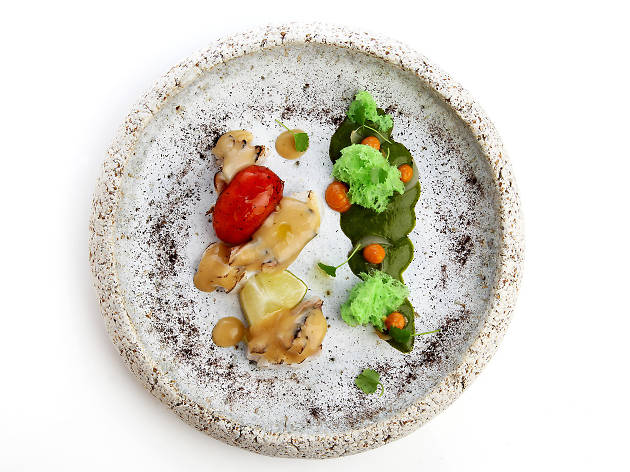 When your restaurant is chosen to be part of a hotel with the stars and pedigree of the Urban, you know you've made all the right moves. And Chef Aurelio Morales, who has demonstrated his shining talent everywhere he's worked, finally gets the applause he deserves at Cebo. The cuisine borrows from the Mediterranean coast but never forgets it's Madrid roots. You'll find typically Mediterranean 'espardeñas' but also traditionally local 'callos'. Choose between the two tasting menus (either 15 or 20 courses), which are prepared and to be enjoyed with emotion, daring, technique and flavour. You get excellent product with a deep contemporary soul, from a ceaseless and meticulous chef. 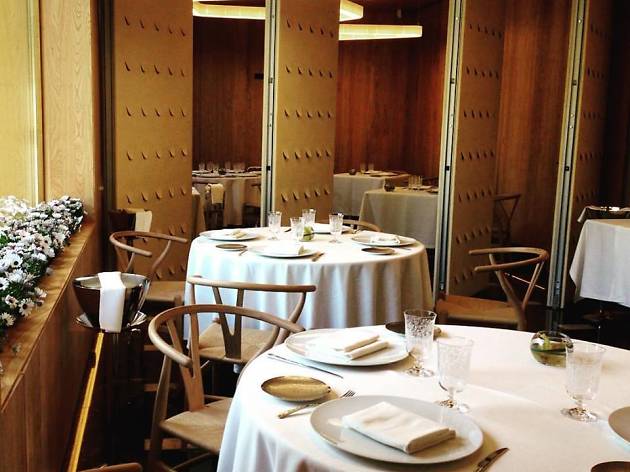 At this restaurant that José Antonio Medina heads up, the interior design manages to make a big impact while still creating a relaxing vibe. In addition to the main dining room (ironed tablecloths and lots of wood), there's a bar area that seats about 20 and where everything happens in front of you, with plenty of interaction with the chef and where you'll find the least traditional items and less formal order (the latest menu starts with the main dishes and ends with the starters). Each space has its own menu, but the Michelin star shines just as brightly in both. 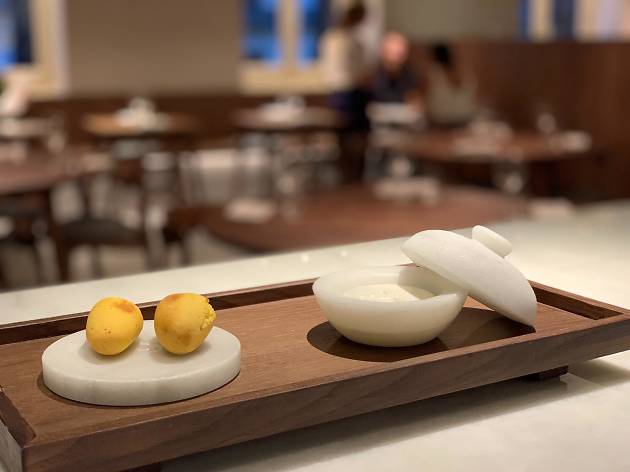 Diego Guerrero reaffirms his commitment in Madrid's Las Salesas area with a new space (DSpeakeasy), but DSTAgE is still his flagship restaurant, the canvas where he paints his most daring, personal and successful works of art. You'll find an industrial aesthetic and a casual atmosphere in the dining area; while the kitchen overflows with talent and technique, which comes from round the world (from Mexico to Japan) to turn ideas into singular dishes. You'll choose from two tasting menus to get a complete taste for what they can do. 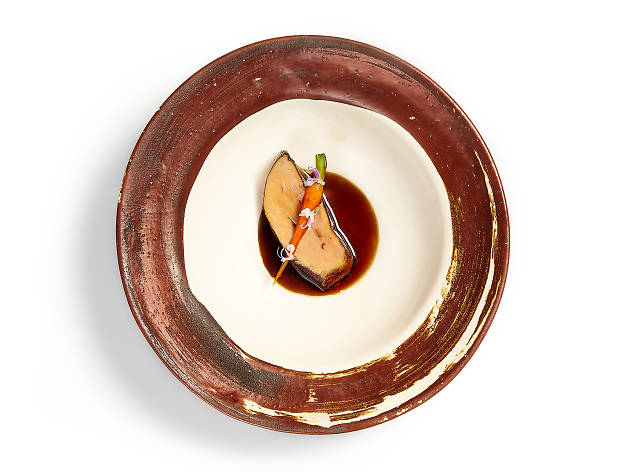 You might not know it, but this top-rated flamenco tablao in Spain's capital city also boasts a restaurant with four tables and a Michelin star, where Chef David García, an unquestionable master at the hobs, is at the helm. Corral de la Morería also proudly presents a wine cellar that's a temple for any fan of wines from Jerez in Andalusia, with about a thousand vintages to its name. Always held to premium standards are excellence when it comes to raw materials (the way they handle fish 'kokotxas' will wow you), simple but complete dishes, restrained avant-garde and the Basque tradition the cuisine is based on (in fact, the seafood dishes here are superlative). 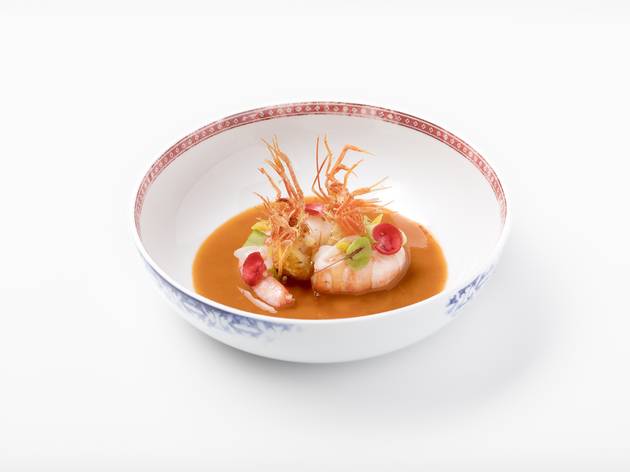 This prestigious restaurant has passed from parents to their children. But we're not talking about any ordinary family: the surname Sandoval has been synonymous with quality cuisine for generations. Mario is the chef in charge of keeping in line with tradition and at the same time injecting innovation into every Coque dish. The restaurant's cutting-edge oven and the wood it employs for roasting are the distinguishing marks of this kitchen that has earned itself two Michelin stars. An impeccable dining room service, simple decor and two complete tasting menus with an option to pair with wines complete a unique gastronomic experience.

Eat at the best restaurants in Europe 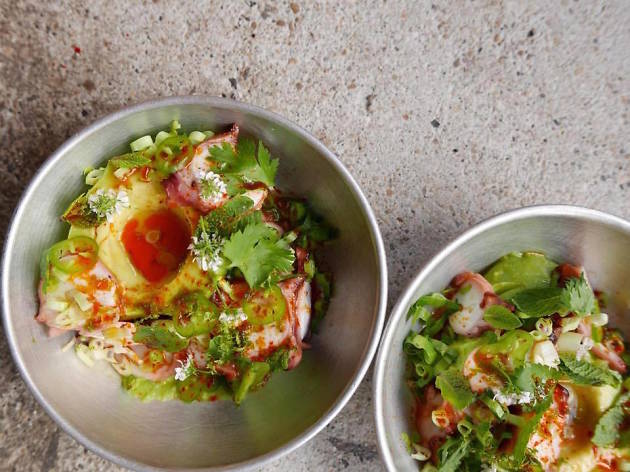 The 50 best restaurants in Paris

The search for a decent place to eat may feel a little daunting here, but we think we can help 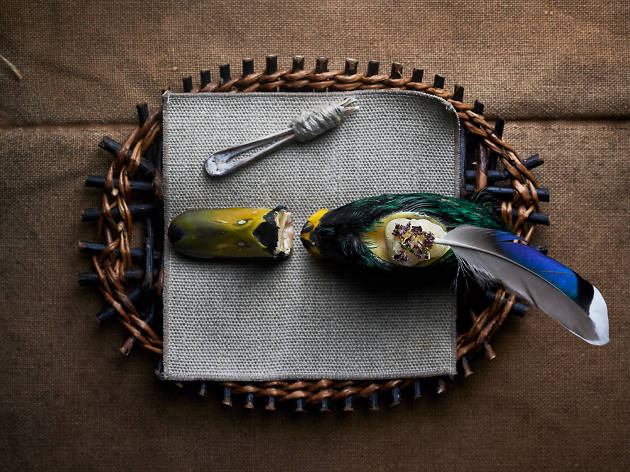 The 12 best restaurants in Copenhagen

How to navigate one of the world’s most exciting food scenes, in 12 simple steps 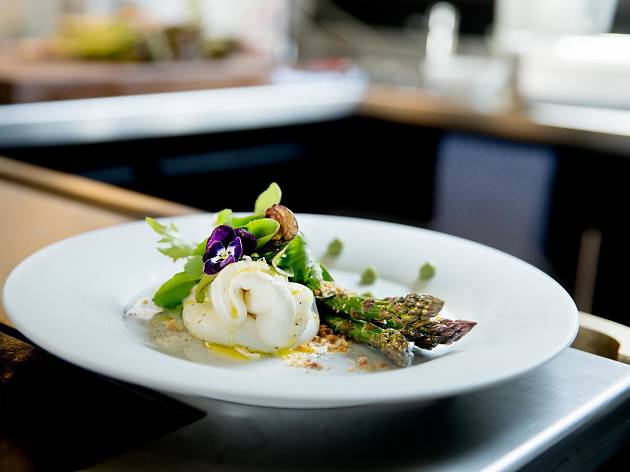 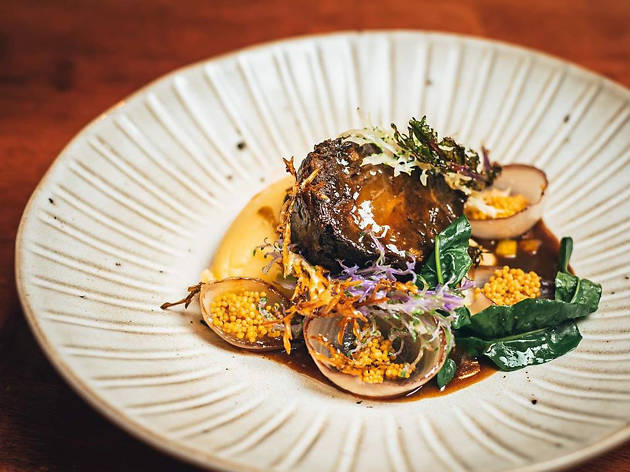 The 15 best restaurants in York