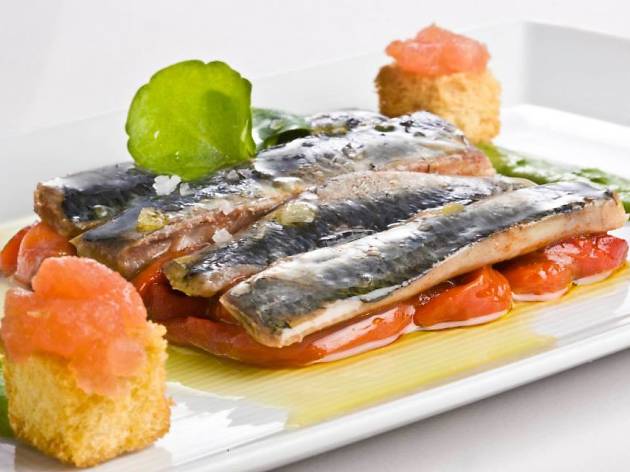 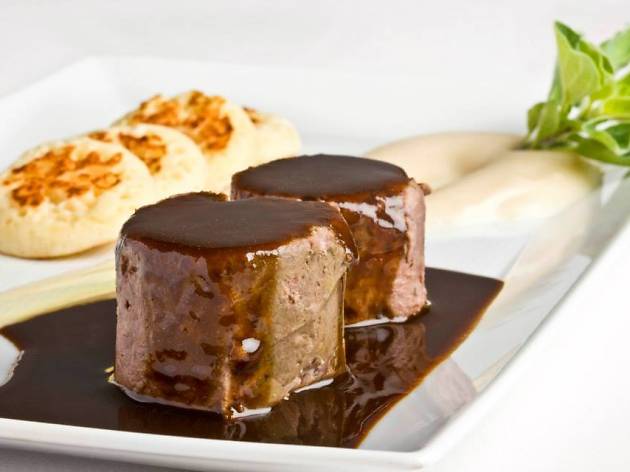 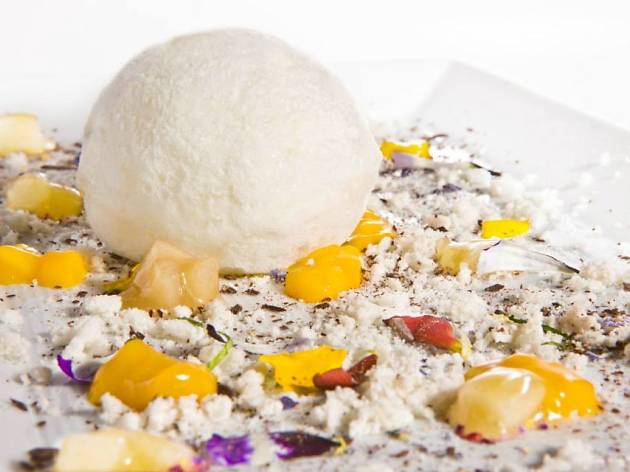 You can eat what are probably the most famous croquettes in all of Madrid here at Viavélez. This is not the only dish that shines, far from it, but it if you've heard of Viavélez, it's most likely the reason. Paco Ron is a wizard in the kitchen, and his spectacular croquettes are made with ham and prawns, and they're big, creamy and delicious. But there are things on the menu we like even more.

Ron's traditional personal cuisine, with influences from Asturias, where the family ran the first Viavélez, parades through a lively tavern on the street level and a modern dining room downstairs. In both spaces he cooks up traditional recipes, without putting on airs, but with a creative, international and exquisite touch.

Maybe it's not noticed so much in the croquettes, or even in the amazing Russian salad that you'll always want more of, but it is in the deconstructed 'tigre'. A traditional tigre is stuffed mussels in the shell that are battered and fried. These are made from chopped Galician mussels and béchamel on one side, and on the other side (here's where the deconstruction comes in) the shell, which is actually a crispy wonton with squid ink that simulates a real shell. Other favourites where you can get a taste of Ron's signature are the mollusk with basil mayonnaise, the pork taco, and the prawn curry.

You cannot go wrong with a stellar stew, the tripe ('callos'), or the traditionally Asturian 'fabada'. These tend to feature in the daily set lunch menus along with other 'off the menu' items such as potatoes á la Riojana. If you like wine, definitely try some at the bar. There's a wide selection of wines and champagnes bearing both international labels and the best national ones. And if you're up for it, head down to the dining room to pay tribute to another Asturian dish, the 'cachopo' (two veal filets with ham and cheese between them). Do leave room for dessert: rice pudding or the scandalous caramelized 'torrija' (like French toast) with ice cream. In short, Viavélez serves up dishes based on quality product and flavour, without any more flair than necessary, but which demonstrates excellent knowledge and technique.