This space is discretely located in Anatole France street in the Polanco neighborhood.

In some way it maintains the same door policy as Envy: no tank tops, no shorts, no flip flops, no baseball caps. However, there is one glaring difference, getting in is much easier and, once inside, everything is way more chill than at Envy. Even the music is a little better. The DJ, whose booth is at the center of the dance floor surrounded by fish tanks, doesn’t play Nico from Noze (one of the current house trends), but he does spin a good hip hop set that’s replete with lesser-known hits but, also makes time for Single Ladies by Beyoncé. If only to watch dudes in three-day stubble try to imitate her iconic dance moves.

Guilt is only open on Saturdays so, getting in can be tricky since there’s usually around 1,200 people wanting to get in and the capacity is around 800. But, according to Carlos Torres (one of the Guilt founding partners), pizzazz is much more important than clothing if you want to get in. A “Guilt attitude” is a desire to have fun and be well-dressed but, a brand-new pair of Marc Jacobs jeans will not guarantee you a place inside.

The red and gold framed mirrors dominate the interior landscape and the drinks are cheap. A beer runs 50 MXN, mixers around 80-100 MXN and it’s worth springing for the house shot: The Human Sacrifice. Guilt is usually really crowded, too. Som, going to the bathroom can take several minutes of shuffling and rubbing between bodies but, hey, that’s not a bad icebreaker.

Euphoric is the only way to describe the party vibe in here and one of the regulars, Ofo, says this is the place all the pretty people go. He refers to Guilt as an Envy’s evil twin and the black sheep of gay Mexico City clubs because it’s the only one that “had the balls to open outside of the Zona Rosa (Red Light District). 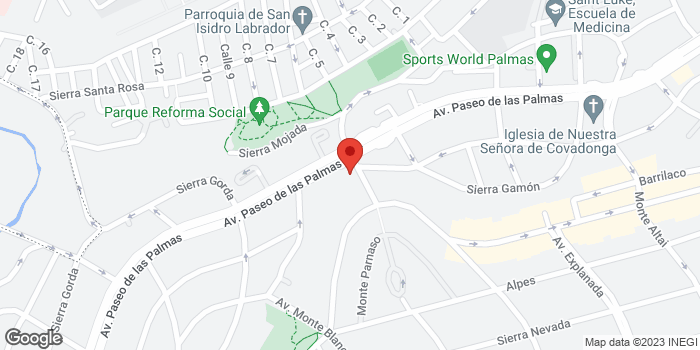