It’s located through a non-assuming door on Insurgentes Avenue, just before Michoacan street. For many, this spot is well-known but, for the younger crowd (24 and under), it might look like a northern Mexican cantina because of the double doors at the entrance.

Tom’s has already cemented its classic status and it’s not been easy to replicate it anywhere else; neither it’s vibe or the grabassery that goes on in here. It’s the only one of its kind to survive the late 90s as a pioneer of the idea that men could be daring and exhibitionists while dancing and hanging out. It’s not the same as places like Taller, on Florencia Street or La Estación on Londres in the Zona Rose (Red Light District).

Inside there are intensely high ceilings with gothic-style beams. The decoration is not unlike the set of Gladiator – the Ridley Scott movie – but, with suggestive paintings of men mounted on golden frames. The lighting consists mostly of dimly-lit lamps and chandeliers.

The layout is that of a long hallway with two bars at each end with metal drink holders and stools scattered throughout. It’s not easy to grab a seat since there are few stools and they’re usually occupied. Hence, you’ll spend most of your time standing – at least we’re not wearing heels. There are a few TVs throughout the place, one of which is strategically placed above the entrance of the “dark room” - it’s very predictably screening porn, btw and we have to admit: it’s a great ice breaker. Perched above the dark room and the bathrooms is a small lounge with comfy armchairs where there’s also a bar. But, the draw is the panoramic view of the whole place.

Classic Tom’s Leather Bar tradition is the following: the DJ will play a María Callas tune and a slew of strippers gets up on the bar and starts to deliver a choreographed routine, it’s interesting because the music is about as average as the size of the strippers’ junk.

The music is generally almost danceable and although you do hear some Shania Twain or Cher, it’s usually more Depeche Mode and a few randoms like The Postal Service, The Jesus, or Mary Chain. This is all very unusual for a Mexico City gay club and we love them for it.

In case you were wondering, women aren’t allowed in here but, any and all men are received with open arms. The door policy is lax but, it’s rumored that the uber-effeminate type to put on an impromptu choreographed dance performance to Latin pop star Belinda’s hits are not exactly commonplace here. That’s true to some degree, they really don’t play Belinda here, but the place is still very tolerant and inclusive of all types of men. It’s not uncommon to see men show up alone and experience minimal resistance upon striking up conversations with strangers. It’s really up to you and how gutsy you’re feeling.

The dark room can resemble a subway car during rush hour on the weekends. And while this can be exciting, it can also be uncomfortable and even suffocating at times. However, don’t worry once you work your way through the first time, you’ll be making up excuses to “go to the bathroom.” The good thing about this dark room is that, unlike others in the city, there is a bouncer making rounds to keep things from getting out of hand.

Drinks are cheap here, around 35-60 MXN, and one of the most popular days are Tom’s Tuesdays where drink specials reign. It also seems to be the day when the most uninhibited crowd who couldn’t care less that the work day starts in only a few hours are drawn to Tom’s.

Although, it’s true that it lacks a lot of typical characteristics to be considered a true San Francisco leather bar, like glory holes, mazes, and slings, Tom’s is the closest you’ll get in Mexico. Even if they do let you in with a neatly-pressed pink button-up and smelling like your favorite designer cologne, what we love is that it’s up to you to give it that “leather” feel. 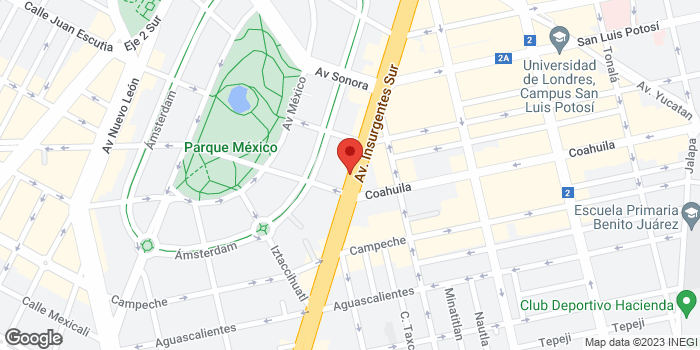