The selling point of this museum – the most visited in all of Mexico City - is that it was the house where Frida Kahlo was born, lived her life and died. When one enters the Blue House, they’re transported immediately to Frida’s universe, and within it, you’ll find not only her most famous works like “Viva la Vida” and “Frida and her Cesarean,” but also diaries, dresses, mirrors and even her bed. In fact, her ashes can be found in what was her bedroom.

This house is history in itself, being that it became a meeting point for the city’s Bohemian set in the 1930s-40s. Diego Rivera lived here as well, and continued to live there after their divorce, in a separate room that now presents part of the muralist’s pre-Hispanic collection.

Diego Rivera had asked Dolores Olmedo to turn the house into a museum after they had both died, leaving it completely open to the public, with the exception of one bathroom, which could be opened 15 years after his death. Those 15 years turned into 50, and upon opening the space, thousands of documents, photos, dresses, books and toys were discovered. There was so much new material that they ended up converting the neighboring house into an additional showcase.

The museum offers dramatized guided visits during the day, and at night with jazz music accompaniment. Tickets for these visits go fast, so it’s recommended to buy in advance.

Take advantage of the transport service between this space and Frida Kahlo’s Casa Azul Museum for $100 pesos. The price includes entrance to both museums. 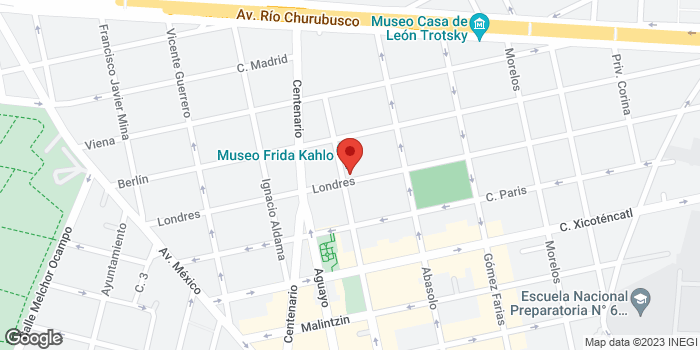