This venue is perhaps one of the most emblematic of Mexico City. Not a fortnight passes without "the copper dome" hosting a world-class event. It was built for the 1968 Olympics by architects Felix Candela, Antonio Peyri and Enrique Castañeda Tamborelli. They were inspired by the construction a structure by the same name that was created by Pier Luigi Nervi for the Olympic Games in Rome, celebrated eight years earlier.

At first, as the name suggests, it was used for sporting events, especially basketball. But, with the passing of the years has served as a space for fairs, conventions, boxing, wrestling and even Bullfights.

Ironically, the main activity of the colloquially known as "Palacio de los Rebotes" (Palace of the Echoes) are the concerts. In recent years several modifications have been made to the interior of its roof to improve the acoustics and, fortunately, it’s getting better. There are so many artists that have performed in this venue that it would be impossible to name them all, but among the most well-known are Paul McCartney, Roger Waters, U2, KISS, and Mexican sweethearts Café Tacvba. 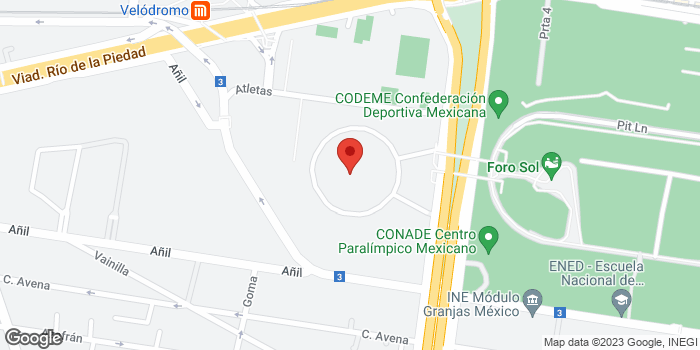