This seafood joint straight out of Guadalajara is out of this world. From the outside you might not understand that it’s a totally new concept. But, once inside, you get views into the kitchen and the bar. Is this seafood market?

First things first: a Clamato La Docena, made with Union Light an exclusive La Docena brew by Cervecería Minerva. We paired this frosty, refreshing liter with oysters because, well, that’s why we’re here. And because the clean profile is a perfect complement to the salty oysters.

Then, we had the obligatory shrimp aguachile (cured-shrimp cocktail) and we don’t even know where to begin, the carrot juice, orange, ginger and habanero are an absolute home run. It’s fresh and citrusy, and it’s the only aguachile we’ve had that has ginger and carrot. The presentation is great, too. The shrimp is presented in a tower, so you can bathe them in the acidic deliciousness as long as you want.

But, back to the oysters - it is an oyster bar, after all. This time, we had them cooked since our server recommended we try it. The order is either a half dozen or a full and they’re bathe in butter, olive oil, garlic and parsley and then, grilled. You really don’t need to add anything to them but, who can resist a squeeze of lemon?

Next up was the soup: an oyster chowder. We were excited about it but, it fell a bit flat because the bacon overpowered most of the oyster flavor and the potato was undercooked. We quickly got over this misstep when the Louisiana Creole classic Po’ Boy showed up. We got the shrimp variety and it did not disappoint. It was massive and served on a perfectly crunchy baguette with tartar sauce, house mayo and ketchup, and it was teaming with spicy shrimp. These things are addictive to say the least and some of the veggies are organic and grown locally, they’re so good we don’t like sharing them.

If we didn’t sell you with the seafood, then we’ll do it with dessert. The only offering is the dulce de leche volcano with house-made banana ice cream. When you cut into it, it’s almost like the scrumptious oozing is in slow-motion.

Finally, if you’re a drinker, this is also your spot. We recommend a Hendricks and cucumber or a salmoncito. Better yet, try the pingüino: a lemon soda, vodka and white or red wine concoction served in a liter or half-liter jar – this one can go straight to your head so, watch out!

This spot is a welcome addition to our capital city. It’s a place that delivers on its promise to offer phenomenal service and a high-quality meal. 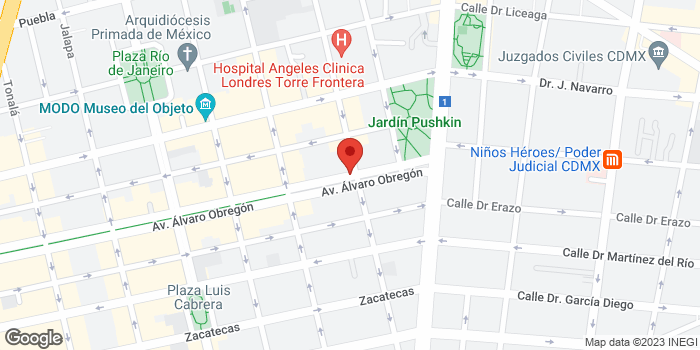