The Parque General San Martín is commonly known as Parque México for the name of the street with which it aligns. It measures more than 88,000 square meters and is one of the most visited sites in Mexico City.

It was built in 1927 and designed by architect Leonardo Noriega and engineer Javier Stávoli. It’s oval-shaped because of the horse track that it was built on, and owes its aesthetic to art deco, which an be appreciated in the zone’s archeological constructions.

There are running and walking paths as well as green areas, and the Foro Lindberg, which boasts an emblematic fountain of a woman holding two jugs next to her breasts, as well as a pond, and the site’s traditional clock.

Parque México is the ideal place to spend time with your family or partner. Beyond being pet-friendly, it also has a dog park. 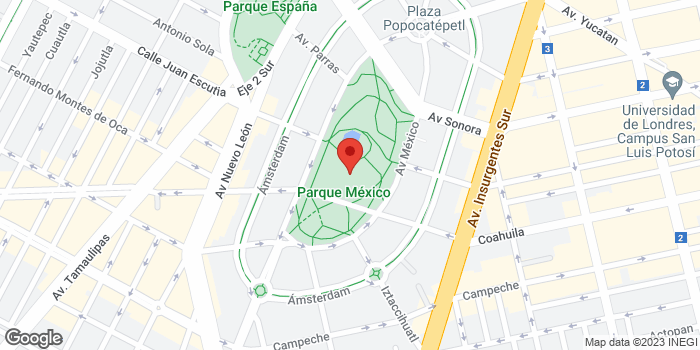