The flat, treeless Zócalo is one of Mexico City’s most iconic places. A multifaceted destination, it’s never short on activities such as concerts, plays, book and science festivals, job fairs and a lot more.

La Plaza de la Constitución, colloquially known as “el Zócalo” for its wide-open space, was also called the Plaza de Ánimas is days of New Spain. Its current name was given in honor of the area’s prominence during the signing of the constitution of Cádiz (1812). It was planned by General Antonio López de Santa Anna as the pedestal for the Mexican independence monument, which never ended up being built.

The Zócalo functions as a sort of headquarters for different cultural activities throughout the year, hosting traditional Day of the Dead alters, ice skating rinks, Catholic ceremonies, and even more unusual happenings such as the time in 2007 that 20,000 nude people joined together to be photographed by Spencer Tunick.

The city prides itself on the Zócalo’s multicultural offerings, which have included live concerts of all genres, from Justin Bieber and Shakira to Sir Paul McCartney.

The majority of these outdoor events are free, which makes the Zócalo even more prominent, in that socioeconomic status doesn’t prevent people from enjoying these spectacular events in their own city.

Basically, the Zócalo has a bit of everything for everyone. Don’t be surprised if tonight Lady Gaga takes the stage, with a Rolling Stones appearance announced tomorrow. 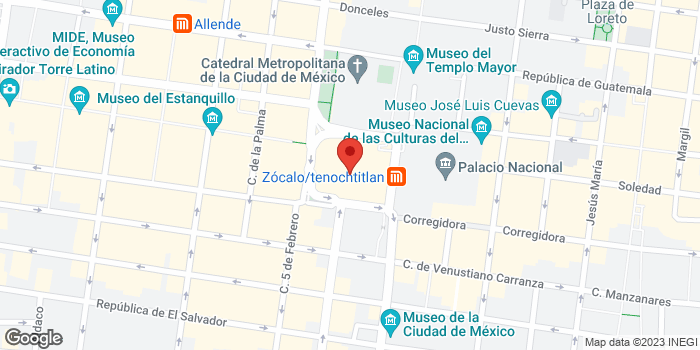