The best things to do in Ciudad Universitaria UNAM

During the 40s, modernity and development in the country was uncontrollable, as was industrialization which claimed to materialize an architectural centre where the first activities of the most important cultural and academic project of the country began: the National Autonomous University of Mexico. In 1952, Ciudad Universitaria was inaugurated by the President Miguel Alemán, and in 2007 it was named a UNESCO World Heritage Site.

We invite you to enjoy this architectural landmark of the 20th Century in Mexico; visit its museums, enjoy the views and the green space and admire the different artistic portrayals which are found all over this cultural hotspot.

The essentials of Ciudad Universitaria 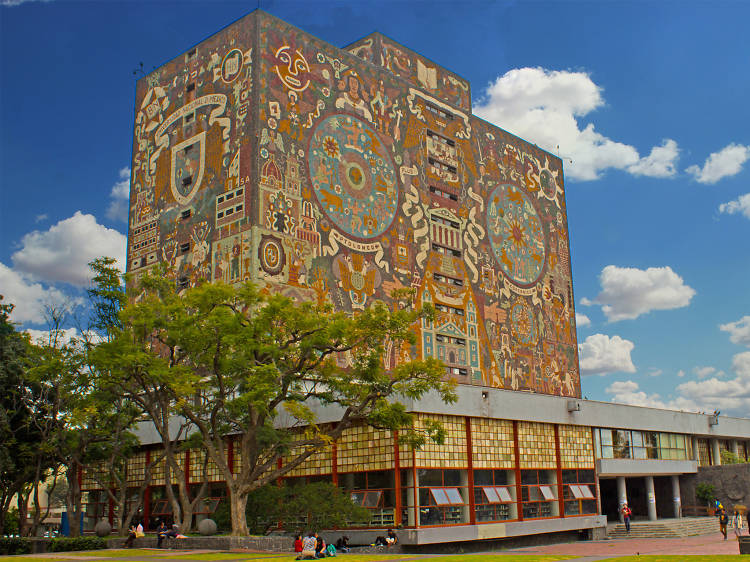 It’s one of the most protagonist constructions of the Plaza de Rectoría. It never loses its charm, even for those who see it every day, year after year. Its façade of 4,000 square meters is impressive, and owed to painter and architect Juan O’Gorman, whose intent with the design was to tell the story of the Meso Americans, colonists and contemporary Mexicans. Taking a peek at a book while in the library is available o anyone, but checking them out is exclusively for the university community. 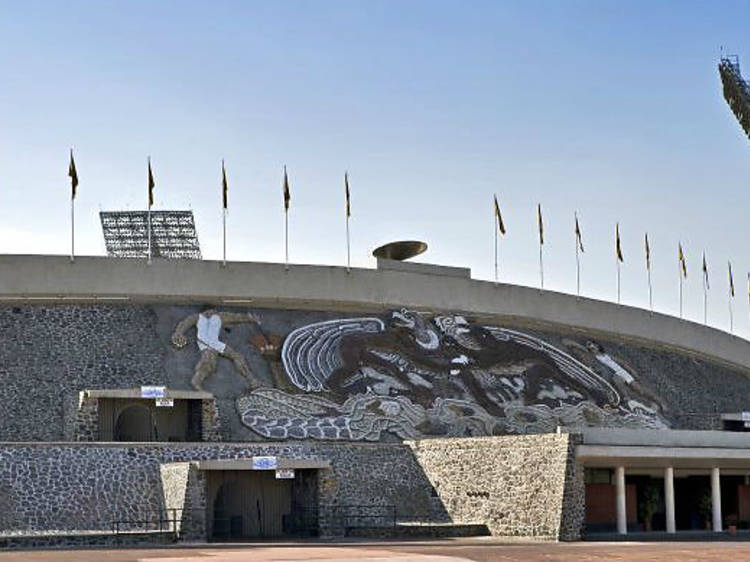 This “architectural crater” as Diego Rivera described it, deserves a visit as much for its architectural virtues as for its social importance: here they inaugurated the 1968 Olympics, and it’s now the headquarters of the Pumas and the Rivera mural “La Universidad, la familia, y el deporte” and is one of the best achieved murals in the city. The stadium, located to the west of Ciudad Universitaria, has 30,000 seats and more than 130 box suites. To arrange a visit, email estadio@dgsg.unam.mx. 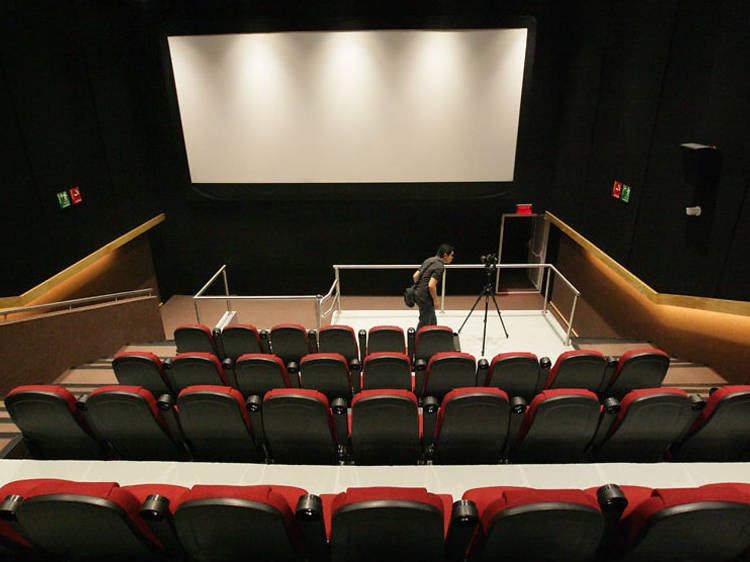 Lovers of film are also, or should also be, lovers of this film library that houses the biggest cinematographic archive in Mexico, with more than 40,000 films. To learn more, contact José Manuel García, at 5622 9597.  If you catch him in a good mood, there’s a chance that he’ll give you a tour through the 13 vaults where the films are kept. There’s also a store with difficult-to-find DVDs. 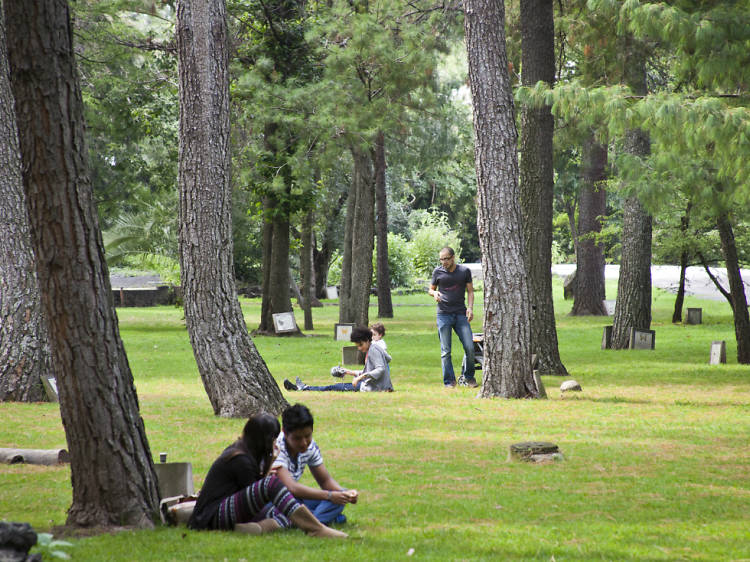 In the Reserva Ecológica del Pedregal, just behind the stadium, there’s an important greenhouse with tropical plants that belongs to the Instituto de Biología. Since 1966, its stone walls have hosted investigators, students and leisure walkers who delight in its exuberant ambiance. Perhaps the most attention calling of all are the jungle trees that reach six meters high. Request an appointment at 5622 3022. 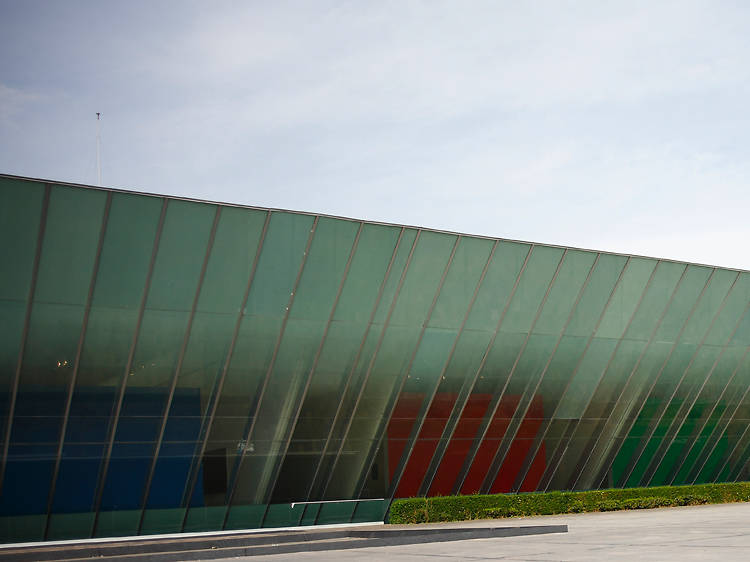 To feel modern, or better yet very contemporary, you have to visit this museum. At least twice per year, and later eat at the famous Azul y Oro restaurant, also on campus. Inaugurated in November 2008 and with an impressive design by Teodoro González de León, this is a multimodal space that also allows for the exhibition of retrospective work, which is a space of installations designed specifically for this building. 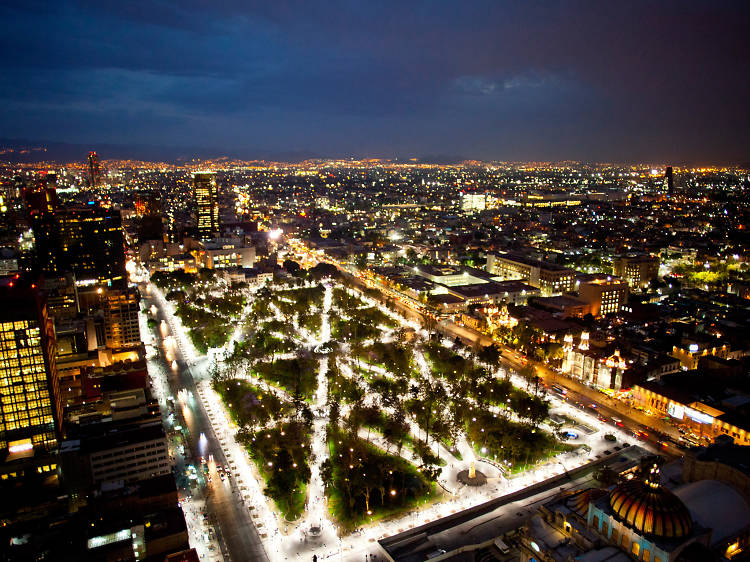 The best attractions in Mexico City

If it’s your first time, we recommend the places that house the archaeological legacy of pre-Hispanic cultures, monuments and the city’s biggest lung, just past the metropolis’ first skyscraper.