The Plaza of the Tres Culturas es a space where you can perceive the three important eras of Mexican history through architecture: pre-Hispanic, colonia and contemporary. The first is represented by the ruins of Tlatelolco – the most important trade center of Pre-Hispanic Mexico – a site that offers its visitors the possibility of admiring more than 60 structures, including altars, platforms and temples.

It also offers a small museum that exhibits pieces of daily and ceremonial use such as its military campaigns, trade and its relation to villages like Tenochtitlán. Upon touring the zone, you can find a number of explanatory texts that follow a very specific order from beginning to end. Probably one of the most attention-calling vestiges is the view of the lovers: the bone remains of two people who died in an embrace. 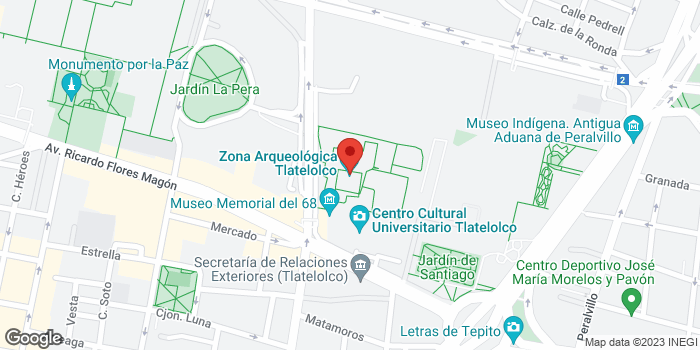