Randy Alonso’s family has roots in Downtown Miami as deep as almost anyone else in this city. It’s where they relocated their popular department store, La Epoca, after being forced out of Cuba by the Castro regime. His first job—if you can call it that—was to run around the store and pick up pins as a boy. Retail stayed in Alonso’s blood well into his adult life too. He and his brother decided to open up their own denim shop in Downtown, on East Flagler Street, called Lost Boy Dry Goods in 2012. It quickly gained a loyal following and folks loved it. But it’s a hard life for local retail—even good local retail—and in 2016, feeling the squeeze from Amazon and a South American recession, Alonso and his brother were at a crossroads.

“I loved the space. I designed it all myself,” Alonso says. “I thought: what else could I sell here? But every time we started thinking we kept coming back to the same idea. This is a bar.”

In Alonso’s eyes, Lost Boy (the bar) should be a mash-up of an English pub, western saloon and classic salty American sailor bar. Lost Boy has only been open for two months but—we’ve got to say—he and his partner Chris Hudnall kind of nailed it. It might look a tad confusing on paper but after a drink in Lost Boy, a roomy joint filled with Alonso’s own family’s antique wooden furniture, it all starts to make sense.

And so a good ol’ fashion neighborhood bar was born in Downtown Miami, an area that has seen its share of comings and goings—especially in the bar scene. That’s starting to change now, though, and Lost Boy is just one of a few new nightlife residents luring a new wave of Miami drinkers to an area many have long dodged for slightly cleaner streets.

One block north of Lost Boy, you’ll find Mama Tried. The new cocktail bar opened its doors on June 8, a sticky Friday night, taking over the defunct Pub One space. “Whenever you open a bar, you’re scared on that first night,” Dan Binkiewicz, a partner at Mama Tried, remembers. “We thought, who’s going to come to Downtown?” Naturally, Binkiewicz and company were pleased—and more than a little shocked—to see a line out the door for just about the entire night. And things haven’t slowed much since. Weekends at the shiny bar have been packed with people dancing on Mama Tried’s red carpet until the 5am last call.

This is Sandler’s first nightlife venture though it’s not Binkiewicz’s. He created Purdy Lounge and is a partner at the acclaimed Miami Beach bar Sweet Liberty. Still, both of them find the uncharted territory of Downtown to be a thrilling blank canvas that has allowed them to experiment.

“We just kind of wanted to make it different. We wanted to make it weird,” Sandler says. But it was important to Binkiewicz, who also used to work in the area as a kid, to make it unmistakably Downtown too. “Right down the block from us is the Seybold Jewelry Building, where they sell, like, ten floors of gold. Walk through that and then walk into Mama Tried and you’ll understand how it fits.” 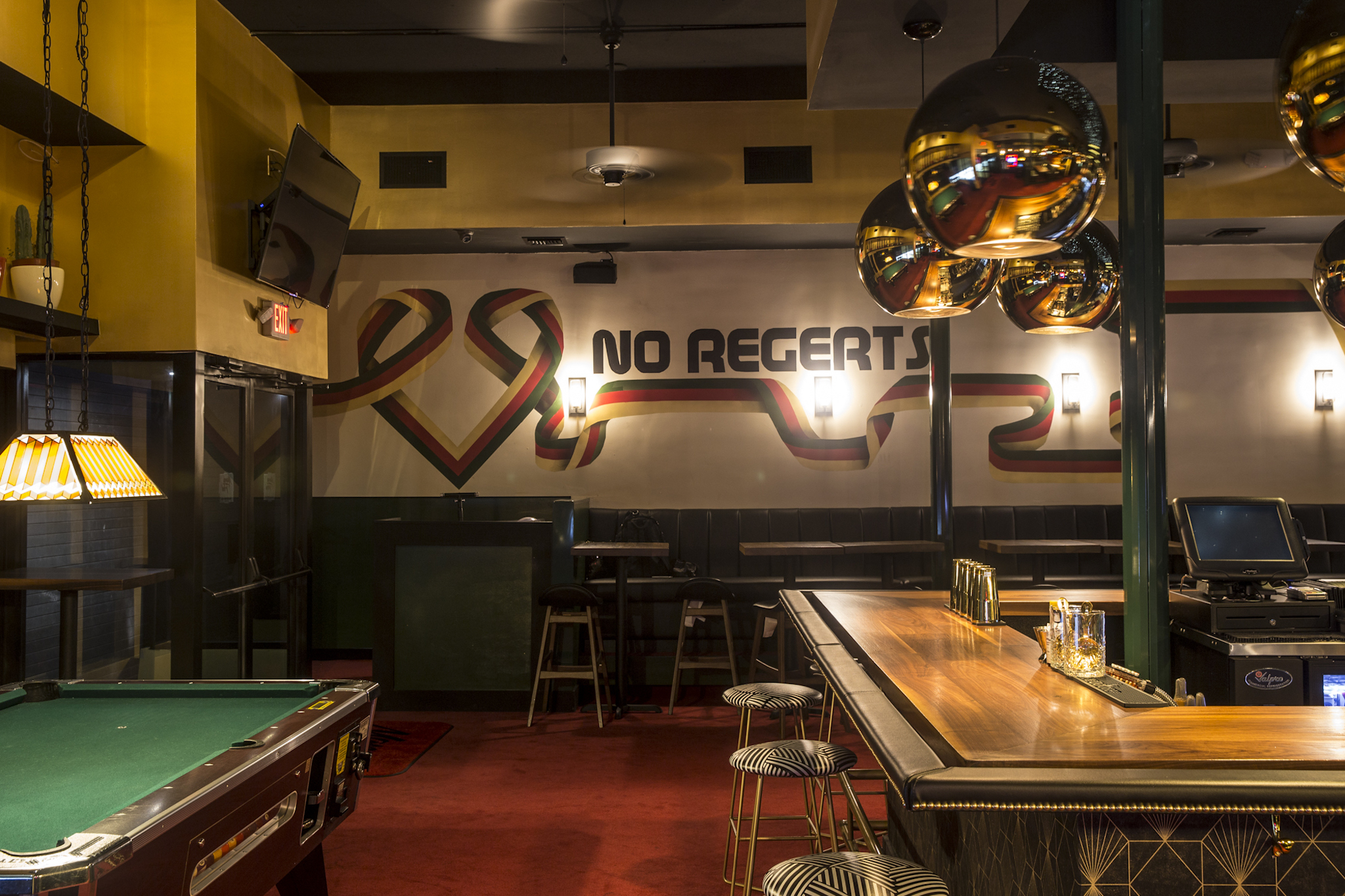 Mama Tried and Lost Boy will soon be joined by another highly anticipated neighbor: Over Under. Whisperings of the new restaurant and cocktail bar, which was set to open inside the historic Alfred Dupont Building (the same building Lost Boy calls home) began circulating last summer. It has been, as founder Brian Griffiths patiently puts it, “a long and perilous journey.” Construction in a historic building came with its fair share of headaches, but the end is in sight and Griffiths and his team are looking at a November opening for their place, which will seat just over 30, not including the bar and some standing room.

“The whole city is changing,” Griffiths says. “All these neighborhoods are popping up—and I’m super skeptical about a lot of it—but, with Downtown, I’m not. Downtown has infrastructure and a natural density that a lot of these other made-up neighborhoods don’t have.”

Over Under is almost sure to be a hit when it does open its doors. Griffiths, an alum of the Broken Shaker, wants both his food and drink menu to be a delicious reflection of the subtropical climate we call home. “We believe in serving what’s grown here,” he says. “We grow things [in South Florida] that aren’t grown anywhere else in the United States. We have all these unique cool ingredients and I don’t think people really get into what we have here.”

Optimism seems to be the running theme of the new Downtown nightlife scene. Alonso says he and some of the local property owners have joined to create the area’s first Business Improvement District.

“Downtown was the first frontier of Miami and, if you look at the rest of the neighborhoods, it’s the last frontier now. All those other neighborhoods have had their growth. And I really think Downtown’s time is now. This is the beginning of it.”

Griffiths is as confident in Downtown now as he was when he signed the lease for Over Under two years ago.

“I would put up a night in Downtown up against any two-block stretch in Miami,” he says. “Happy hour at Lost Boy, dinner at NIU Kitchen, late night eats and cocktails at our place and last call at Mama Tried. Where else are you going to be able to walk to so many options like that?”