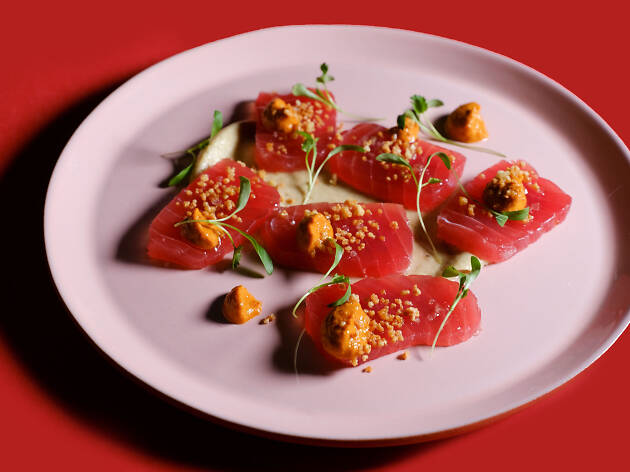 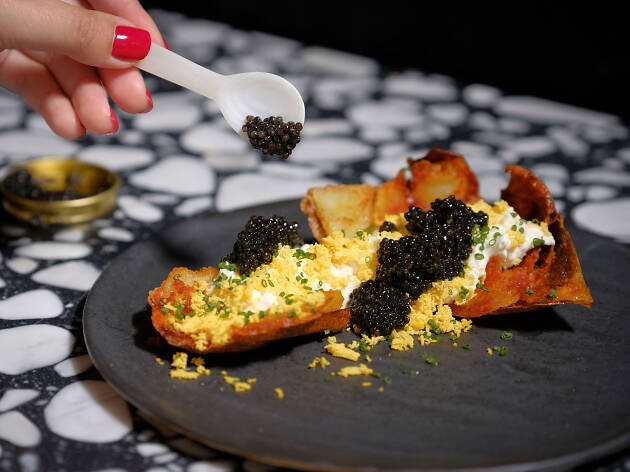 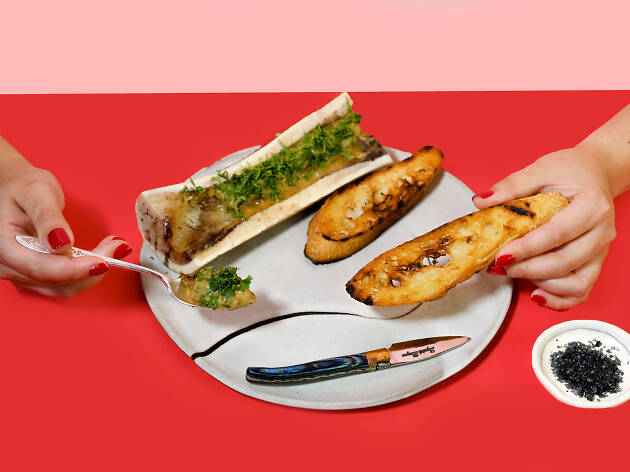 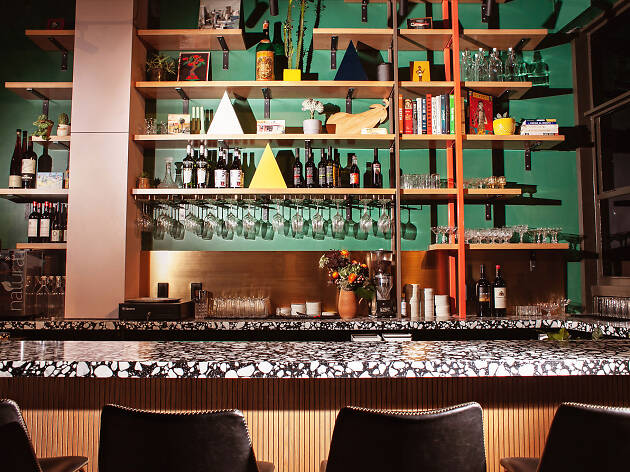 Our favorite places in Miami are the ones that make us feel like we’re somewhere else, too. And we’re not alone: For example, friends who have moved to Brickell say the high-rise–congested district reminds them of New York. On a recent stroll through the Wynwood Walls, we overheard a couple compare the spray-painted scenery to the graffiti parks of Austin or Atlanta. Now, the restaurant generating the most buzz around town is a cross between an L.A. strip-mall gem and a cozy, narrow Brooklyn dive.

Boia De sits on the edge of Little Haiti, an immigrant neighborhood on the brink of big change, in a small but serviceable shopping center that’s flanked by a mom-and-pop grocery store and a laundromat. The retro-designed spot only has 24 seats, so reservations are a must. At the black-and-white terrazzo counter, you can spy Michelin-trained chefs Luciana Giangrandi and Alex Meyer doing their thing: Neil Young and Paul McCartney songs play on the speakers as the two move rhythmically around one another—Meyer slicing porchetta for a new salumi-style starter topped with sunchokes and matsutake mushrooms, Giangrandi meticulously assembling the truly exceptional beef tartare. Each dish is turned up an extra notch: That beef tartare, for example, is topped with a crunchy shallot-garlic concoction as well as capers, which are fried for a burst of briny flavor, and then the whole thing is smothered in a yummy tonnato sauce, a tuna-based Italian condiment that holds everything together like some kind of fancy picnic salad. Had it not been for the toast—two slices of buttered Sullivan Street Bakery bread—signaling the presumed serving size, our date wouldn’t have had more than a single bite.

Making no real distinction between starters and mains, the ingredient-driven menu is meant for sharing, but you’ll want to keep some things for yourself. Slurp down a bowl of the smooth tortellini en brodo, Italy’s version of a dumpling soup, composed of little pasta purses of foie gras floating in a rich duck consommé. Split the pillowy ricotta gnocchi with cherry pomodoro—egg yolk is mixed into the sauce, making it heavier than expected—and the spicy grilled octopus with roasted peppers. The trendy cephalopod is on seemingly every menu in Miami these days, but you won’t find tentacles as tender anywhere else; cooked sous vide for hours and then grilled, they can be sliced with just a fork.

Four savory courses later, our cheery server asked if we wanted anything else. From across the counter, we pointed at a messy dollop of cinnamon-dusted cream that the person next to us was eating. That delicious blob turned out to be a deconstructed tiramisu, with layers of crispy cookies and a salted mascarpone filling. The flavor skewed more toward caramel than coffee, and the texture—not as spongy as the traditional version—converted this tiramisu hater to a fan.

We took our last sips of contact wine (whites made like reds, fermented with the skins on, and often referred to by their orange hue) and thus conjured yet another city: Chicago. A friend had said that she was drinking all of this great orange wine lately, so we tried it. Our glass was as light and refreshing as a white, but deeper, with the intense nose of a red. So far, we’ve found it only at Boia De, an eatery that makes us think not only of far-flung cities but of far-flung people, too.