Contessa makes the case for a new era of Miami restaurants that don't need a local star chef at the helm in order to be great.

Once upon a time in Miami, great new restaurants arrived occasionally, thanks to the vision of some legendary local chef. Michael Schwartz, José Mendín, Michelle Bernstein, Cesar Zapata, Michael Beltran—they were the knights of the kitchen in this golden era of, like, 2009 to 2019.

Then, a great darkness blanketed the country, otherwise known as Covid-19 lockdowns, prompting hordes of Northerners to flock to friendly Florida, where the weather was warm and the land was lawless. This included the likes of famed NYC restaurateurs Major Food Group (MFG), who swiftly opened Miami outposts of its household names like Carbone on Miami Beach, Sadelle’s in Coconut Grove and Dirty French in Brickell.

Suddenly, gone were the days of local hero chefs cooking their hearts out in the back of the house. And it seemed MFG would rather not place any emphasis on who exactly is running the kitchens in its well-bred concepts. But that’s not to imply they’re the antagonist in this restaurant fairytale.

MFG restaurants are undeniably good—albeit quite expensive and notoriously hard to get into. And the latest of them, Contessa in the Design District, just might be the best of them yet. The refined, modern Italian concept is great, actually, and may represent a new era in Miami’s food scene, one in which great restaurants needn’t all be helmed by star chefs.

MFG first introduced the Contessa concept to Boston in 2021, and that restaurant’s website touts glowing reviews full of adjectives like “sublime” and—no kidding—“dreamy”. Similar to the rooftop location in Boston, Miami’s Contessa also sports a glamorously nostalgic yet modern design. The furniture, floors and wall coverings make one feel as if Wes Anderson might have been tasked with designing a disco party.

Taking up two stories of a corner building in the Design District, Contessa also boasts a multi-level covered patio for prime people-watching over Sunday brunch (not yet available). Inside, both dining rooms are outfitted in shades of peach and teal, with bistro-style tables and chairs that look like antiques and mirrored bars that could have been sourced from a ’70s-era island resort.

The bowtied and suited waitstaff is attentive, knowledgeable and abundant, with so many of them floating around it’s almost like there’s one for every customer. Nowhere else will you get more refills of sparkling or flat water, have your plates changed out so quickly between courses or be guided so authoritatively through the menu.

Contessa is not your typical top chef’s reinvented takes on dishes made with nonna during summers in Tuscany, or whatever. The menu reads like a greatest-hits of Northern Italian cuisine: generally, things you’ve had many times before but are more than happy to revisit.

The heaping burrata arrives atop a pile of skinned cherry tomatoes with a side of well-grilled bread: simple but delicious (and among only a few dishes, we were told, that are allowed to be ordered separately from the rest of your table’s full order). Still, it seemed downright lame compared to the squash carpaccio that came next: delicate slices of tangy, sweet butternut dotted with crunchy pumpkin seeds and topped with fresh greens for brightness.

The rest of the meal came, for the most part, coursed out one dish at a time, allowing each its proper due: the flawless Margherita pizza with a well-seasoned crust and perfectly sized gobs of fresh buffalo mozzarella; the deceptively simple spicy lobster capellini coated in a buttery tomato sauce that absorbed all the gorgeous flavor of the lobster chunks inside (a favorite of the night).

For the mains, the headliner seems to be the 40-ounce Fiorentina steak. Not wanting to slay a monster, we instead opted for the ribeye, which turned out to be a deeply flavorful aged and sliced steak. Overcooked garlic broccoli on the side was a hard miss, but the meaty portobello mushroom slices made up for it. The ribeye and its sides arrived in tandem with our shrimp swimming in a hearty Fagioli white bean broth—the only occasion we had multiple dishes on the table at once.

The meal ended with an extra sweet slice of the hazelnut chocolate cake and a pretty silver bowl of the day’s ice creams: well-balanced vanilla and an olive oil flavor that they should definitely sell by the gallon. Those desserts, something akin to a chocolate tart and kiddie ice cream bowl of yesteryear, hit just the right notes of elevated nostalgia. But the place is also fun, with a lively din of conversation always pervading just above the music, and the food and service do justify the high prices.

Will you, by the end of your meal, feel nostalgic for the early days of local-celebrity chefs in the kitchen fighting to forge a Miami food scene? Maybe so—especially if you’re a loyal fan who’s earned the right to text your favorites for a coveted table at their restaurants. But, you might also just embrace a new era of Miami restaurants backed by world-renowned restaurant groups whose collective names outshine even the superstar chefs (like Mario Carbone) who helped forge them. 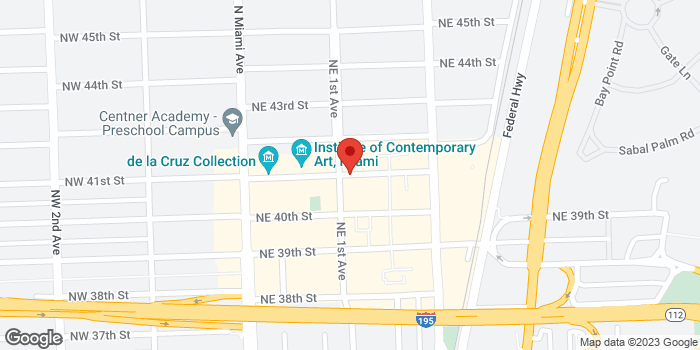