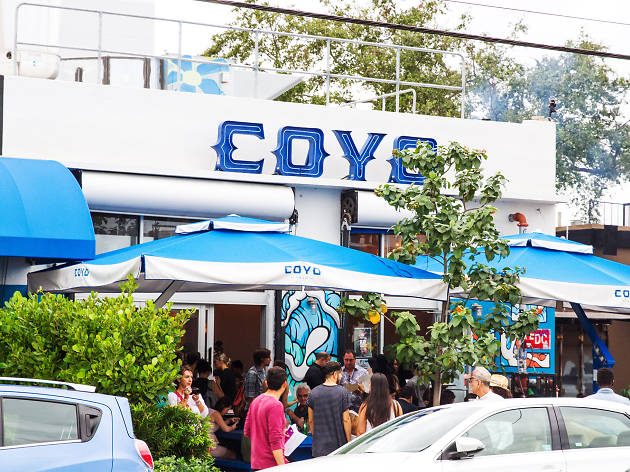 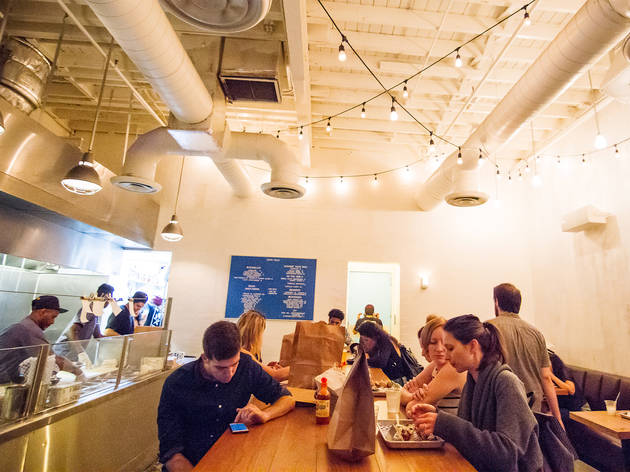 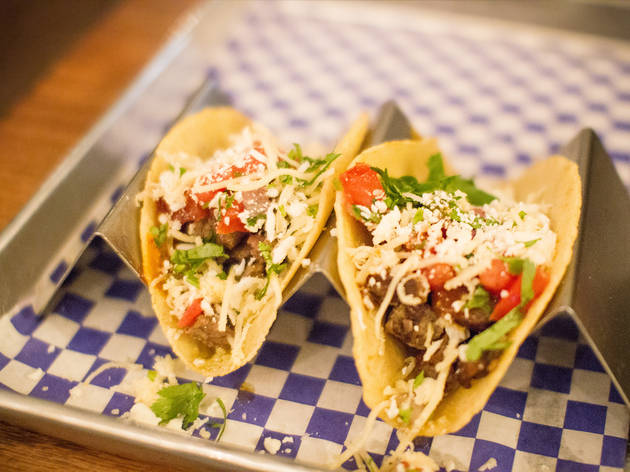 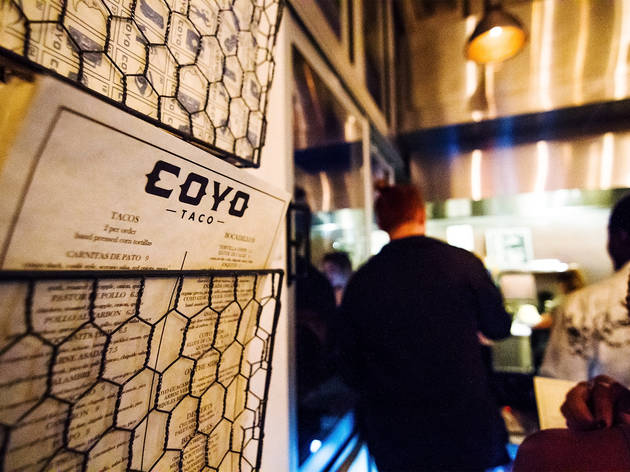 Coyo Taco serves our favorite Mexican food in the city—so much so that we asked them to be in Time Out Market Miami. We tasted the tacos, reviewed the restaurant and, ultimately, recommended Coyo Taco for a spot at the market. Here’s why:

You don’t even have to step inside Coyo Taco to see that it’s special: A quick glance at the outdoor picnic benches, crammed with people tearing into tacos, burritos and other Mexican plates, makes that obvious. They’re all either smiling or chewing. What makes the food at Coyo Taco so delicious? The attention to authentic, fresh Mexican flavors and ingredients—including the hand-pressed corn tortillas.

It also helps that Coyo Taco is just plain cool, with an aesthetic as hip as the neighborhood it calls home. A pretty dope speakeasy is even hiding in the back, and it gets packed on Friday and Saturday nights as well as during Coyo’s popular weekly Murk Mondays party. Warning: The back room isn’t spacious, but if you can get in, it’s almost always a good time.

But even with its trendy nightlife scene (and an expanding number of locations, including a second Miami outpost in Brickell), Coyo sticks to its roots: made-from-scratch tacos stuffed with expertly seasoned ingredients. You’ll recognize (and happily scarf down) al pastor, carne asada and other classic varieties. But don’t be afraid to branch out—for instance, try the carnitas de pato, which we prefer in burrito form with extra (like, a lot) of Coyo’s house-made hot sauce. You’ll never crave regular carnitas ever again.

The best tacos I have had in a very long time. You may find there is always a queue, no matter what time of the day you go, specially in the afternoon, the place is quite crowded. Do not give up as the staff are very helpful and efficient and quite a lot of people get tacos to go and the queue moves fast.

Everything is fresh made and there is a wide variety of them, you even get them delivered to your table. Quesadillas are also very tasty and great value for money. My recommendation is the Taco with cactus and best time to visit in the evening so you can also discover the hidden bar.

Very good taquitos, love the ambiance and the style!

The tacos are very tasty but expensive for what they give you..i love non traditional tacos