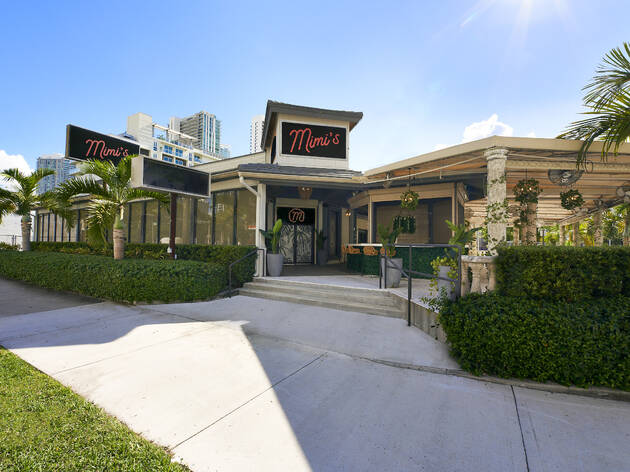 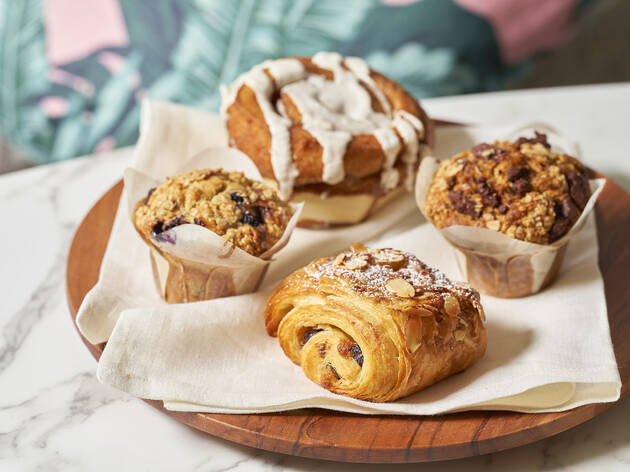 The quirky Edgewater cafe, known for putting caviar on chicken, is a bit of an odd bird—in the best way

Let’s be honest. The reason you’re here is to know more about Mimi’s ultra-photographic dish called Chicken and Eggs. It’s fried chicken, with an ounce of caviar. It rings in at $75 (!!!). And yeah, it’s good. Awesome, you might just exclaim. You’ll probably send a photo of it to your best buds when it arrives, looking glorious on a golden platter with all the caviar fixin’s. It’s what you hoped it would be: insanely crispy chicken showing a cracker what life is really about.

But there’s more deliciousness here than just caviar and chicken. The dish and the rest of this quirky Edgewater cafe come from the mind of chef Ben Murray, a guy we’ve all been rooting for since the pandemic. That’s when he pivoted from his fine-dining restaurant job and started selling banh mi kits under the name Benh Mi. After the world returned to semi-normal, Murray picked up backing from chef-slash-restaurateur Michael Kaplan to open a brick-and-mortar Benh Mi out on the beach, and not long later they added Mimi’s. Like putting caviar on chicken fingers, the place is a bit of an odd bird: there’s the domineering bar in the center of the patio; the indoor dining space feels like a rehabbed sunroom; the bathrooms are already in need of a remake; and, if you peer around a corner, there’s an entire other dining section that they just didn’t make the remake. All that weirdness might be forgiven when the food arrives.

Savvy people have put the cheeseburger, slathered in onions caramelized in sherry and available as a jaw-busting double, on their list of the best ones in town. The hamachi crudo is the kind of delicate dish you’d expect at a restaurant twice this price point, with pretty little slices of radish, avocado, cukes and a ponzu sauce punched up with passion fruit. While the fish egg dish will likely steal the show at most tables, our fave was the roasted chicken, which shows off Murray’s skills, with its salty crisped skin, dotted by a pistachio gremolata and sitting atop roasted mushrooms plus a Thanksgiving-side-quality puree of sunchokes. This guy’s got talent, and even if the digs might offer a test of whether your date is high maintenance, you will likely eat something very good. And you’ll probably be putting caviar on it.