Arabian Nights: Volume 1 - The Restless One 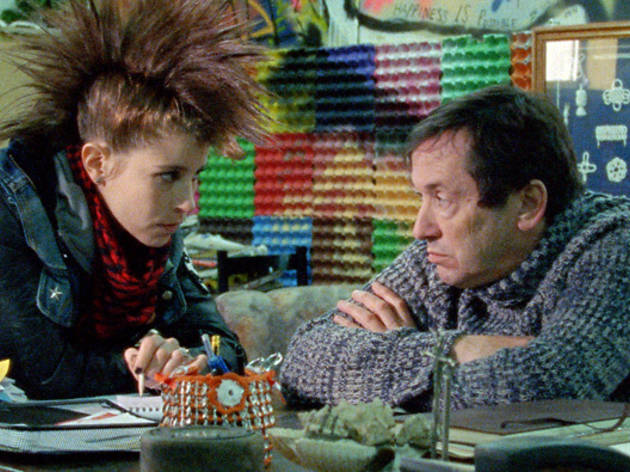 Early in Miguel Gomes’s bawdy, brilliant, inadvisably epic new project, there’s a scene in which the director appears on screen in a panic, desperately trying to escape from his crew. Given the scope of the Tabu filmmaker’s latest undertaking, it’s easy to understand why. Furious at the crippling austerity measures that the Portuguese government imposed on its people in the summer of 2013, Gomes embarked on an opus expansive enough to convey how belt-tightening had metastasized to every corner and community of the country.

Gorgeously shot on 35mm and Super 16, this broadly allegorical saga includes segments that range from the angry satire of “The Men with a Hard-on,” in which government and IMF representatives encounter a genie who cures them of the impotence, to less-obvious episodes like “The Owners of Dixie,” in which an adorable stray dog is passed between the various residents of a suburban high-rise. (The pooch's Dante-like journey coheres into a lucid symbol for the country as a whole.) Even the most inscrutable passages of Arabian Nights are sparked by Gomes’s rage, the basis for which is explicitly articulated in a title card at the start of each volume.

But is this one film or three? The answer, unhelpfully, is both: Arabian Nights is not a linear story, but it would be wrong to conclude that it shouldn’t be seen in a particular order. Volume 1, The Restless One is the most grounded installment, and its emphasis on labor clarifies the obsession with law that defines Volume 2, The Desolate One. Without the benefit of those chapters, you couldn’t fully appreciate the revolutionary zeal of Volume 3, The Enchanted One, in which Gomes trolls his audience by opening with 40 minutes of velvety Pasolini-esque hedonism, abruptly pivoting toward an endless 85-minute pseudo-doc about hardcore birders in the slums of Lisbon.

But if Arabian Nights may not always reward patience, it’s nevertheless impossible to disengage from. It's a film that fluidly slips between genres and disappears into the folds of time. It can end one chapter by detonating a beached whale and begin the next by following the trail of an escaped murderer named Simão Without Bowels. Even when it's an endurance test of the highest order, it reflects Gomes’s own crisis, as well as that of a people forced to live with the knowledge that they’ll wake up tomorrow with less than they had yesterday.