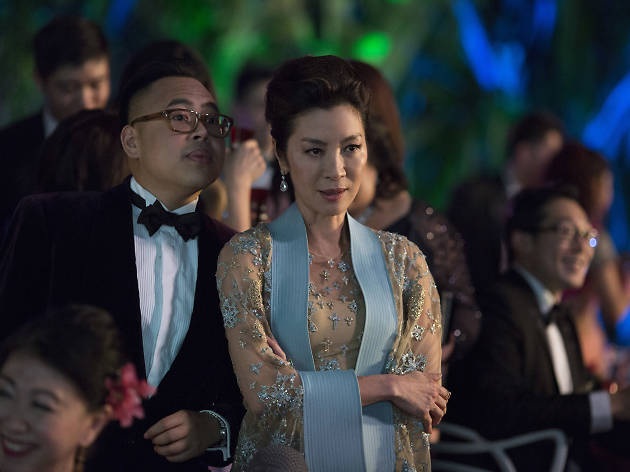 Bursting with attitude and heart, Hollywood's first Asian-centric rom-com in years makes up for lost time in a big way

‘We’re comfortable,’ says Nick Young (Henry Golding, mega-confident in his movie debut). A handsome Oxford-educated college professor, he’s been asked about his background by his girlfriend, Rachel (Constance Wu), in this endlessly entertaining romcom. He’s nonchalant but he can afford to be. When he flies Rachel to Singapore to meet the family,
it turns out they pretty much own the place. Cue unfeasible extravagance that somehow manages to feel inclusive: ‘Crazy Rich Asians’ is a VIP pass to the coolest parties in town.

Beneath its glitz and glamour, the film has a familiar set-up: the story of two lovers from different walks of life who are willing to challenge tradition for their own happiness. But this always-engaging tale – the two leads bring real sincerity at the heart of the movie – is infused with a modern sense of money and personal reinvention. The gaudy flow of wealth is one of its many comic facets, never endorsed so much as offered up as passing eye candy.

It has an edgier side too. For Rachel, the trip to Nick’s old turf for his best friend’s wedding becomes a psychological nightmare. A hen party brings out the pettiness in an ex. Even worse is a moment of confrontation between our heroine and the Young clan’s matriarch, Eleanor (Michelle Yeoh, formidable), who bluntly tells her she just isn’t good enough for her son.

This is the first Hollywood movie with an all-Asian cast since ‘The Joy Luck Club’ 25 years ago, and that feels significant. Based on Kevin Kwan’s 2013 bestseller, it’s a celebration of diversity. It’s also filled with wholesome friends, mean girls and scheming parents, and loaded with cattiness – in the best way. Best of all, it’s filled with cultural nuances so rare at the multiplex. To hear your mum’s regional Chinese dialect in a major Hollywood film is an occasion for no small amount of pride.