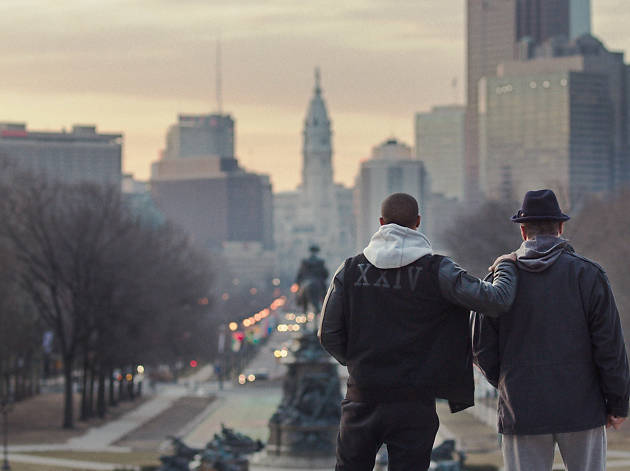 In this low-key boxing drama, Sylvester Stallone is on impressive form as the ageing Rocky - now playing mentor to a new generation of fighters

Over the years, the 'Rocky' series became something sweaty and slightly embarrassing: an endless series of grunting wisdom, trumpet anthems, politically-symbolic opponents and Reagan-era showdowns. So here's a surprise: 'Creed' is a commanding and rousing new entry in the series, and it's the best thing that could have happened to Sylvester Stallone's Rocky Balboa - even if it means demoting the poor guy to the coaching corner.

If the film feels indie-ish, that’s because it basically is: director Ryan Coogler has only one film to his name - 2013’s socially-enraged 'Fruitvale Station'. But Coogler carries around the little-boy version of himself, a kid at heart whose dreams are full of ’70s stories like 'Rocky', the 1976 original which was always closer in spirit to 'On the Waterfront' and 'Raging Bull' than its sequels. 'Creed' gloriously indulges that nostalgia. It’s about a troubled inner-city youth turned seething young man, Adonis (Michael B Jordan, the fiercely alive lead from 'Fruitvale Station'), who knows his impulse to fight comes from the father he never met, heavyweight champion Apollo Creed.

Will Adonis rise to claim his natural legacy? It’s a neat reversal from Stallone’s original idea in the first movie, that your two-bit surroundings don’t define who you are. Adonis heads from Los Angeles to Philadelphia, where he chases chickens, meets a tough but supportive dreamer (Tessa Thompson) and hooks up with the only man who can train him properly.

Of Stallone’s surprisingly tender performance - a definitive late-career triumph - enough can’t be said. He stares skyward when someone mentions The Cloud, reads the paper at grave sites and lives in memories. But Adonis brings back the fight in him. Stallone has not only taken a risk on Coogler as a director but given in to a personal sea change. When those trumpets do blare, a new Rocky emerges.