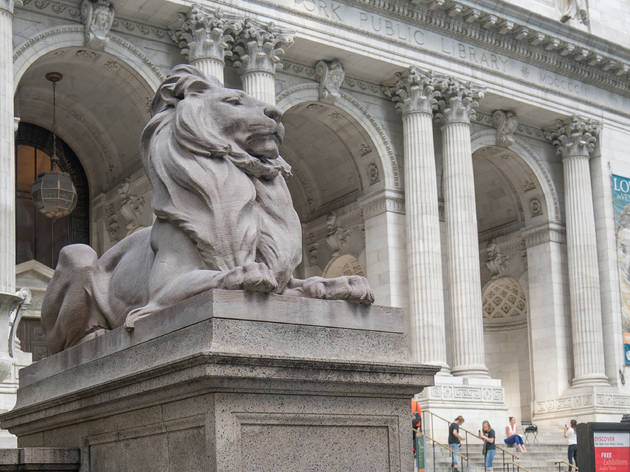 Patience is a virtue – and rarely is that more evident than among the patiently virtuous phone staff of the New York Public Library. They're a team trained to answer any and all questions from around the city (and sometimes the world) with scholarly enthusiasm. In an early, funny scene of Frederick Wiseman’s magnificent documentary ‘Ex Libris: The New York Public Library’, we hear these operators taking calls. ‘A unicorn is actually an imaginary animal,’ one of them says gently, and you wonder about the inquirer. A child? Someone who’s been out in the sun too long?

Whoever it is, she or he is likely a curious New Yorker who wants answers. The stirring beauty of Wiseman’s accomplishment is that it presents a top-to-bottom view of an institution devoted to serving the intellectual needs of an entire city – needs we may not know we have, but do. Stretching over an impossibly rich three hours and change, ‘Ex Libris’ will require patience from you as well, but the viewing commitment is the most nourishing of the year. We see Elvis Costello and Richard Dawkins giving feisty talks about democracy and freedom; lectures about World War II and Lower East Side delis (‘Send a salami to your boy in the Army!’); explosively happy kids programming robots; adults passionately discussing Gabriel García Márquez’s ‘Love in the Time of Cholera’; older women cutting loose in a dance class.

None of Wiseman’s moments – dozens of them; some short, some long – come with added music or narration. They don’t have climaxes or main characters. This is the 87-year-old director’s vérité style, honed after decades. But his ‘scenes’ do build collectively: In the case of ‘Ex Libris’, they culminate in a portrait of urban life that’s distinctly bookish, devoted to scholarship, to free equal access for all who want it, to the sturdy physical plants of 92 individual branches (including those regal lions on Fifth Avenue), and to an admirably diverse workforce.

For all of Wiseman’s fortune (he’s an extremely lucky fly on the wall), you’ll come to appreciate his inclusion of the wonky strategy meetings and fundraising pep talks that demonstrate, somewhat dully, how our public-library sausage gets made. We’re not supposed to understand the fine-grain details of these discussions, yet they offer an extremely rare window into the efforts of unseen heroes – directors, curators, tech workers, teachers and local branch leaders – who make the organisation what it is. Collectively, they share a remarkably consistent mission: to preserve and expand the collection for the minds of the future. A film about the importance of cultural history and truth, Wiseman’s epic doc might make you cry with happiness; it’s the good fight being fought.