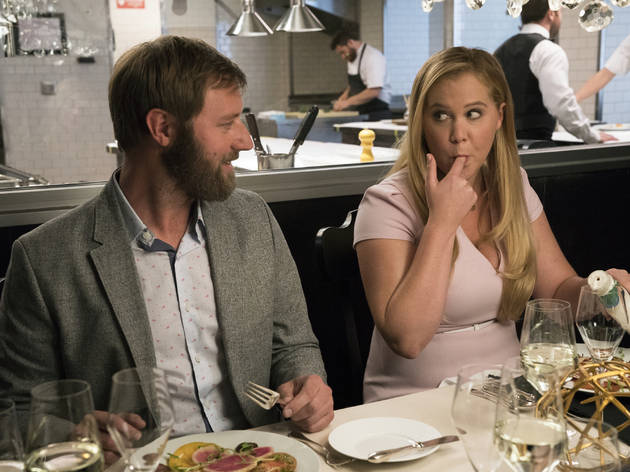 Amy Schumer's latest big-screen comedy is sunk by its own shallow premise.

During its almost-two-hour runtime, 'I Feel Pretty' doesn’t once achieve the smart and sassy potency of Amy Schumer’s standup routine. The story follows Schumer as Renee, a New Yorker who struggles with low self-esteem and toils away at an unglamorous remote job for a beauty company. Then one day at a spin class, she slips off her bike and a head injury causes her to believe she’s exceptionally beautiful, though her looks haven’t changed at all. The extent to which Renee’s friends, co-workers and dates play along with her newfound perspective is the movie’s plot; ultimately, the lesson we learn – hey, beauty comes from within and confidence is more important than how we appear! – is totally predictable.

'I Feel Pretty' is a curious mélange. Female comedians have been self-deprecating about their attractiveness for decades, but the film’s corporate sheen and feminist lip service feel all too 2018. If the script committed more ardently to absurdity, it could have been enjoyable but, as co-directed by Abby Kohn and Marc Silverstein, 'I Feel Pretty' lacks visual inspiration and runs on the fumes of one not-particularly-funny joke (this regular-looking girl thinks she’s super-hot). Truth be told, it’s a bit depressing.

As proven in the early seasons of her TV show, Schumer is a talented performer, and her physical comedy here draws some chuckles (as does Michelle Williams’ turn as Schumer’s helium-voiced ditz of a boss), but 'I Feel Pretty' is consumed by an annoying premise that seems practically designed to generate think pieces. At the end of the film, Renee delivers an inspirational monologue, articulating a blandly feel-good approach to inner beauty has all the depth of a Dove soap commercial. While it’s true that Schumer looks more like a 'real woman' than the typical Hollywood star (whatever that means), the most progressive vehicle for her would be one that made no mention of it at all.