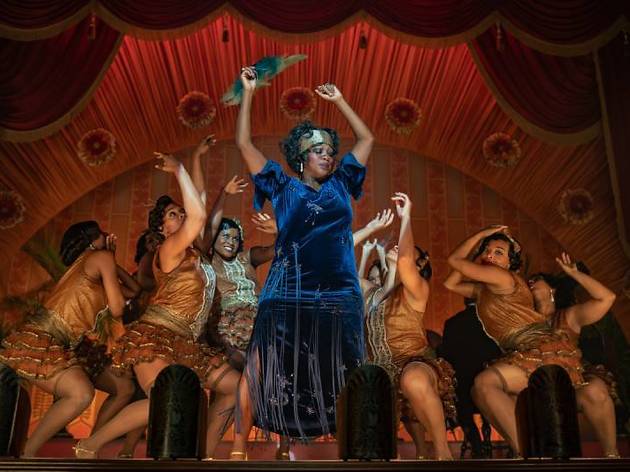 Set during a long recording session of the album of its title (itself named for a popular 1920s dance), the subject of Ma Rainey’s Black Bottom isn’t quite the ‘Mother of Blues’ Ma Rainey herself (played by a typically commanding Viola Davis). Despite the title, Chadwick Boseman’s character, the ambitious horn player Levee, is the axis around which the film revolves.

The role is a perfect showcase of the late actor’s potential for provocative volatility, a fiery counterpoint to the steadfast charm he brought to some of his best-known roles. His presence shouldn’t endure just because it’s his final on-screen role, but because of how well he plays it. It should have been another stepping stone on the way to greater things. Instead, this committed performance is a fitting epitaph for a great lost talent.

Those looking for a biography about Ma Rainey, however, will likely come out somewhat disappointed. Despite Davis’s blazing authenticity, the blue singer’s presence feels close to incidental to the story. That said, she’s fascinating in the scenes she has, especially in the depiction of her character’s thorny relationship with the exploitative white music producers looking to hijack the genre for cash. But despite Ma Rainey’s fidelity to the August Wilson stage play it adapts – or perhaps because of it – it feels like a missed opportunity to further illuminate a history of pioneering Black women so often overlooked.

As for the look of the film, the blown-out lighting, straightforward camerawork and plain production design make it feel cinematically inert. The characterisation relies heavily on dialogue and you can feel director George C Wolfe struggling to bring visual dynamism to the play. It’s a flaw amplified by the isolated rehearsal-room setting and the broad approach to this era of American anti-Blackness, mostly addressed through anecdotal monologues.

Still, Ma Rainey is a good enough watch when it’s simply zooming in on seriously gifted actors selling these anecdotes for all they’re worth – and all with a classic blues soundtrack to power it along.

In cinemas in Dec and on Netflix Dec 18.