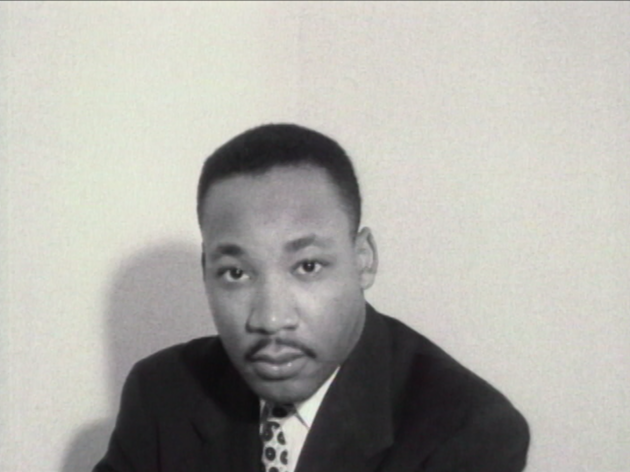 History remembers Martin Luther King Jr and J Edgar Hoover with radically different degrees of kindness. The former, a Civil Rights trailblazer, is lionised for his oratory, mourned for his still-murky assassination and celebrated for his extraordinary achievements. The latter lurks more furtively in the American consciousness, a kind of creepy Cold War boogeyman. You won’t find the founder of the FBI on any stamps and there's definitely no J Edgar Hoover Day to celebrate (however fun wiretapping your nearest and dearest once a year might be).

But as this enthralling, many-layered doc lays bare, it was entirely the other way around during the tumultuous ‘60s of segregation, mass protest, Communist paranoia and Vietnam. Hoover was the American hero. King was only ever one bad headline from being publicly reviled. One marshalled an army of all-American boys in the fight against the reds; the other had a known Commie as an assistant.

It’s a point that director Sam Pollard, a long-term documenter of race and racism in the US, does a brilliant job of making. MLK/FBI immerses itself in the tumult of a society that, even by the standards of our own crazy times, was spinning wildly on its axis. And in that frenzied, judgmental political context, it’s clear that King’s achievements were all the greater.

Pollard’s assembly of archive footage takes in the major events of the movement – the Million Man March, Selma, the passing of the Civil Rights Act, King’s Nobel prize award, his protest against Vietnam and death on that Memphis motel balcony – while crosscutting to the FBI’s sinister attempts to discredit him. There are bugged phones, constant shadowing from Hoover’s (invariably white) agents, and even a letter purported from a Black supporter exhorting the Baptist minister to commit suicide that was actually from the FBI itself. ‘The darkest part of the Bureau’s history,’ notes ex-FBI director James Comey, one the doc’s handful of interviewees.

MLK/FBI positions all this as a battle between two forces vying for moral authority with only one combatant. And thanks to the open secret of King’s serial philandering and his only dim awareness of the plot against him, it ran a lot closer than we remember. Racist tropes around Black male sexuality (a subject also tackled by last year’s #MeToo-fuelled Russell Simmons doc On the Record) were the ugliest manifestation of this proto-cancel culture. There were even allegations that King was present at the scene of a rape, a suggestion Pollard gives little credence to.

That little of the FBI’s spying and rumour-mongering translated into newspaper headlines, despite reams of still-confidential documents and transcripts, is never really explained here. But the toll it took on King is evident in footage of him looking drawn, a man with the weight of the world on his shoulders. His wife, Coretta Scott, suffered a high price too.

Adroitly, MLK/FBI shows how Hollywood helped prepare the American public for this culture war, cutting between clips of heroic G-men and the silent-era racism of Birth of a Nation. When Tinseltown needed someone to embody Hoover on screen, it turned to its golden boy Jimmy Stewart and purged all the awkward criminality from the story. Thanks to films like this and Ava DuVernay’s plain-spoken Selma, the record is being finally set straight.

Director:
Sam Pollard
Screenwriter:
Laura Tomaselli, Benjamin Hedin
You may also like
Popular movies
We know this city. Do you?