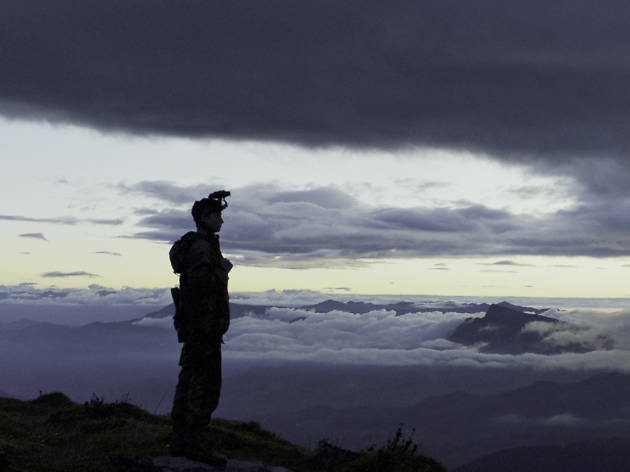 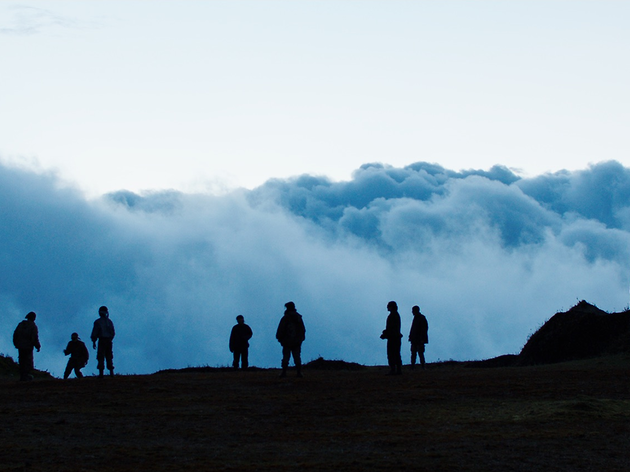 Kids train for guerrilla fighting in a gorgeously atmospheric film that feels like a transmission from the future.

‘Monos’ is the strangest, most unsettling piece of survival warfare you’ll see all year – yes, including ‘Love Island’ – but it’s also one of the most mesmerising. On a mossy mountaintop, a paramilitary squad of teens train for an unnamed war. They play football blindfolded when they’re not swinging around rifles, and they call each other names like Smurf, Bigfoot and Rambo. The film’s director, Alejandro Landes, is Brazilian-born, but he shot in Colombia – the title means ‘monkeys’. The kids, mud-smudged refugees straight out of ‘Lord of the Flies’, pledge allegiance to something called ‘The Organisation’ and take their orders from a shifting, unseen high command.

You won’t really know where it takes place – or when – but ‘Monos’ grabs you right from the off. It feels like an unsimulated version of basic training, and your sympathy for the actors grows as they hoist heavy logs over their heads or shiver in pits. Julianne Nicholson (‘I, Tonya’) picks one hell of an indie to guest in, as an American doctor and hostage who records her proof-of-life videos with an exhausted stare. Occasionally, there will be a harsh, synthesised rattle of squelchy noise: this is the music of Mica Levi, a composer whose radical scores for ‘Under the Skin’ and ‘Jackie’ have revolutionised soundtracks.

Child soldiering has made it to the screen before, but usually with a message. There’s no moralising here: these are dead-eyed survivors. Flickering TVs offer glimpses of the Western world, a land of sweets and Beethoven, but it may as well be a Marvel movie. There’s an escape attempt but ‘Monos’ isn’t about that. It infiltrates a place inside you – an anxiety about our future that lingers. Time to enlist.