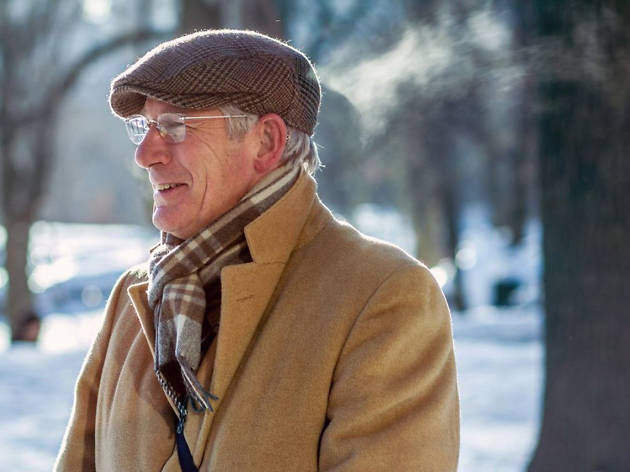 Richard Gere triumphs in one of the best roles of his career, as a scrappy Manhattan schmoozer who gets in over his head

Richard Gere has made a career out of playing hustlers and chancers – from ‘Days of Heaven’ and ‘American Gigolo’, to recent triumphs like ‘The Hoax’ and the hedge-fund drama ‘Arbitrage’. Here, he plays Norman Oppenheimer, a New York schemer desperate to parlay his contacts into a big score – and he’s never been better.

Constantly on the make in his tan overcoat and iPhone earbuds, Norman is a schmoozer, always on the make. His cryptic business card (ever at the ready) reads “Oppenheimer Strategies” and as the company’s sole proprietor, he’s always asking what people need.

The script, by the Israeli writer-director Joseph Cedar has the kind of intricate structure that impresses you the more you think about it. After Norman lures a minor Israeli deputy minister (Lior Ashkenazi) into his confidence with a fancy pair of shoes, the movie pauses to settle its accounts: one politician impressed, one ritzy dinner infiltrated, one ignominious rejection. Then it skips ahead three years. The shoe-loving deputy has become his country’s prime minister and Norman can almost taste his own arrival to the major leagues. But with global peace negotiations in the balance, scandal rains down on both men, while Norman’s rabbi (Steve Buscemi) expects his congregant to deliver on a promised windfall.

Built out of complex performances, unobtrusive camera work and the faintest tinge of comic whimsy, ‘Norman’ is an intimate film that simply has no drawbacks. It ends on a note of metaphysical wittiness suggesting that, for all their pot-stirring, we may need the Normans of the world more than we know. Gere, his Cheshire-cat smile improving with age, has found his most essential role, one that pushes his smooth operator’s desperation to the limit.