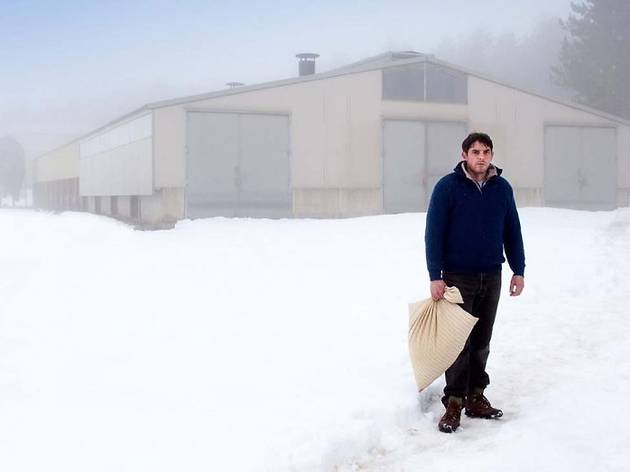 This tricksy French murder mystery wears a bleak look on its face. But it also has quiet fun playing with time and place, drip-feeding us information to make sense of a woman’s disappearance on the windswept hills of a French farming community. It opens in the dark with what sounds like a scream – but which turns out to be the shriek of a goat sitting on the back of a young man riding a scooter through the streets of Abidjan in Ivory Coast. Don’t believe everything you see or hear, the film seems to be whispering to us in this bizarre teasing prologue.

From there, we cut to the unforgiving wintry hills of the Causse Méjean, where most of this adaptation of Colin Niel’s 2018 novel ‘Seules les bêtes’ takes place. Director and co-writer Dominik Moll (the other writer is Gilles Marchand) gives us five chapters, five characters: each of them integral to the same story, each of them allowing us a different perspective on the same unhappy tale.

The role of chance – coincidence – is key to the connections between these characters: two farmers in Lozère, a waitress by the sea, a woman with a holiday home in the hills, the young man in Ivory Coast. But the script stretches our faith at times, especially in the final connections it makes between its European and African characters. What prevents us from crying foul, though, is the bravado of the storytelling, and a firm sense of intrigue.

Moll already played slick Hitchcockian cards in 2000’s ‘Harry, He’s Here to Help’ and 2005’s ‘Lemming’, and a similar creepy vibe and sense of ordinary lives being invaded by terror looms over ‘Only the Animals’. What unites the interlocking stories are their flashes of love and longing – often painfully, tragically unreturned. The film’s emotional side is well-handled, helped by strong performances across the board. But it’s the storytelling puzzle – the pile-up of different perspectives and gradual reveal of the facts – that makes it most worthwhile.

Available in the UK on Curzon Home Cinema. In cinemas in Australia from Jan 21.