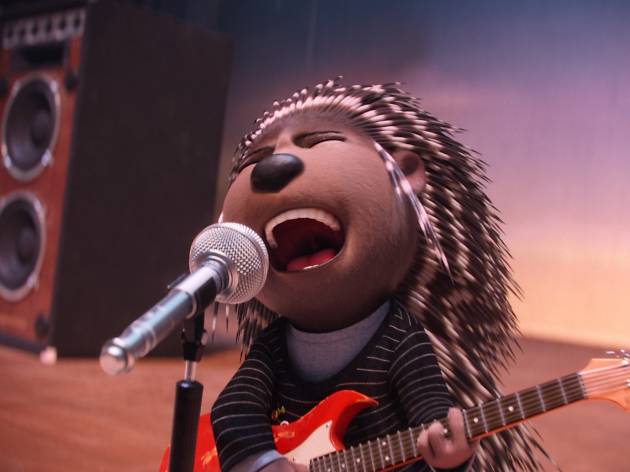 The makers of 'Despicable Me' have delivered a fun, toe-tapping animated musical about various animals living in the city and pursuing their dream to be singers

This delightful animated feature from the studio behind the Minions movies takes a tired-sounding idea – a comedy set around a talent contest – and turns it into something winning and witty. ‘Sing’ is fast and frenetic, dashing from character to character, song to song. Our hero is a koala, Buster Moon (voiced by Matthew McConaughey), a throwback theatre owner-cum-producer down on his luck. With the help of his ageing female assistant, a lizard (voiced by the film’s writer-director Garth Jennings), Buster initiates a singing contest in an attempt to save his crumbling theatre. But a clerical error bumps the prize money up from $1000 to $100,000, and suddenly every singing beast in town is queueing at his door for a chance of winning the cash.

There’s Johnny (Taron Egerton), a British gorilla uneasy with his father’s criminal lifestyle; Rosita (Reese Witherspoon), the harried porcine mother of 25 hungry piglets; Meena (Tori Kelly), an extremely shy elephant; Ash (Scarlett Johansson), a jilted porcupine; and Mike (Seth MacFarlane), a crooning, boastful mouse. Like the most effective TV talent shows, ‘Sing’ balances snapshots of each creature’s home life with their emergence into the spotlight of potential fame. The rush of familiar music – Queen, Elton John, Leonard Cohen – often sung by the voice actors themselves, can feel like listening to a karaoke jukebox in overdrive, but a welcome focus on relationships, emotions and other details of each character’s life stops this feeling superficial.

Anyone who’s seen Disney’s recent ‘Zootropolis’ might find familiar the vision of a busy American city populated entirely by non-humans. But Jennings (‘Son of Rambow’, ‘The Hitchhiker’s Guide to the Galaxy’) just runs with the idea without throwing any jokes or comments in its direction. The animation itself might not be the most inventive out there (this isn’t Pixar), but where ‘Sing’ soars is in its one-by-one attention to its ensemble of beasts and its obvious passion for music: it’s near impossible to watch this film and not be humming The Beatles’ ‘Golden Slumbers’ for days afterwards.