Film, Thrillers
Recommended
3 out of 5 stars 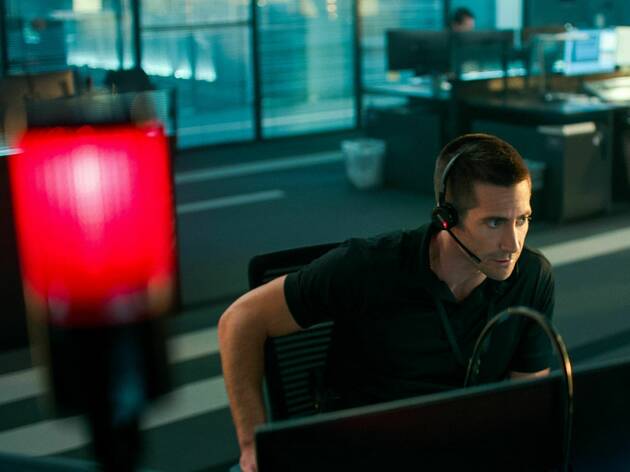 There is snobby idea that US remakes of European movies invariably represent a step down in quality, but The Guilty captures the absolute thrill ride of the 2018 Swedish film of the same name, lit up by a bang-on-form Jake Gyllenhaal. With its one-room set up and a supporting cast that’s heard but not seen, it leans hard on the actor’s screen presence and he doesn’t disappoint.

Gyllenhaal plays Joe, a cop who has been removed from active duty for reasons we are not immediately privy to. None too happy about the situation, he’s passive (and not so passive) aggression personified in a 911 call centre during the California wildfires.

A social distancing film for our times, there are few other on-screen roles to pull focus from Joe. Instead, we are drawn into a kind of filmed radio drama as a whispering caller (Zola star Riley Keough) gets through in a state of panic and distress. Her plight somehow manages to pull Joe out of his worst tendencies. He goes above and beyond the call of duty – obsessively so – to piece together what appears to be a horrifying unfolding case of domestic violence. To say too much more would be to spoil the film’s savage twists and turns.

So, is it the superior spin? Let’s put it this way, if you come to this Netflix remake first, you are going to be blown away by a hurricane-force performance from Gyllenhaal. He’s great as this not entirely likeable man who may even have ulterior motives for riding to the rescue. It’s a role reminiscent of other classics of the actor-on-the-phone thriller subgenre, Colin Farrell in Phone Booth and Tom Hardy in Locke, but Gyllenhall also brings shades of a ruffled Raymond Chandler-like antihero.

Keough, in a (literally) quieter role, also commands in a vocal performance that’s never anything less than viscerally present. Also keep an ear out for cameos from Ethan Hawke and Peter Sarsgaard.

If director Antoine Fuqua thoroughly flubbed his remake of The Equalizer, he properly sticks the landing here. Seizing you from the outset, The Guilty refuses to let go until you’re gasping for breath. If you loved the terrific Swedish original, writer Nic Pizzolatto’s adaptation may feel a little too photocopied, but banish it from your mind and you’re in for a wild time.