The Sense Of An Ending 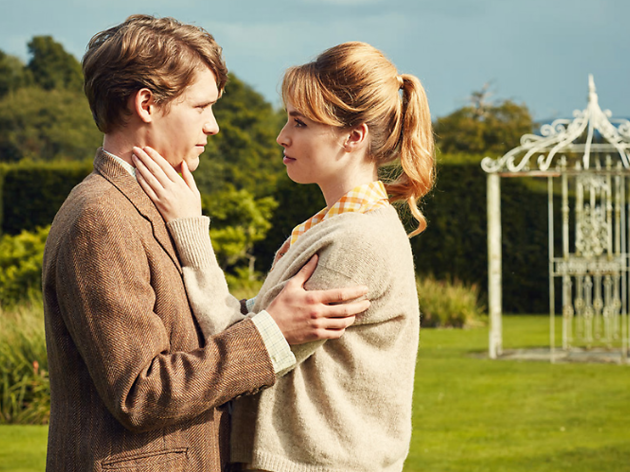 Julian Barnes’s 2011 Booker Prize winner is a tricky book to bring to screen. But this thoughtful adaptation by Indian director Ritesh Batra (‘The Lunchbox’) and British playwright Nick Payne (‘Constellations’) does a compelling job of bringing the novel’s first-person, interior musings to life. Its fragmented story moves fluidly between the present and the 1960s as slightly curmudgeonly, middle-class Londoner Tony Webster (Jim Broadbent, and Billy Howle as his younger self) is forced to reflect on his youth when a letter arrives from the executors of an old acquaintance’s will.

Until this point, Tony had carried in his mind one version of his student romance with Veronica (Freya Mavor): where it went wrong, and how it might have influenced the suicide of an old school friend, Adrian (Joe Alwyn). However, a drip feed of new information over the course of the film raises intriguing questions about how and why we write our own history and just how flawed we are as our own personal chroniclers.

‘The Sense of an Ending’ is comparable to 2015’s ’45 Years’ in that this is also a film about reconsidering everything one thought to be true, and only being able to do so when a certain amount of experience has passed. Both films feature Charlotte Rampling: here, Rampling plays the grown-up Veronica and offers a mid-film dose of cold, hard reality. As films they’re similarly open-ended too, although this seeks a lot more optimism and resolution at its close than either ‘45 Years’ or Barnes’s novel ever did, which is a slight cop-out.

Despite the warmer glow of some of its extended flashbacks, it’s a chilly film, not entirely open-armed or even welcoming at times. But along the way there are several powerful moments and excellent performances, not only from Broadbent but also from Rampling and a superb Harriet Walter as Tony’s ex-wife. This is a mature film in that it asks us to bring a lot of ourselves to it, preferring observation and introspection to melodrama or any big obvious conclusions.