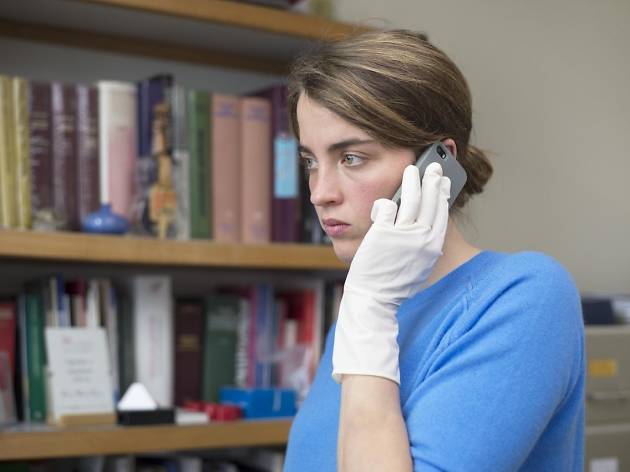 Like sculptors reworking the same granite into familiar shapes, Belgium's Dardenne brothers, Jean-Pierre and Luc, always tell challenging, immediate, contemporary stories rooted in the grey, industrial townscape of French-speaking Seraing near Liège. In their latest, the remarkable young French actress Adèle Haenel plays Jenny, a sensitive but no-nonsense local doctor consumed with guilt when a young prostitute is found dead by the river near her surgery.

The dead girl had knocked on Jenny's door after surgery hours and shortly before her death – but Jenny ignored the bell, perhaps removing the only lifeline available in her final minutes. Having rigidly observed the boundaries of her professional responsibility, now Jenny stretches them to find out the girl's name and what happened to her. She wants to do for her in death what she failed to do in life. She even inquires at the local cemetery about paying for a proper grave.

The other 'unknown girl' is Jenny. We know barely anything about her life beyond work. We can only judge her on her actions, and the Dardennes present her as a paragon of responsibility and passionate community-mindedness – a position in some conflict with the necessary rigidity of medical practice. Not entirely unlike Marion Cotillard in the Dardennes' last film, 'Two Days and One Night', Jenny pounds the streets, asking questions and seeking answers, playing detective while continuing her work as a GP. Yet the two roles fuse awkwardly: somewhat implausibly a call-out to treat a teenage boy's indigestion offers clues to the girl's fate. This causes Jenny to probe the boy's father (Dardenne regular Jérémie Renier), and later she also has questions for another local man (Olivier Gourmet) and the regulars at a local Internet cafe where the girl was recently seen.

As films by the Dardennes go, this is mostly as inquiring and as sensitive as ever in individual moments – especially when exploring the rhythms and rituals of Jenny's working life and the fabric of her down-at-heel local community. And there's an intriguing suggestion that the body itself can hide guilt and secrets detectable by a doctor's trained eyes, ears and touch. But some clunky coincidences and unlikely events confuse the film's mission, and it lacks the clarity and parable-like meaning of the brothers' best films.