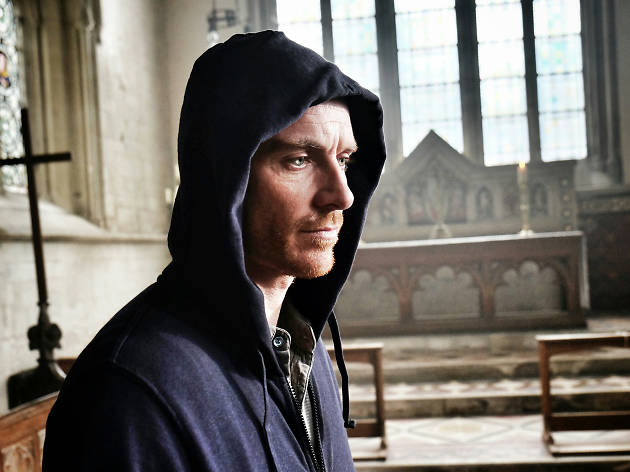 In this scrappy, seductive British edgelands drama, Michael Fassbender plays Chad Cutler, a young-ish father and member of a Traveller family caught between the two-fingers-to-the-law attitude of his clan and his desire to carve out a better life for his wife (Lyndsey Marshal) and school-age kids. But even the idea of sending the children to primary school is offensive to Colby (Brendan Gleeson), Chad’s dad, who still thinks the earth is flat and is the big daddy of the family, feared by locals and hated by the police (Rory Kinnear plays the chief bobby on his tail). Colby is a bit like Mark Rylance’s king caravan dweller in the play ‘Jerusalem’ – only a hundred times less poetic and a thousand times more of an arsehole.

The language of ‘Trespass Against Us’ is rich with slang (‘gorgies’ are people who live in houses), and you feel that this is a film made by someone who knows the territory. It’s directed by Adam Smith, who made the Chemical Brothers doc ‘Don’t Think’ (the band do the music here). And it’s written and co-produced by Alastair Siddons, who over a decade ago worked on a BBC doc about the Johnsons, a notorious Cheltenham family on whom he’s based the Cutlers.

Casting two Irishmen in the leads is a bit of a red herring, as both Fassbender and Gleeson honour the West Country origins of the story. Their accents may not be perfect, but the sparring between father and son, with violence just underneath the surface, is convincing. There are serious themes at play: family conflict and the inheritance and rejection of values. The film also has larky fun with details like hiding from a police helicopter under a cow or joyriding in tiny cars through estates both council and gentry. It’s a teasing celebration of outsiderdom without being a full-on endorsement