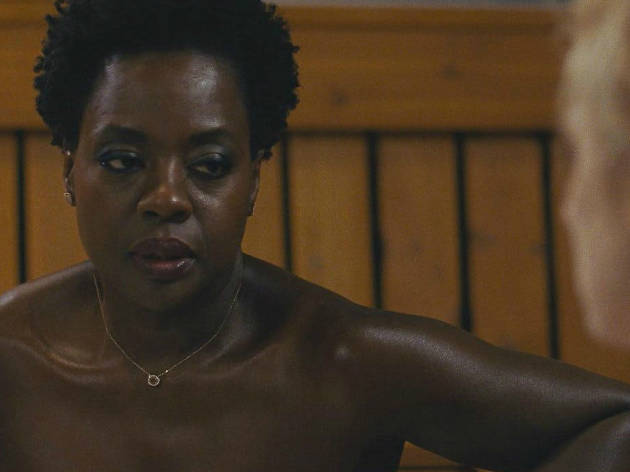 After such imposing movies as ‘Hunger’, ‘Shame’ and ‘12 Years a Slave’ – those titles are punishing enough – you’d be forgiven for assuming British director Steve McQueen had a mean streak, if not toward his audiences, then his actors. Now comes ‘Widows’, which also has its fair share of suffering, mainly on the haunted face of Viola Davis. But McQueen has discovered something new. Should we call it fun? Let’s not get carried away. Still, ‘Widows’, a supercharged Chicago-set caper of consummate skill, zooms along in a way that feels peppier than usual, McQueen brewing the action and ominous municipal intrigue like he was trying to outdo ‘The Fugitive’. He comes frighteningly close.

Three women dominate the film, delivering it to a poise that ‘Ocean’s 8’, a high-collared pretender, can only dream of. They’re all the recent widows of a freshly deceased gang of high-stakes criminals, men who barely get any screen time. In their absence, Veronica (Davis) floats around her white-walled penthouse like a ghost, Linda (Michelle Rodriguez) gets her thrift store sold from under her, and Alice, an abused blonde trophy wife (Elizabeth Debicki, running away with the movie via skittish fragility and, later, pure moxie), is urged by her own mother to become an escort. As if economic freefall and grief weren’t enough, their husbands’ unfinished business shows up on their doorsteps, thuggishly demanding payment or else.

To watch them coalesce into a hard-nosed crew of heisters is the year’s most purely pleasurable piece of transformation. McQueen, adapting a 1983 British TV miniseries with ‘Gone Girl’ screenwriter Gillian Flynn, peppers the flow with spikiness, mainly involving a vicious, unpredictable enforcer Get Out’s Daniel Kaluuya), Colin Farrell’s corrosive up-and-coming politician and his even-worse dad (Robert Duvall, explosive like he used to be). Cynthia Erivo brings much-needed warmth to things as a can-do hair-dresser turned getaway driver. It’s a lot of plot for one sitting, but ‘Widows’ will remind you of how massively entertaining crime movies can be, especially when they’re animated by the spirit of cool-headed capability, on and offscreen.