Between them, the two founding fathers of disco have a combined age of 136 and dozens of era-defining hits. Now each is releasing his first new album in decades

His name is Giovanni Giorgio, but everybody calls him Giorgio. What they don’t call him is lazy. Having casually laid down the template for electronic dance music in the ’70s, aided by a bank of synths, a lustrous moustache and colleagues such as Donna Summer, Blondie and Bowie, Giorgio Moroder hasn’t dropped the pace in his own eighth decade. After surprisingly launching a DJ career last year at 74, he’s putting the finishing touches to a new record that features vocals from Kylie, Sia, Charli XCX, Kelis and many more.

Chic founder Nile Rodgers has balanced his prolific work as a hit writer with a desire to keep Chic gigging in absence of bassist Bernard Edwards, who died in 1996. In recent years, Rodgers has overcome the horror of cancer and rebooted his career with Daft Punk and ‘Get Lucky’. And now, at 62, he’s finally reviving Chic as a recording concern.

Why have these two disco kings chosen 2015 to make their return? What do they think of the pop scene whose foundations they helped lay? And do they have any disco regrets? 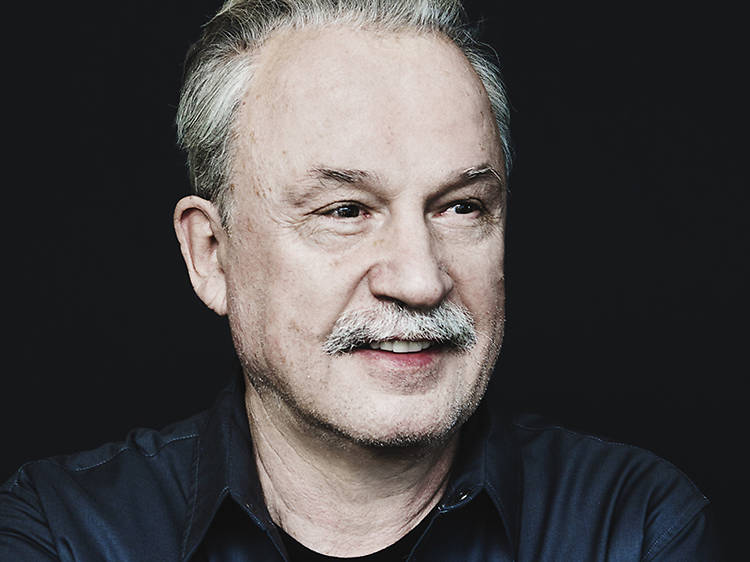 You started as a performer in the late ’60s. Why did you become a producer?
‘Well there was several reasons. One is that I don’t think I have a great voice. But mainly I was so afraid of forgetting lyrics onstage. I do not know one lyric from my songs! Years ago I did some gigs to make some money, and I would sing Beatles songs and everybody in the crowd was singing the lyrics and I forgot them.’

How has the business changed since the ’70s?
‘It’s totally different now. When I would work with Donna Summer or Blondie, I was much more in charge. I would tell the singer what to do. Now, some singers you don’t even meet, because tracks are done in Los Angeles or Stockholm over Skype. I think management protect singers a lot more now too. I used to call a singer up and say: “Do you want to do something?” Now they have to talk to management, lawyers and a record label. It takes so much longer now.’

So which singers didn’t you meet?
‘I didn’t meet Sia. I sent her the tracks and I almost forgot about them, then suddenly I got a call saying the song was ready. It was great because she sang it and she did the harmonies and she had her co-producer mix it, actually. She is such a professional.’

Are you a perfectionist?
‘No, not like Daft Punk, who really are perfectionists. There’s no limit for those guys. If I listen to some of the old Donna Summer songs, for example, I can hear some notes that aren’t played quite right. Now, of course, it’s easy to fix – you don’t have to get the bass player back in – but I don’t use Auto-Tune to fix stuff.’

Is it true that Britney Spears is on the album?
‘She is. Britney I didn’t meet. I think the poor girl is so busy, between Las Vegas where I think she performs two or three times a week. From the very beginning, I always liked her. Then she had that little incident with the drug problem and the shaving of her hair but she is fully back and very successful in Vegas.’

You DJed for the first time last year, aged 73. How has nightclubbing changed from the days of Studio 54?
‘Well Studio 54 was crazy, with all the drugs and the VIP rooms and the sex on the stairs. The big difference is that the DJ at Studio 54 would play the songs and people would dance – that’s it. Now they don’t even dance. They just look up at the DJ.’

The fact that you’ve grown the moustache back seems to indicate you mean business.
‘Yes, well it was my wife’s idea. She wanted it. To be honest, if it wasn’t for her, I would shave it off immediately.’

Finally, you’re 74. Does your family think you’re crazy?
‘No, my son thinks I’m crazy but my wife loves it, because my wife is my biggest fan. She’s 22 years younger than me, so she grew up with my music. She’s Mexican, so at 15, she was dancing to Donna Summer. Also I like this better than not doing anything interesting all day long, stuff like playing golf. I mean, how long can you really play golf?’ 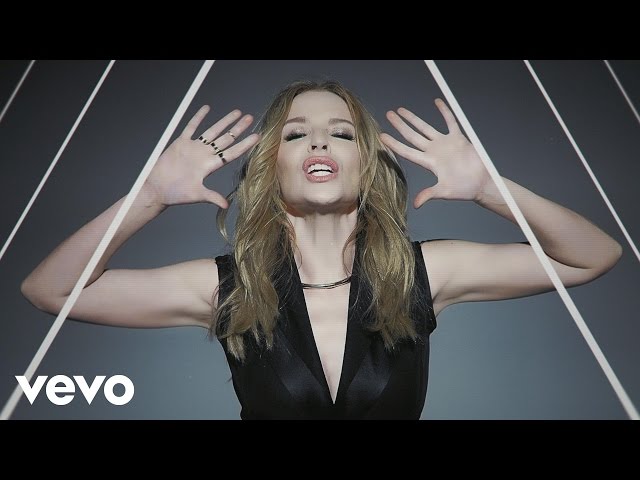 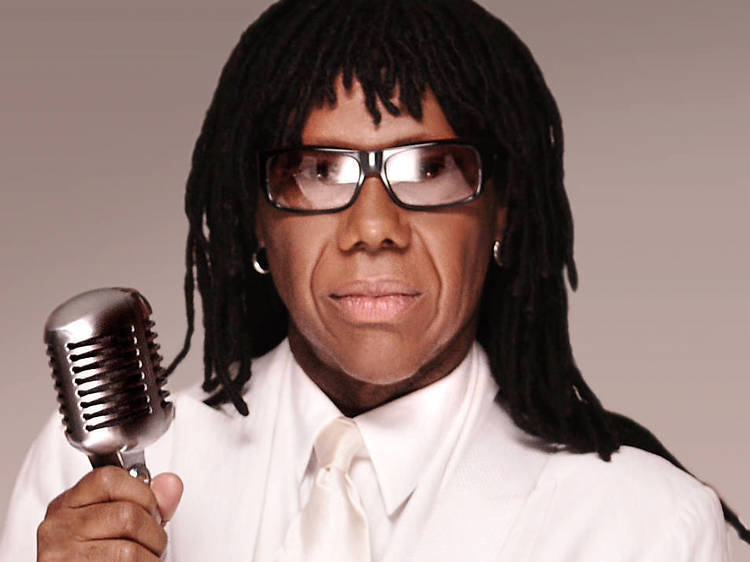 I know you’re still recording the new Chic album, but tell me what to expect from it.
‘I have Michael McDonald on one song, Elton John on another. Janelle Monáe, Chaka Khan and Miley Cyrus will be on it too.’

And you’re dropping a single, ‘I’ll Be There’, this week. Is it true that it’s based on rediscovered tapes of Chic in the ’70s?
‘Yeah, the A-side has everyone who appeared on Chic’s first single [1977’s ‘Everybody Dance’], and the B-side is everybody who was on the very last Chic single – before I broke up the band and recorded “Let’s Dance” with David Bowie, about five days later.’

Why release the single way before the album?
‘It’s simple. Out of all the records I’ve ever put out, I don’t know a single date any of them were released. But because this record feels like something of a rebirth, I wanted to make sure I’d always remember it. I lied to my record company when I signed the deal. I told them I’d put out “I’ll Be There” last year. But I knew way in advance that there was an eclipse coming on the vernal equinox. Not only is it a total solar eclipse, it’ll also be a supermoon – where the moon is at its closest point to the earth. How are you gonna forget that, huh? Also, because of the moon’s gravitational effect, the earth slows down 1/250,000,000th of a second, so in fact it will be the longest vernal equinox in the history of the planet. And BTW, it’s also the day my record comes out!’

How did you come by those original tapes?
‘They were being digitised by Warner Brothers. They’ve been going through their tapes alphabetically, so when they got to “C”, they sent them to me. The banter between tracks is priceless. It’s like opening a time-capsule, because we’re talking about things going on that day. It’s like ghosts are right in the room with you.’

How come that original track didn’t get used?
‘The only reason we have this outtake is because black bands didn’t get the same budgets that the rock bands go. Our sessions were only half-day sessions. So we recorded this track at the end of a session. The basics are the same. I mean, what do you need to add to a Bernard Edwards bassline? The only thing I did was write a song on top of it.’

I believe you always wear white onstage to honour Bernard. Can you explain why?
‘Bernard died while we were in Japan. I didn’t know the custom is to bury people almost straight away. They put together an impromptu chapel at the police station, and he was in a glass-topped coffin wearing a white kimono. The chief of police said, “Please, be with your friend.” And that’s why we wear white. Also at the very start of every Chic show, we make a huge racket and then we stop and go into a brief moment of silence, for Bernard.’

What’s your policy on playing ‘Get Lucky’? Because for a while you weren’t including it in your sets.
‘Oh, we do it now. I didn’t want to play ‘Get Lucky’ until Daft Punk got to play it. After we all did it at the Grammys, I was totally fine. I wanted it to be a very important moment. A few years ago, I was stricken with cancer. When I pulled through, I decided to try make as much music as possible, and “Get Lucky” was one of the first things to come out of that. I can’t tell you how important that was to me.’

Finally, Giorgio Moroder seems to regret ever becoming synonymous with his moustache. Do you have any style regrets?
‘[After a very long pause] Y’know, I was never a fan of jumpsuits [laughs]. I wasn’t a really big fan of the big shoulder pads too, but when we did it, boy did I have some big ones. In the movie “Coming to America”, there’s a tiny cameo of me walking past Eddie Murphy’s character and my shoulders are out there like an American football player. I also had a Jheri curl hairstyle too. It looks ridiculous.’

Everybody regrets Jheri curls though.
‘I know. It makes me laugh when I see pictures of NWA for example, all gangstered-out but with Jheri curls. “Yo, I gotta go get my gun, but first, I gotta get my curl activator…”’ 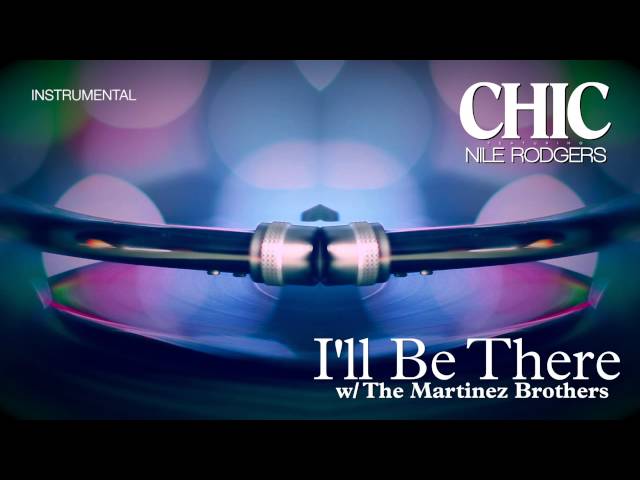