As debauched record biz tale ‘Kill Your Friends’ hits the big screen, its author speaks about working and partying as an A&R man in the 1990s

Blur on the radio, ‘TFI Friday’ on the telly and Kula Shaker playing headline shows – it’s like the ’90s never ended. But they did, and now they’re back again. In a period of revivalism, both good and awful, the screen version of ‘Kill Your Friends’ couldn’t have come at a better time.

Based on John Niven’s novel of the same name, the film is inspired by his time as a A&R man. It paints a scathing, darkly hilarious portrait of the UK record industry in the late ’90s. The protagonist, Steven Stelfox – played by Nicholas Hoult – is the personification of this industry: fuelled by cocaine, sex, hate, champagne, quadruple whiskies and driven resolutely by financial greed and success at any gory cost.

Alongside the full-throttle debauchery, ‘Kill Your Friends’ also portrays ’90s Britain in brilliant detail. After watching the film, you’ll feel you’ve hoovered up more cultural references than Stelfox does lines. We spoke to the charismatic and brilliantly sweary Niven about the decade, his time in the industry and portraying Goldie, how shall we say, unflatteringly...

‘Kill Your Friends’ is an incredibly dark book, but there’s a lot of humour in there too. Was it important to bring this out in the film?
‘Yes, and I think we did. If you’re talking about a lot of young people with a bunch of money, doing a lot of coke and champagne and getting laid, it’s kind of hard for that not to look fun. The audience can form its own moral relationship afterwards.’

Did you leave the music industry because you were disillusioned with the greed and hedonism?
‘A lot of people think I’m like Stelfox, but the truth is I’m much closer to [quieter, introverted character] Darren. I’m like the vegetarian who was forced to work at the abbatoir, and who was horrified but was gradually seduced by it. By the time I left, I was quite jaded and cynical. I had a very indie background – I played guitar in an indie band – and to get thrust into that major label world, especially somewhere like London Records... It was a churn-and-burn, hit singles-driven, fuck-the-album world. But it was also very seductive, because we were having big hits and making a lot of money. We nearly had the Christmas Number One three years running, until I fucked it with [lounge-pop covers band] Mike Flowers Pops.’ 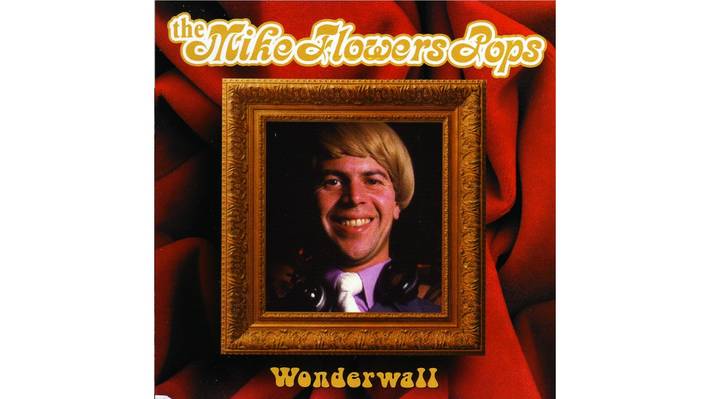 How did that happen?
‘It was the first record I signed at a major label. I went to see them play then stumbled into the office the next day, hungover. Nick Raphael, who now runs Capitol Records, said: “Any hits with that band you saw last night?” I said: “Nah, it’s all covers.” The next day, I heard Chris Evans playing their version of “Wonderwall” on his show. I went “Oh, for fuck’s sake…” I got Mike's number somehow, rang him and we signed that record. We were so close to being the Christmas Number One, but Michael Jackson took it with “Earth Song” by about ten sales in the final week. I still can’t hear the opening bars of “Earth Song” without flinching.’

Did the record industry exist in that greedy, hedonistic way purely because of the money?
‘Money was a huge factor, but you have to understand just how cash-rich it was. Back then, Portishead would sell a million albums in the UK, at £14 a time. These days, if you do 100,000 albums at £7 each, you’re a hero. We were doing ten times the volume at double the price.’

There are numerous references in ‘Kill Your Friends’ to the fact that nobody in the industry knows what they’re doing. Is that how it was?
‘On one level, yes. Whenever there’s a big success, you’ve got to put your fingerprints on it. But whenever there’s a failure, you have to completely disassociate yourself from it. Such is the business.’

Do you think aspiring musicians are put off by the industry?
‘When I do live readings of ‘Kill Your Friends’ I always like to do the bit where Stelfox talks about unsigned bands for five pages: “A couple of words of advice: fuck off.” Every time, some kid will come up to me afterwards and say: “Hey, man, that was so funny.” And I say: “What do you do?” They’ll reply: “Oh, I’m in a band.” God bless them, it doesn’t dent them. They don’t hear it and go: “He’s right, I should go and get a job and become an accountant or an IT guy.” And I don’t want them to. You have to have the people who go: “Fuck you, I’m gonna be the one that makes it.”’

Is it true you passed on signing Coldplay and Muse?
‘Yeah, but it wasn’t like I had them sitting in my office and said “You can’t sing, you can’t write, fuck off.” We just got the demos at the same time every other label got them. My reaction to them was kind of what it is now: “Really?” To be fair, Coldplay didn’t have “Yellow” on that demo. I wasn’t that deaf. But Muse – I wasn’t a fan then, I’m not now. But in terms of the job I was hired to do at a commercial record label, I was very bad. I thought Mogwai would be bigger than Pink Floyd. What the fuck did I know? I was a madman!’

Was everyone making these impulse decisions?
‘Yeah. As I say in the book and the film, these decisions are made under the influence of peer pressure, alcohol, drugs and fear – constant fear, because nobody’s got a fucking clue what they’re doing and ultimately you just take a punt. Look at Richard Russell, who runs XL Recordings, and all the acts he’s signed going back to 1992, I guarantee there’ll be a graveyard full of turkeys. But if the ones you pick every five years are The White Stripes or The Prodigy, you’re fine.’

‘Music itself is as fundamental as fire-lighting and fucking. It’s not going anywhere’

Why do you think there’s now a resurgence of interest in ’90s culture?
‘If you look at it from a sociological point of view, the peak time for any cultural renaissance tends to be roughly 20 years after it happened. There’s a generation who view it as an unknown, exotic and culturally exciting time, and you also have the people who’ve just got enough distance from it to be able to view it largely fondly. People over the age of 35 say: “Oh my god, I remember those days, they were fantastic, what a great time.” People under 35 say: “Oh my god, I can’t believe we missed out on that. And you guys fucked it for everyone else after you.”’

You’ve just appeared on the new series of ‘TFI Friday’. Did you used to watch it in the ’90s?
‘London Records [Niven's first major label job] was in Hammersmith, almost next door to Riverside Studios, where ‘‘TFI’’ was recorded. Some of us would usually end up in the pub at four o’clock on a Friday, and all the bands from the show would be in there – Dodgy, the Manics or whoever. Because we were 25 or 26 we could drink six pints at four in afternoon and then go out for night. ‘‘TFI’’ was a big “Weekend starts here” kind of show for a generation.’

Which bands from that era did you like?
‘I can’t overemphasise the thrill of seeing Oasis at The Water Rats in London. Early on they were such an exciting live band. Mogwai, too, would blow you away. I came from the ’80s, where any band you liked was guaranteed to never play to more than 200 people. In 1994 that landscape changed, and bands you liked were on the radio and in the charts. By 1997 it had all gone to shit and everyone was making terrible, cocaine-addled records. As you get older you realise that’s the pathway of generations; excitement and intoxication followed by corruption and decline.’

Are most of the stories in ‘Kill Your Friends’ based on real-life experiences?
‘Not that many. But I’ll give you an exclusive: the bit in the book where Stelfox is fucking his secretary and they’re doing dirty talk, and he’s stuck for something to say and calls her “a fucking… idiot” and she goes bananas – that was taken from real-life. But I can’t go into names!’

Have you had any run-ins with the musicians that Stelfox slates?
‘Not so far. Not even Goldie.’

‘He was a scary prospect in those days, Goldie. But it wasn’t just him, none of us were very nice’ 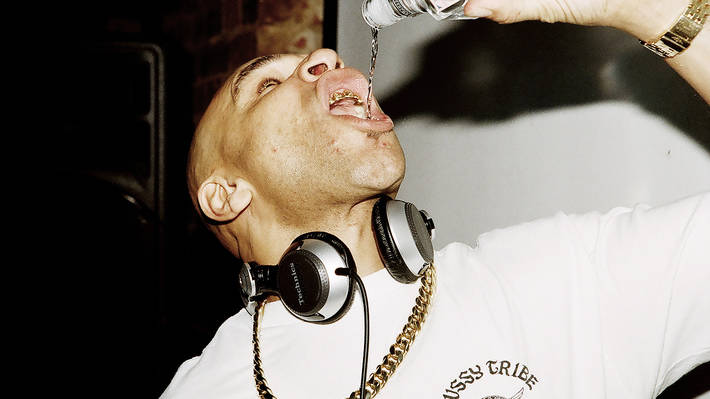 That was going to be my next question!
‘He rang me up to say: “I love the book, no hard feelings. I was a cunt back then.” He was a scary prospect in those days, Goldie. But it wasn’t just him, none of us were very nice. I was recently talking to someone from a popular indie band, who said: “You don’t hear anyone saying ‘I was a really nice, well-adjusted person back when I was taking all that cocaine.’” In the music industry, the egos are so large that people would be offended not to be in the book.’

Has the record industry become boring now?
‘I’m the wrong guy to ask. I live outside of London and play golf and have lunch in fancy restaurants. What the fuck do I know? But I’m sure that tonight there’ll be a bunch of kids going to some tiny club in east London, going absolutely fucking bananas to some amazing band, and there’ll be some label trying to sign them. I don’t think the industry will reach that “fall of Rome” time it did when I was there, but for all the doom and gloom talk, music itself is as fundamental as fire-lighting and fucking. It’s not going anywhere.’

‘Kill Your Friends’ opens in cinemas on November 6. 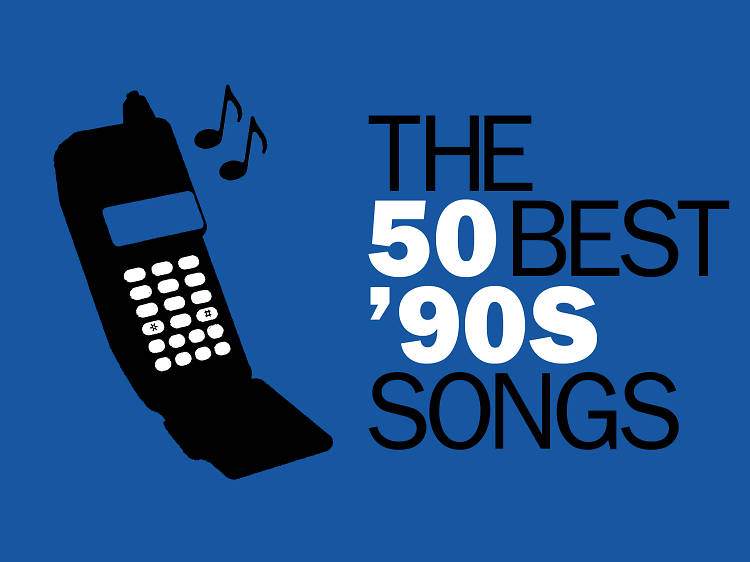 Aspiring musician? Help is at hand! 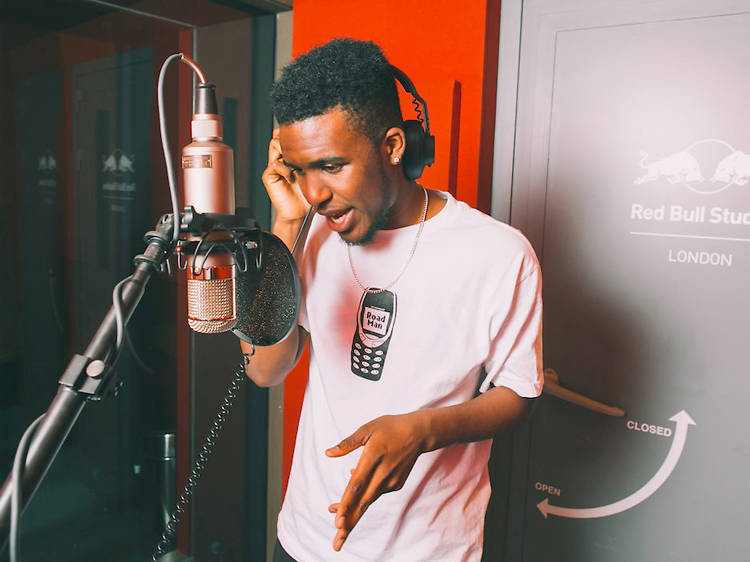 Finding experts willing to nurture your musical talent can be like looking for a plectrum in a haystack, but there are some great schemes out there that allow aspiring musicians to get a foot on the industry ladder.