We countdown the north London singer's best tracks, including hits 'Rehab' and 'Back to Black'

Amy Winehouse may have left a relatively small body of work after her untimely death in 2011 but she has a massive legacy. Her first album 'Frank' reinvigorated UK jazz while her Grammy award-winning second album 'Back to Black' is the thirteenth-best-selling UK album of all time. In her honour, here are the ten best Amy Winehouse songs – surprisingly difficult to pick, because she never wrote a bad track. 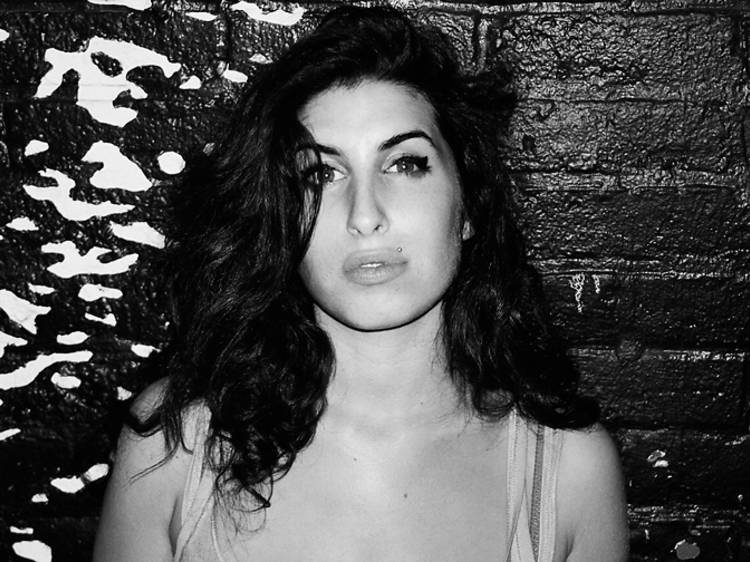 It’s worth mentioning that Winehouse’s debut album ‘Frank’ was released when she was just 19 years old – but the entire record shows a wisdom and maturity far beyond her years. This track, which samples Nas’s 2003 song ‘Made You Look’, is all about having sex with your ex. However, Winehouse’s lyrics show she’s completely in control of the situation: ‘yours is a familiar face, but that don’t make your place safe in my bed… the only time I hold your hand, is to get the angle right', making it a soulful feminist power anthem. 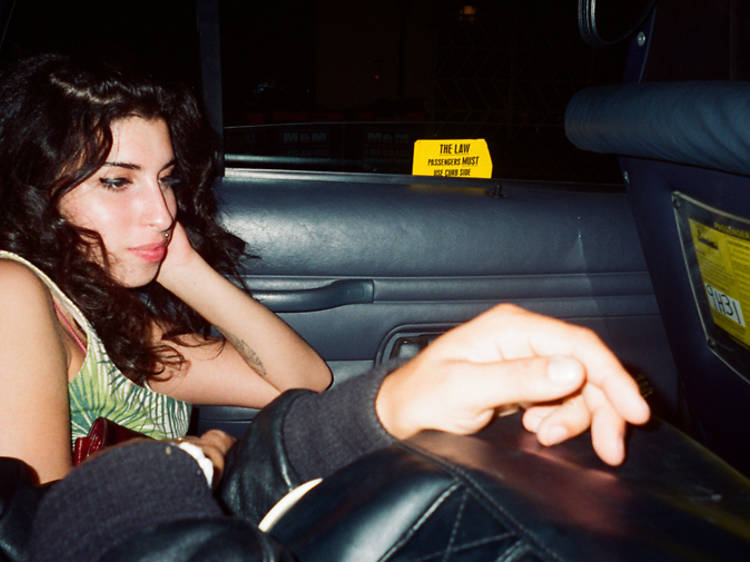 The one with all the name-checks

‘What kind of fuckery is this?’ Winehouse sings dramatically on this song from ‘Back to Black’, which sounds exactly like an old jazz standard. This is probably the first song ever to mention both Sammy Davis Jr and rapper Slick Rick – but Winehouse was known for her niche music taste. It’s also been reported that the ‘Mr Jones’ in the song is actually Nas. There are a few clues throughout, for example the ‘nine and 14’ lyric that  relates to the pair’s shared birthday of September 14.
Advertising 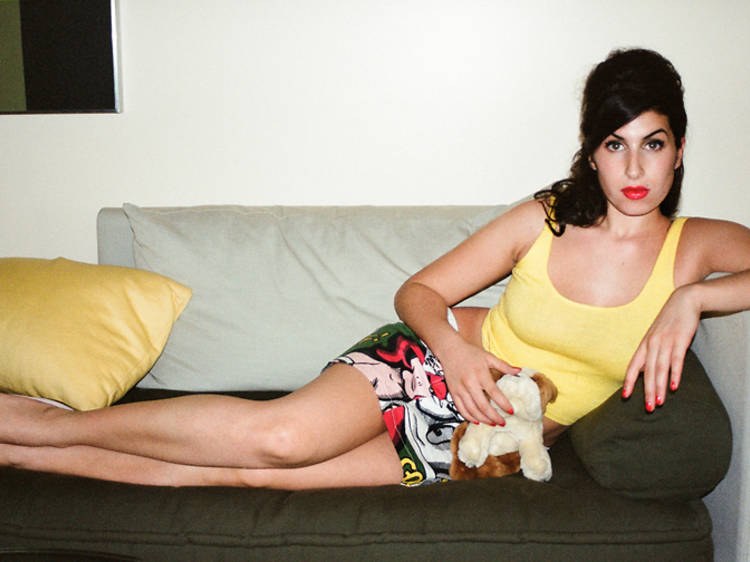 This song about sparring, cheating lovers set over a doo-wop beat features a perfect example of Winehouse’s signature clever wordplay (cheats = sheets, geddit?). It appears on her posthumous collection, ‘Lioness: Hidden Treasures’, and hints that she was heading in the direction of a more laidback, 1950s-style sound. Though it’s poppy, don’t be fooled. With lyrics like ‘I would die before I’d divorce you / I’d take a thousand thumps for my love’, this is peak despairing Winehouse. 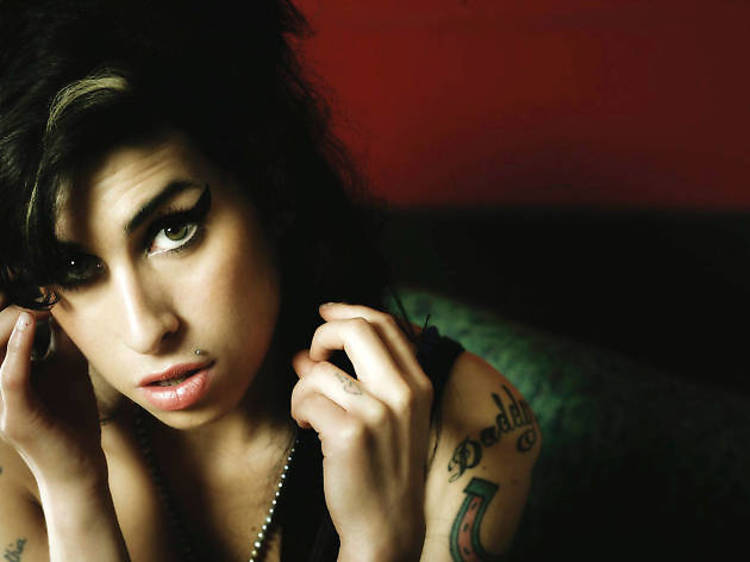 The one where she gives herself a strict talking to

The video for this features Winehouse in a sundress with her beehive looking bigger than ever, strolling absent-mindedly through the streets of LA and entering a motel room littered with empty bottles and cigarette ends, hinting at her real-life excesses. The song samples the Motown classic ‘Ain’t No Mountain High Enough’ but the lyrics are all Winehouse, especially when she gives herself a strict telling off: ‘I should be my own best friend, not fuck myself in the head with stupid men’. There’s also a fantastic stripped-down demo version that appears on ‘Lioness’ and is definitely worth a listen.
Advertising 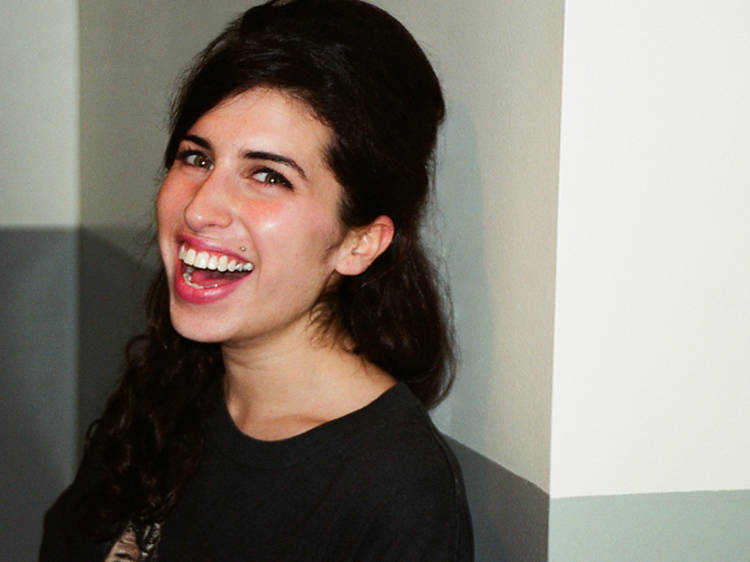 The ode to smoking weed

We can’t think of another jazz record that features an entire song dedicated to the perils of sharing your precious weed stash with a guy who never buys his own, but Winehouse was always an innovator. In this one, she issues a stinging threat to her friend’s user boyfriend that’s arguably her best lyric from ‘Back to Black’: ‘I’ll check him at the door, make sure he got green / I’m tighter than airport security teams’. 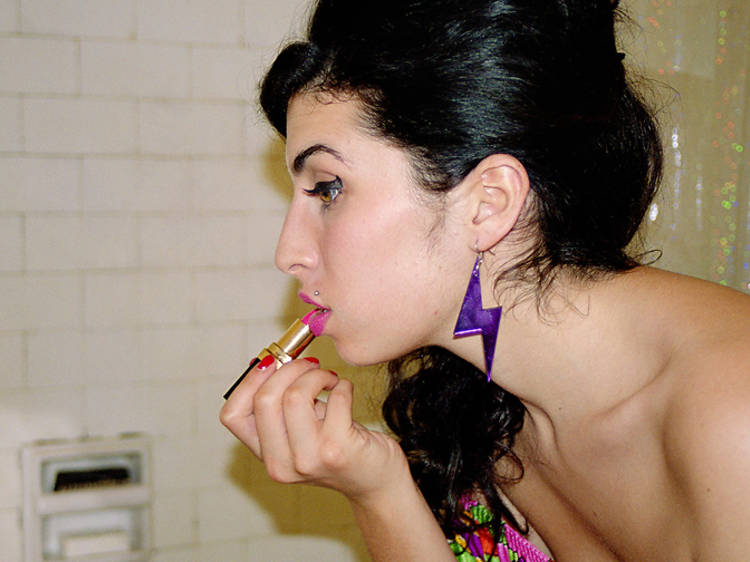 The one where she takes down waster boyfriends

Another banger from ‘Frank’, Winehouse’s tale of a girl fed up with her whiny older boyfriend definitely strikes a chord with any woman who has dated an absolute wasteman. In the fierce video for this Ivor Novello-winning single, written by Winehouse and producer Salaam Remi, she laments her useless bloke (‘Don't you know you supposed to be the man? / Not pale in comparison to who you think I am’) before leaving him semi-conscious in the street outside after he drunkenly vomits in her car.
Advertising 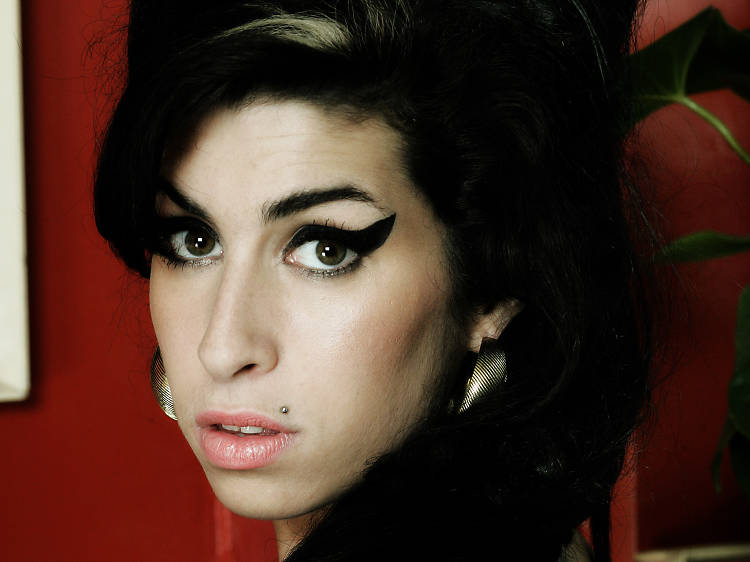 The one that catapulted her to pop stardom

Based on her real-life struggles with her management company, who were encouraging her to check in to rehab due to her drinking, this is the song that made Winehouse a worldwide star. Set over a rocking, Motown beat and produced by Mark Ronson, here she fervently argues the reasons why she won’t check in to the Priory: ‘I ain’t got the time / and if my daddy thinks I’m fine’. A perfect pop song, and one that scored a much-deserved Grammy Award for best female vocal performance. 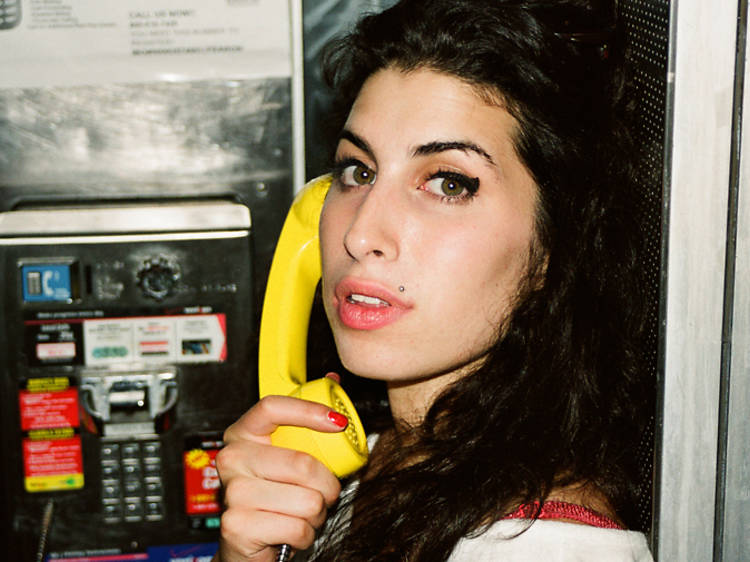 The one to cry to

This stripped-back, heartbreaking ballad was covered by fellow sadly deceased legends Prince and George Michael. (In fact, George said it was his favourite ever song when he appeared on ‘Desert Island Discs’.) However, the most breathtaking version is Winehouse’s live performance at the 2007 Mercury Awards, her first appearance since an alleged drug overdose. Many people were expecting a trainwreck – or for her not to turn up at all – but instead she practically silenced all her critics with her incredible talent.
Advertising 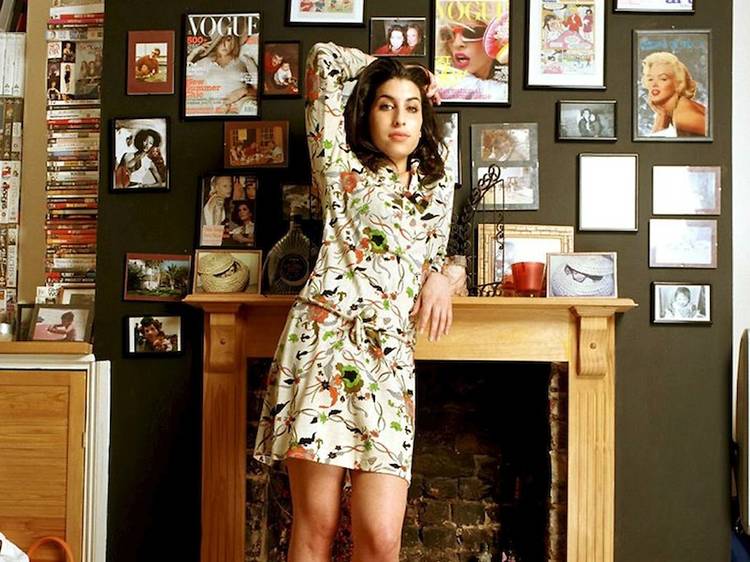 A withering takedown of the Wags and gold-digging glamour girls who used to frequent Mayfair clubs back in the early noughties, this is the standout track on ‘Frank’. With acerbic lyrics about taking ‘too much E’, ‘getting caned’ and boob jobs, Winehouse showed everybody who was listening that she was ruder, cooler and a hell of a lot more interesting than the other jazzy and quite middle-of-the-road female singer-songwriters who were popular back in 2003 (looking at you, Katie Melua). 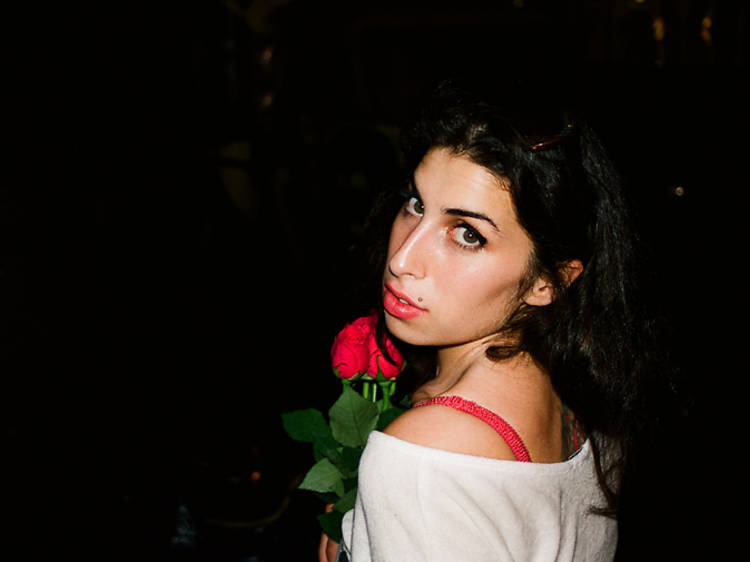 With its stomping Motown minor chords reminiscent of 1960s girl-group ballads, heart-rendering Etta James-esque vocal and stylish black and white video, this sums up Winehouse at her absolute best. ‘Back to Black’, the title track from the album, is one of the best breakup songs ever written, inspired by one of her early splits with Blake Fielder-Civil. This one’s for anybody who has ever been left by their partner for another person. We defy you not to cry a bit.
Show more 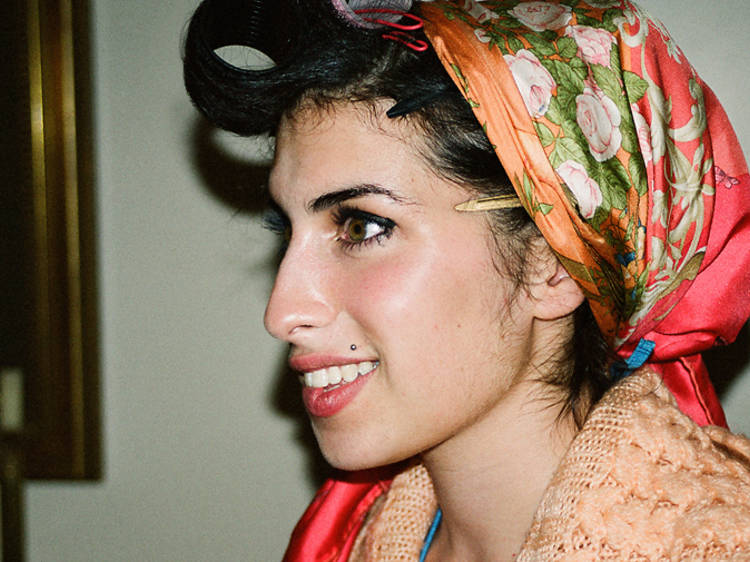 Amy Winehouse was as frank in interviews as she was in her music, and despite being deeply troubled for periods of her life it never, ever felt like she was pretending. We've collected just some of her fantastic quotes.