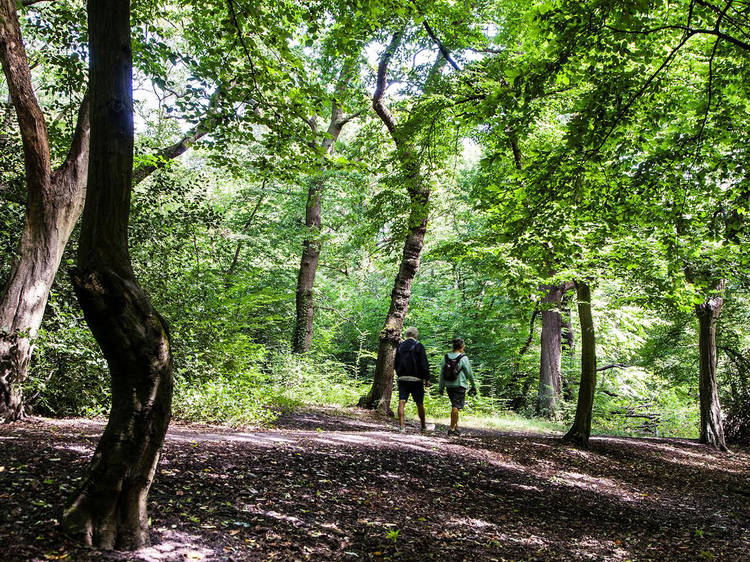 In your London working life, surrounded by office blocks and chewing gum-plastered pavements, it's easy to forget that our glorious capital is one of the greenest cities in the world. With over 8 million trees and around 47% green space, we're never that far from a little bucolic escape. Rambling heaths, woodlands, streams, wetlands, rolling hills, hidden gardens, even lavender fields – is there anything this fine city doesn't offer? If you're craving a trip to the countryside, first check out what's on your very doorstep. Grab your picnic provisions, walking shoes or waders and set out to one of these 11 rural-feeling London greenspaces. RECOMMENDED: Outdoor London 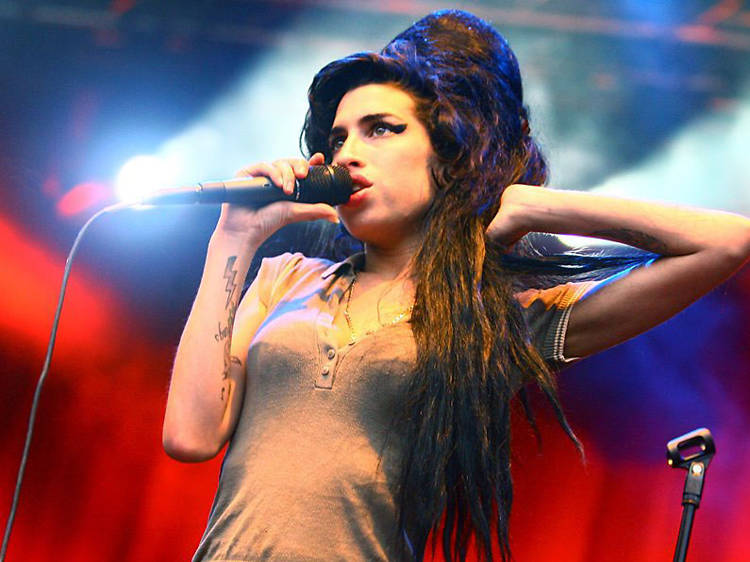 Amy Winehouse may have left a relatively small body of work after her untimely death in 2011 but she has a massive legacy. Her first album 'Frank' reinvigorated UK jazz while her Grammy award-winning second album 'Back to Black' is the thirteenth-best-selling UK album of all time. In her honour, here are the ten best Amy Winehouse songs – surprisingly difficult to pick, because she never wrote a bad track. Images taken from Charles Moriarty's book 'Before Frank', a series of previously unseen Amy Winehouse portraits. 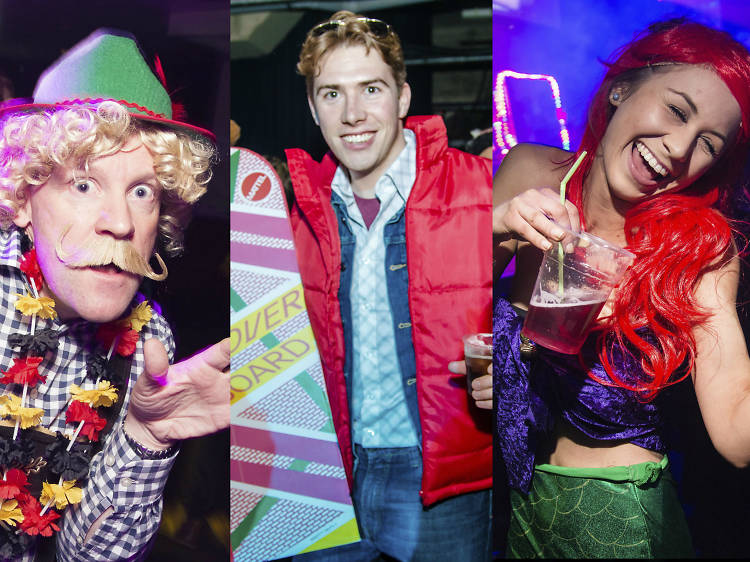 Say cheese! Here are the strongest looks from 10 years of Club de Fromage

London’s clubbing scene may have changed a lot in the past 10 years, yet one place has not only endured but has also managed to thrive – the Islington-based anarchic, cheesy and very fun pop night Club de Fromage.  Since 2006, an estimated 300,000 people have entered the doors of Fromage, and co-founder Carl Hill (who goes by the name of Slow Alfie for Fromage purposes) has also taken the night everywhere from Glastonbury to Ally Pally to Margate.  Fancy dress is optional at Fromage – but very much encouraged. So, to commemorate their 10th birthday this month, we asked Slow Alfie to choose some of the strongest looks from all the Fromages over the years… 1.The Panini sticker lads ‘Though they had come to our Wild and Western Night and hadn’t exactly stuck to the theme, I made sure our photographer got a snap of them. I remember finding one of the boards at the end. Unsurprisingly, there’s always a lot of costume bits left at the end of a night. I stuck my head through one of these and imagined I was John Bumstead, a Chelsea player everyone at my school had about 15 duplicates of.’ 2.The Marty McFly guy ‘Although we’ve had “Back to the Future” parties before, this night wasn’t one of them. He did well to get his hover board in past security and the outfit was spot on, I was actually quite jealous. Had I been me aged 10, I probably would have taken him out the back and mugged him for it, but instead I could only look on in envy. We got him up on stage, but oddly his hover boa 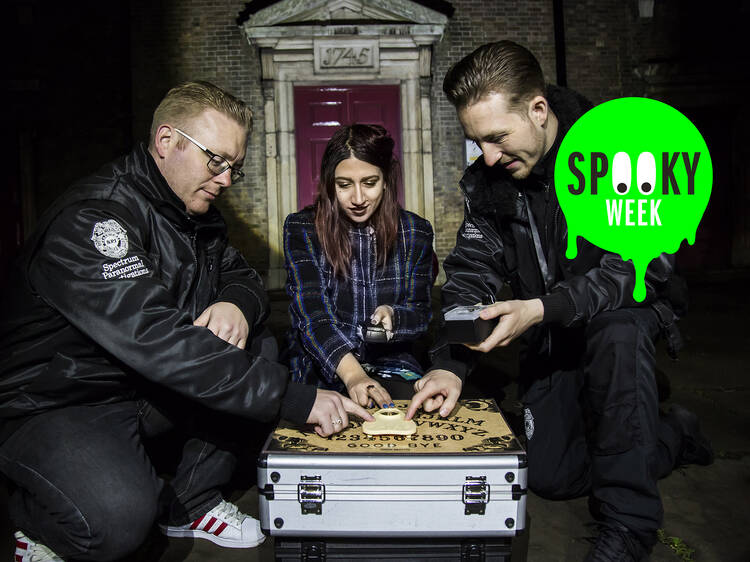 A big night out with London's real-life ghostbusters

It’s a wet Saturday night, and there’s a group of us standing in Farringdon’s Bleeding Heart Yard, waiting impatiently for Elizabeth. She’s not that friend who’s always late: she died over 400 years ago. Elizabeth is a ghost.  At this time of night on a weekend, you’d usually find me downing spirits rather than seeking their company. But tonight I’m on a mission, travelling to three of London’s most haunted places with a group of six paranormal investigators in an attempt to meet a spook. I’ve got until midnight. By the time Hazel Williams, Head of Investigations at Spectrum Paranormal, starts calling for Elizabeth to make herself known, I’m trembling like Scooby-Doo. I know what you’re probably picturing – a medium in a channelling trance or a priest yelling ‘Show yourself!’ – but Hazel’s using Flir, a thermal-imaging app on her phone. She explains that it will show a drop in temperature if any phantoms are about. We stand and wait.  London’s history – plague pits, royal executions, grisly murders – makes it fertile territory for paranormal goings-on. Most streets in this city have witnessed something horrific, Bleeding Heart Yard more so than most.  Photograph: Rob Greig Legend has it that its name comes from the murder of seventeenth-century socialite Elizabeth Hatton; her body was found ‘torn limb from limb, with her heart still pumping blood’. Tonight there’s no sign of her on Flir. Maybe the rain put her off.  Elizabeth may be having a night off, but the Spectrum team 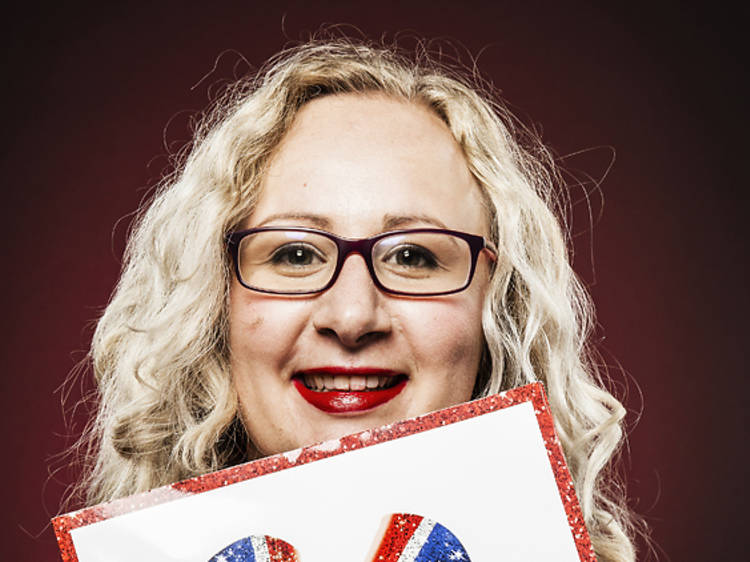 So, you’ve been to see ‘Matilda’ twice? Big deal. To celebrate the launch of Theatre Month, Natasha Wynarczyk meets three Londoners who are obsessed with West End shows.  Emily, 27, from Paddington loves... ‘Kinky Boots’ (pictured above) ‘I’ve seen “Kinky Boots” at the Adelphi Theatre 199 times. It’s only been on for two years, so I’ve gone about twice a week since the first performance. I’m not sure how much money I’ve spent on it – it’s definitely a lot, but because I’ve been so often I know how to get discounts. ‘The first time I saw it was in New York, and I wasn’t blown away. But when I watched it in the West End I found it so inspiring and there was a feeling of elation at the end of the show that made me keep coming back. I’ve made so many friends from the show – my two housemates are girls I met through the show and there’s a group of us who meet up regularly to see it together. My mum goes to see gigs a couple of times a week, so we both think that’s where I get my love of music from. ‘In August 2016, six of us from the fan community camped overnight on The Strand to get the first tickets that were being released with the new cast. It’s probably the most extreme thing I’ve done for my fandom. I also own a lot of memorabilia, but my most precious item is a CD signed by Cyndi Lauper, who wrote the music. ‘I've gone twice a week since the first performance’ ‘Watching it, I get tempted to sing or talk along but I try hard not to do it. I definitely do it in my head, 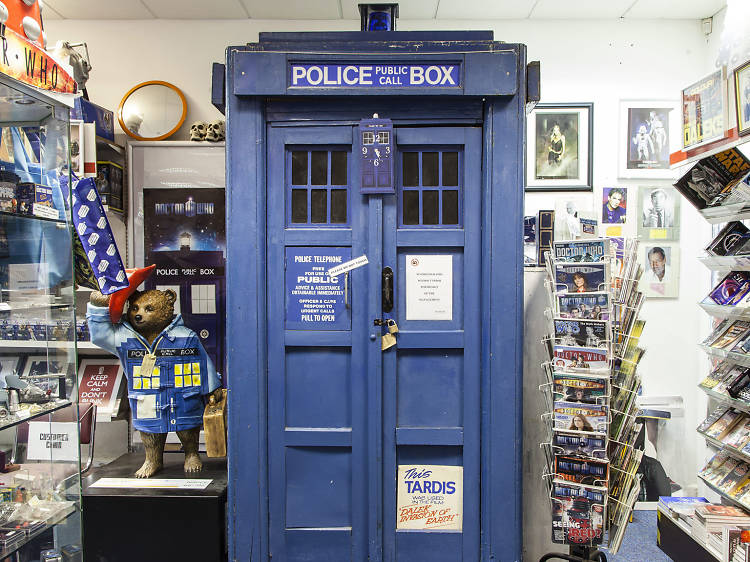 It’s got a bit of a rep, Green Street. Running right through the centre of Newham, this was West Ham United territory for more than a century until the team moved out of its Boleyn Ground stadium last year. It’s also been the site of football-related violence, especially against the Hammers’ traditional rivals Millwall: a 2005 film named after the street starred Elijah Wood as a wayward student who falls in with a group of notorious football hooligans. Don’t let any of this put you off from visiting: there’s a hell of a lot more to Green Street than footie and fighting. Over the past few years this has become the UK’s standout destination for South Asian shopping, beauty parlours and authentic restaurants due to its large local Indian, Bangladeshi and Pakistani populations. The area is home to emerging and established designers who showcase their wares in more than 400 independent shops, making it a refreshing change from your average chain-filled London high street. Green Street has a rep for something else, too: the ‘One Pound Fish Man’, a Queen’s Market fish trader named Shahid Nazir who thought up a catchy tune to entice shoppers. His song went viral and an up-tempo remix (complete with a glitzy video) hit the Top 40. Sadly he’s since been deported due to visa issues, but he’s still missed on Green Street. Eat this   A photo posted by @beccaduck on Oct 4, 2016 at 8:30am PDT Veggie South Indian fare at Vijay’s Chawalla. The family-run business has been drawing crowds