The Dutch capital wants to slash emissions and reduce consumption ASAP. Here’s what it can teach us 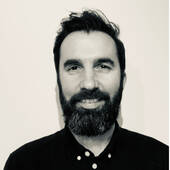 It’d be all too easy to dismiss Amsterdam as a City of Sin, with hordes of tourists – and a fair few locals – pursuing debauchery and late-night revelry seven days a week. But recently this city of glittering canals and picturesque gabled houses has also positioned itself as a bastion of sustainability and green innovation. So much so that earlier this year, Time Out readers voted it the third ‘greenest’ – and third most ‘sustainable’ – city in the world.

This is largely thanks to the Dutch capital’s wholehearted embrace of a circular economy, the so-called ‘doughnut model’: a vision of modern sustainability first set out by University of Oxford economist Kate Raworth in 2012. This is driven by three guiding principles: eliminate waste and pollution as far as possible, keep products and materials in use, and regenerate ‘natural systems’. Renewable energy and materials should be prioritised, and there should also be a focus on ‘digital innovation’. The main goal is to create a viable future for the planet, while also meeting the needs of the human population: this sweet spot, the doughnut, is what all governments should be aiming for.

Back in 2015, Amsterdam was the first city in the world to commission a study into the model’s potential at the city level. That report led to the adoption of a raft of ambitious policies and targets, ranging from renewable energy and green spaces to building sustainable food systems and reducing consumption. The city aims to cut carbon emissions by 55 percent, generate 80 percent of power from renewables and cut consumer consumption by 50 percent – all by 2030. When viewed alongside more tangible goals, like increasing the number of parks and creating an infrastructure for repairing and reusing all kinds of products, it seems clear that Amsterdam is taking a very long-term view.

You can get a feel for the breadth of the city’s plans here. The ‘Amsterdam City Doughnut’ – the key component of the city’s official ‘Circular Strategy 2020-2025’ – aims to create ‘a thriving, regenerative and inclusive city for all citizens, while respecting the planetary boundaries’. Billed as ‘a tool for transformative action’, it was developed in conjunction with Raworth herself and launched in April 2020, just as Covid-19 lockdowns were setting in across the globe. But far from being a hindrance, the pandemic has helped many city-dwellers realise that fundamental change was long overdue.

‘We did have some doubts about the timing, but it turns out people were longing for ideas to rebuild our economy after the crisis,’ says Marieke van Doorninck, Amsterdam’s deputy mayor for sustainability. ‘Because our circular strategy is a tool to ensure we don’t just go back to “business as usual” but look forward to ways to shape our economy differently, it’s seen as a plan that we can use to recover economically after the coronavirus crisis.’

The benefits should be clear for all to see, she says. ‘A circular economy is a more resilient economy because production, consumption and reprocessing are happening more locally. And of course, it creates employment, as a circular economy is also very labour-intensive.’

On the ground, this has manifested itself in a range of new initiatives, both public and private. There’s LENA, a fashion library where designer clothes can be rented on a pay-as-you-borrow basis, and HAUT, the tallest wooden residential building in the country at 73 metres (a further wooden office skyscraper is planned for Zuidas). MeerEnergie, a cooperative, is behind plans to use excess heat generated by servers in Amsterdam’s Science Park to provide heating and warm water to more than 5,000 homes, while Tuinen van West (‘Gardens in the West’) is an educational ‘lab garden’ for experiments across food production, biomass, soil and fertilisation.

Already renowned for its impressive array of parks and green spaces – including Vondelpark – Amsterdam is set to become even greener, with €26.5 million recently allocated to 18 large-scale projects, including the transformation of a busy roundabout in the city centre at Weteringcircuit, and the planting of more than 500 new trees in Amsterdamse Bos. Citizens have also been getting involved. As part of a recent regreening initiative, they were tasked with ripping out more than 50,000 tiles that lined the front gardens of many homes, offices and apartment buildings, and replacing them with bushes and trees.

Perhaps most impressive is the city’s support for ‘clean-tech’ startups. Smart City, an open innovation platform, is informed by a simple idea – to use data and technology to increase quality of life – and works across areas including data transparency, e-government and making algorithms less biased.

But it’s their work in smart mobility – particularly public transport – that really catches the eye. One project is helping to manage traffic flow by producing data to highlight pain points and potential congestion, taking into account cars, public transport, cyclists and pedestrians. Amsterdam is also behind a new initiative to develop a European ‘mobility data standard’ that will allow information on traffic to be shared in an easy-to-process format that meets Europe’s tough data protection regulations.

Few cities have adopted such radical measures. But they are already starting to work, both in helping the city meet its carbon targets and – crucially – in terms of public perception. As van Doorninck writes in the foreword to the ‘Circular Strategy’, the need to ‘inspire and encourage everyone to work together’ is key to ensuring the planet can create a new status quo that protects ecosystems just as much as it supports human society. The two have to go hand in hand.

‘By opting for a new economy, we will turn Amsterdam into one of the world’s most circular cities – innovative, prosperous, inclusive and attractive,’ she adds. Noble, lofty goals, and ones that should cement the ’Dam’s new rep as a ‘doughnut model’ pioneer. Post-COP26, here’s hoping many other major cities get in on the act, too.

And it seems Amsterdam has competition: Paris is planning to become Europe’s greenest city by 2030.