How Seoul’s LGBTQ+ district came back from the brink

In May 2020, a Covid outbreak – and, y’know, homophobia – meant Jongno 3-ga emptied out overnight. Now, the neighbourhood is thriving once again 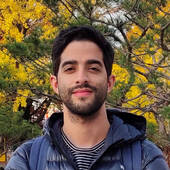 The traditional arts and crafts on Insa-dong, the coffee shops of Ikseon-dong, the street vendors selling everything from skewers to rice cakes everywhere you look: walk around Jongno 3-ga (pronounced jong-no-sam-ga) and you’d be forgiven for thinking this was a pretty traditional, albeit slightly eccentric, little corner of Seoul.

But take a closer look and you’ll find that the neighbourhood – which we just named the third coolest in the world – is home to some 100 or so bars catering to Seoul’s LGBTQ+ community. These institutions are very much hidden in plain sight, and there really is something for everyone, even the city’s gay seniors.

Despite South Korea’s dynamic and tech-savvy image, its attitudes towards queer people cannot be said to be progressive. In this socially conservative country, LGBTQ+ people here are still made to feel invisible.

This became all the more apparent in May 2020, when a Covid outbreak hit the club scene in Seoul’s more famous, but smaller gay district in Itaewon. That led to widespread homophobia that seemed to spread even faster than the virus. What started as an ‘exclusive’ in a conservative Christian publication turned into a frenzy of sensationalist articles and abusive online comments linking sexual identity to reckless behaviour.

Authorities desperately tried to contact-trace those who attended the clubs. But getting tested and providing personal details would have also meant effectively outing yourself and facing discrimination – especially if you came back positive in a country with so few cases at the time.

Human rights activists urged people to be brave, protect one another and get tested. ‘We are creating a community in the midst of a crisis,’ said one of them. But while the government eventually made testing anonymous, the stigma and fear of reprisal did not go away.

Covid restrictions have meant that many clubs have had to remain shut throughout the pandemic (or at least severely limited in what they can do). But in any case, many LGBTQ+ venues also felt the need to keep a low profile for fear of being scapegoated again. Looking back, the outbreak of a few hundred cases linked to Itaewon was very unremarkable, but it’s no surprise people pointed fingers.

Even a year and a half on, Itaewon has yet to recover.

But now the dust has settled a bit, Jongno 3-ga – for decades the epicentre of the country’s LGBTQ+ rights movement – has once again become an important refuge for the gay community. As restrictions eased, ‘Jong-sam’ bounced back to life.

‘Since there are many businesses in Jongno that cater to all ages and needs, it’s been able to pull through Covid restrictions including bans on large gatherings,’ said Chun Jung Nam, an LGBTQ+ activist and owner of gay bar Friends.

Bars are now packed out on weekends. K-pop tunes are blasting out of recent arrivals Signal and Y Seoul – the latter even offers drag shows, something that until recently was almost unheard-of in Jongno 3-ga. MOU still serves some of the neighbourhood’s best cocktails, while basement bar Viva is a more relaxed hangout. Many pojangmacha street-food tents are bustling once again.

Jongno 3-ga is more than a place to drink, dance, meet people. It is a symbol of decades of perseverance and resilience in the face of discrimination that many here can no longer tolerate.

You wouldn’t say that Jongno 3-ga is a secret any more. ‘It’s South Korea’s gay mecca that even heterosexual people know about,’ said Chun. ‘You don’t have to hide yourself in Jongno.’