The serial-killer series is not what it appears

Ever since Making a Murderer became a global phenomenon, Netflix has kept its foot on the true-crime throttle. The newest docuseries to feed audiences' unending hunger for macabre history is a doozy: Sons of Sam: A Descent Into Darkness focuses on the deranged killer who terrorized New York for more than a year in the ‘70s.

Known as the ".44 Killer" and "Son of Sam," David Berkowitz is the next logical subject for Netflix: The streamer has already chilled viewers’ blood with docs about “Night Stalker” Richard Ramirez, Henry Lee Lucas (who inspired Henry: Portrait of a Serial Killer), and Ted Bundy. Berkowitz’s reign of terror shares considerable DNA with those other docs: The chilling crime spree coincided with the rise of sensationalistic media, and the killings—and the accompanying headlines—held the city captive for more than a year.

Sons of Sam follows hot on the heels of Night Stalker, whose flashy presentation and extremely graphic crime-scene images turned many viewers away and drew cries of exploitation. Does Sons of Sam follow suit? Here’s what you need to know before you tune in to Netflix’s latest four-part dive into the heart of darkness. 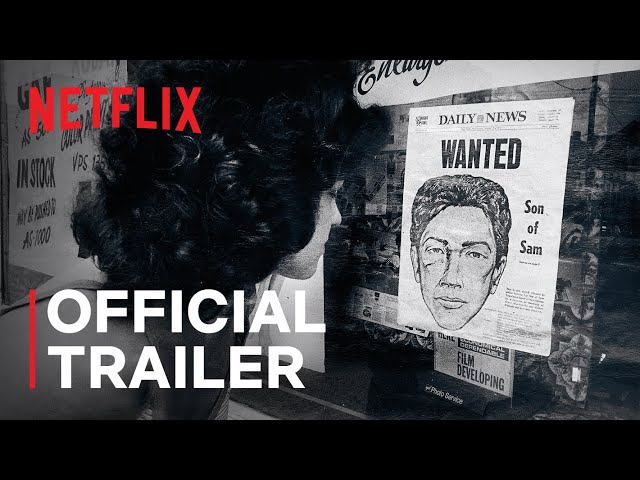 Who is the Son of Sam?

The majority of David Berkowitz’s crime spree is documented in the series’ first episode. The killer’s seemingly random selection of victims left the city paralyzed as he stalked Queens, targeting mostly women and couples at lovers’ lanes. In all, the murderer shot and killed six, wounding 10 more. Often, he wrote cryptic notes, leaving them behind for detectives to decipher. Additionally, he sent letters to New York Daily News reporter Jimmy Breslin, who published them in the paper, thereby feeding public fears.

Eventually, more than a year after the spree began, detectives apprehended Berkowitz, a postal worker in Yonkers who confessed to the crimes, saying he was instructed to kill by an ancient spirit speaking to him through his neighbor’s dog. But that's just the start of the documentary.

What new information does the documentary bring to the table?

The killing spree that put New York in a chokehold of anxiety for a year is over in episode one, and plays almost like a Cliff’s Notes rundown of the case. However, the series’ real focus is on Maury Terry, a journalist who spent the rest of his life convinced that Berkowitz didn’t act alone, initially basing his theories on the fact that none of the police sketches looked remotely like the young Berkowitz.

Suddenly, a standard serial killer documentary becomes a conspiracy theory tome, with Paul Giamatti narrating from Terry’s notes and diaries and the series delving into various rabbit holes involving the Satanic Panic, the Manson Family, and Scientology. Eventually, the series becomes a Russian doll of cults, killers, and conspiracies.

Who should watch Sons of Sam?

Those who were turned off by the hyper-stylized Night Stalker and its unflinching glimpses of real crime scenes will find Sons of Sam to be comparatively tasteful, though there are ample shots of victims and bloodied scenes. It is, after all, a serial-killer documentary. Consider it a slightly grislier cousin to your standard Dateline episode or Discovery doc, but with a lot more profane New Yorkers yelling at one another.

Similarly, those turned off by the recent Crime Scene: The Vanishing at the Cecil Hotel’s reliance on overwrought conspiracy theories, reenactments, and internet sleuthing will find Sons of Sam takes a far more tasteful approach. Terry emerges as the doc’s main character and the audience’s guide into the lurid world of cults and murder, but the series is also careful to offer counterarguments from detectives and others involved in the case. This is a story centered on conspiracies, but one that keeps the tinfoil hats at arm’s length.

If you’re a true-crime addict or just a dabbler, this should keep you appropriately queasy without feeling too over the top.

What should I watch after I finish Sons of Sam?

Son of Sam has been the topic of several schlocky direct-to-video movies, but in the mainstream the gold standard remains Summer of Sam, Spike Lee’s often-overlooked 1999 drama. In the film, Berkowitz is a foreboding act of twisted nature looming over the ensemble, not unlike the sweltering heatwave overtaking the city. Instead of focusing on the killings (for the most part), Lee’s film foregrounds characters who live in fear of the killer—among them Adrian Brody, John Leguizamo, and Mira Sorvino—to paint a portrait of a city on edge.

The presentation also shares some DNA with Zodiac, David Fincher’s meticulous look at the investigation of the Zodiac killer: both cases involve journalists stretched to the point of madness by their obsessions with monsters, a killer taunting cops with mysterious notes, and cities gripped in fear. Both also mine unease with the clever use of songs by psychedelic pioneer Donovan—“Season of the Witch” in Sons of Sam and “Hurdy Gurdy Man” in Zodiac.

Finally, Fincher’s excellent fact-inspired Mindhunter series finds its agents interviewing Berkowitz himself in Season 2, for those looking for a binge once the documentary has wrapped.

These feelgood movies are the antithesis of true-crime docs