Norway is getting a massive starfish-shaped sea pool

Bergen will soon be home to a huge floating swimming complex, complete with sauna and an urban beach

Many Scandinavians would agree that life brings few pleasures greater than a trip to the sauna, followed by a bracing dip in a lake or fjord. But even by their standards, outdoor swimming spots rarely come as striking as this starfish-shaped floating pool soon to be built in Bergen, Norway.

Part of a huge waterfront redevelopment – called True Blue – the swimming complex will be connected by a pontoon to an ‘urban beach’ and a new park on the Store Lungegårdsvann lake, an inlet of the North Sea just outside Norway’s second city. It was designed by Swedish practice White Arkitekter in collaboration with Fredrik Peterson Arkitekter.

A huge, 1,500-metre-long sea wall is being built to shore up the series of gardens and playgrounds around the lake. The floating pool and beach areas, meanwhile, will be closest to the city centre and are intended, White’s lead architect told Dezeen, to be ‘a very large, yet protected, space for gatherings, events. And parties.’

Due to be completed by 2023, the sea pool itself will in fact comprise three separate pools, fringed by a series of triangular forms mimicking the surrounding mountains (and linked together in a starfish pattern). The floating structure could also be used as a stage, with the beach and nearby plazas used as stands for large crowds.

And fortunately for purists after the full hot-then-cold experience, a similar triangular structure on land will house a large sauna, while others will host picnic areas and kayak rental facilities.

Worried this part of the world – on the same latitude as Helsinki and St Petersburg – might be a little cold for an outdoor dip? Well, it’s not as freezing as you might think round these parts, as the water off the Norwegian coast is heated by the Gulf Stream. So in other words: it’ll definitely be worth the plunge. 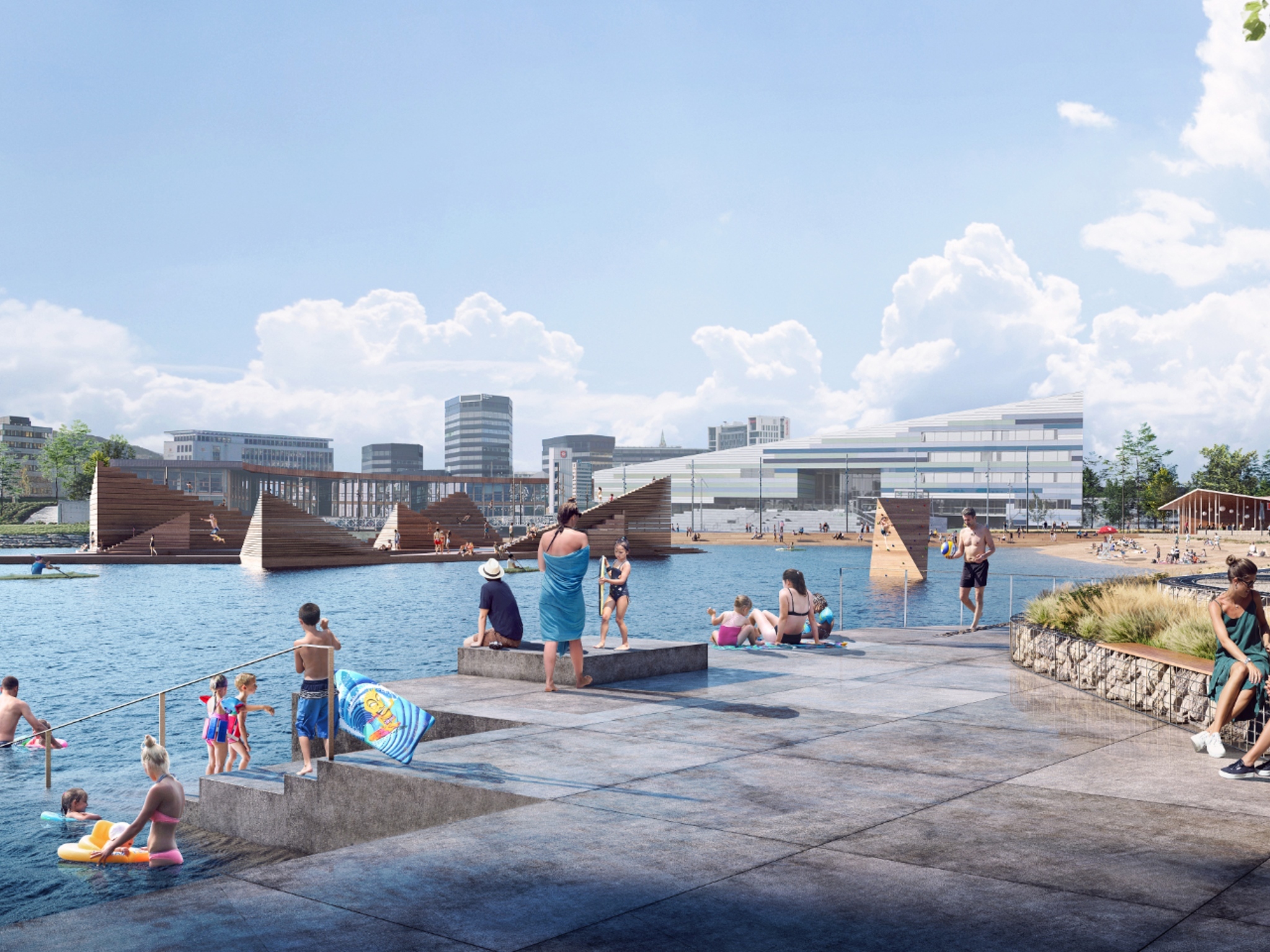 These are the 15 most spectacular ocean pools in the world according to us.