You’ve buckled yourself in, broken out the iPad or a fashion magazine and loaded up with all the distractions you can find. But there are far too many classic airplane nightmares to ignore, some from action movies that went on to earn Oscar nominations. As your advisors and unofficial travel agents, we strongly urge you to avoid the following 10 bad trips.

Films you should never watch if you're afraid of flying 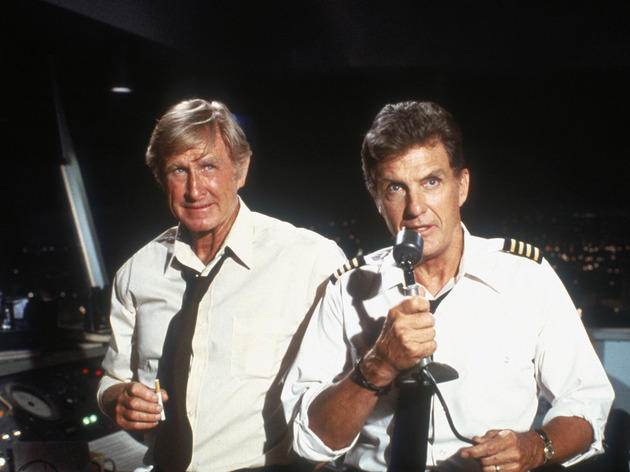 The film
A parody of the Airport series that has since eclipsed the source, this manic comedy about an ill-fated night flight and the war vet (Robert Hays) who must land everyone safely has surely become a classic—and don’t call me Shirley.

Reasons to avoid
Honestly, this one is so laugh crammed, you could probably watch it en route with little stress. Still, at all costs, avoid the fish.

Brace for impact
“It’s a twister!” For many viewers, the sight of a conked-out Kareem Abdul-Jabbar being pulled from his copilot seat in his basketball shorts is as violent as the movie gets. 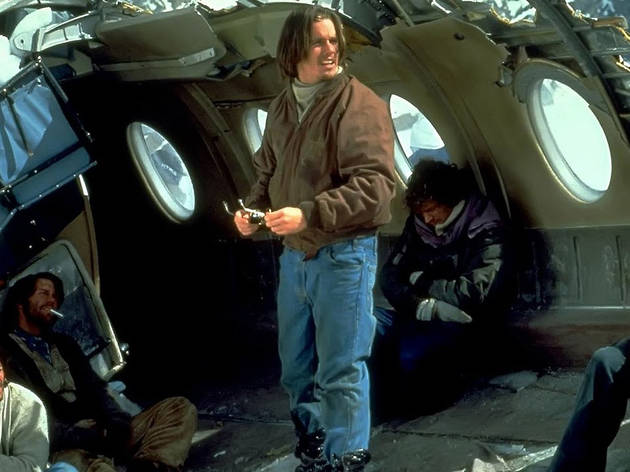 The film
All they wanted to do was play rugby. But when members of Uruguay’s squad boarded a double-prop plane for a 1972 match with Chile, they had no idea they were about to go head-to-head with the Andes mountains.

Reasons to avoid
One of the most sickening crashes ever created for a motion picture, Alive first brings on the camera shudders and sound squeals. Then the tail and wings rip off and it's basically skiing at 500 miles per hour down a slope in an open metal tube. Stopping is horrible in itself.

Brace for impact
“Are we supposed to fly that close to the mountains?” one athlete asks, providing the only laugh in this nightmare. And we haven’t even gotten to the survival story that ensues: There’s not much to eat but teammates. 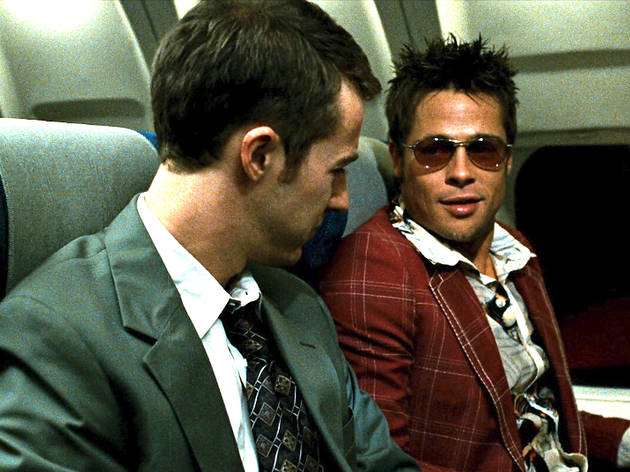 Reasons to avoid
You already know (and love) the movie for other reasons, but don’t forget one particularly vivid death fantasy: a deafening midair jet collision that tears out seats and passengers.

Brace for impact
“I prayed for a crash,” Norton’s in-flight narrator smoothly admits, just as the carnage ensues. “Life insurance pays off triple if you die on a business trip.” 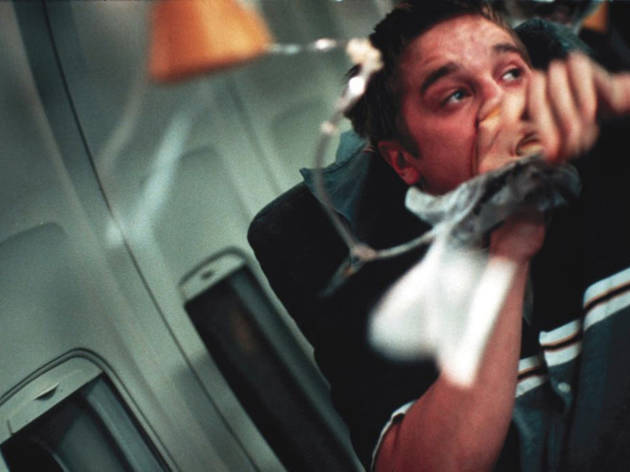 The film
Truthfully, this series will make you never want to leave the house at all, never mind in a plane. There are so many ways to die here—and a sick kind of enjoyment in anticipating the kills.

Reasons to avoid
Even after five installments, the first sequence of the first film is still the most horrifying: a transatlantic plane explosion extended with vicious glee. First we see it in a premonition, then it comes to pass. 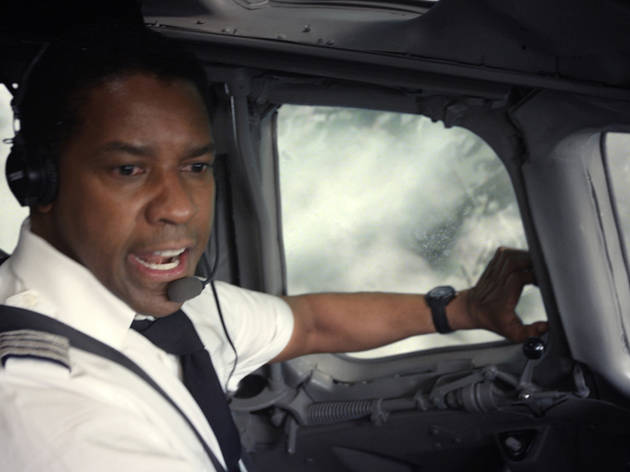 The film
Pilot Whip Whitaker (Denzel Washington) isn’t exactly “Sully” Sullenberger: Even though he manages to save 96 of 102 people on board in a controlled crash landing, he was drunk as a skunk and potentially culpable.

Reasons to avoid
Already you’re filled with anxiety. Do you really want to add the suspicion that your captain was up all night doing rails? That comforting Chuck Yeager drawl better come with a steady hand and a clear eye.

Brace for impact
The plunge is terrifying. But even worse is the tricky and questionable move that Whip executes to stabilize the plane: “We’re gonna roll it,” he orders. That means flying upside down for several minutes. 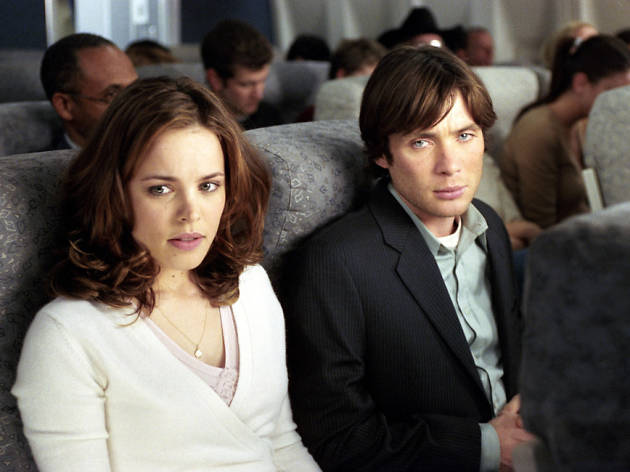 The film
That cute, flirty guy (Cillian Murphy) in the seats? Turns out he’s a terrorist who demands help assassinating a high-ranking U.S. official or he’ll send his goons to assassinate a passenger's dad.

Reasons to avoid
It’s bad enough when they preemptively ask for assistance in the event of an emergency. But treason, too? Poor Rachel McAdams has to keep her cool and somehow get a warning to the ground. Red Eye is one of late horrormeister Wes Craven’s most underrated thrillers.

Brace for impact
The terror only worses after the plane lands safely, when a pen becomes a stabbing weapon. Then comes a chase through the terminal and any notion of going to baggage claim is erased. 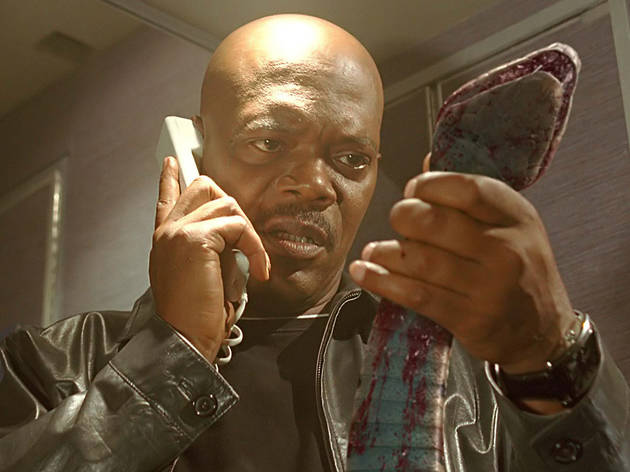 The film
Need to know anything else? Fine: These aren’t your everyday garden snakes, but venomous bad boys. Also, Samuel L. Jackson is onboard as an FBI agent escorting a murder witness to trial.

Reasons to avoid
The snakes drop from the oxygen masks, wriggle under seats, invade the cockpit and await one randy unlucky couple hoping to join the mile-high club. When you’re trapped in a metal box, that’s basically the last place you want to encounter a snake.

Brace for impact
“I have had it with these muthafucking snakes on this muthafucking plane!” Jackson has been in way better movies, but these words come at the peak moment of his signature vein-popping fury. 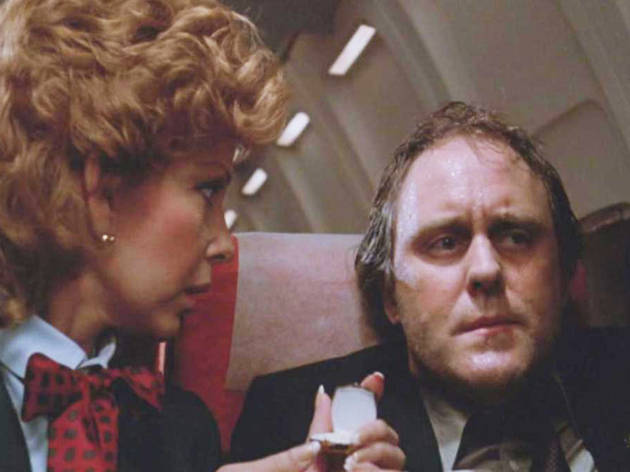 The film
Future Mad Max: Fury Road director George Miller contributes what is, far and away, the scariest segment of this eerie TV-based anthology thriller—the classic “nightmare at 20,000 feet” about a paranoid passenger (John Lithgow) convinced that there’s a monster on the wing trying to crash the plane.

Reasons to avoid
You’ve never seen an actor sweat like Lithgow does here, turning his half-crazy fears into a dangerous campaign to handle matters himself. Even if this is all in his head, the terror he inspires in the cabin is real.

Brace for impact
Ultimately, there’s a gun, a smashed window, loss of air pressure and loss of sanity. We won’t spoil the film’s devastating final shot. But if you ever make it there, we’re really hoping you have been watching this one on the ground. 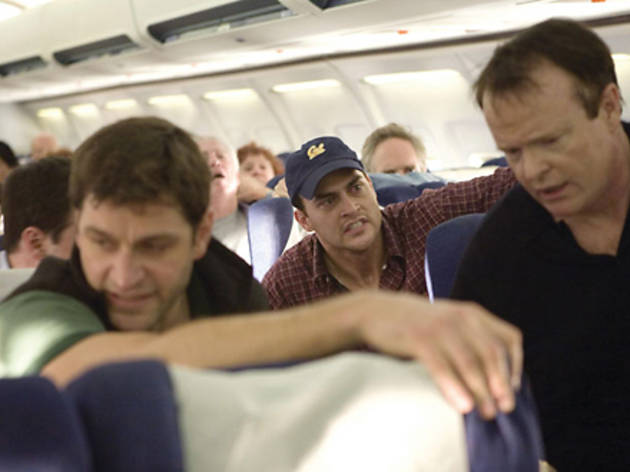 The film
Tasked with dramatizing a real-life event that both traumatized and inspired the world, director Paul Greengrass came up with a tough, unsentimental and galvanizing account of the heroic actions of the passengers on 9/11’s famous fourth plane.

Reasons to avoid
Obvious. As worthy as the movie is (there are only a handful of essential films about that terrible day and this is one of them), nobody wants to think of his or her airplane being turned into a weapon.

Brace for impact
You can almost miss the words that became a rallying call, as passenger Todd Beamer squats behind a coffee cart on wheels: “Come on, guys, what are we waiting for?” he says. “Let's roll. Come on; let's go already.” At least in this telling of the events, he means it literally. 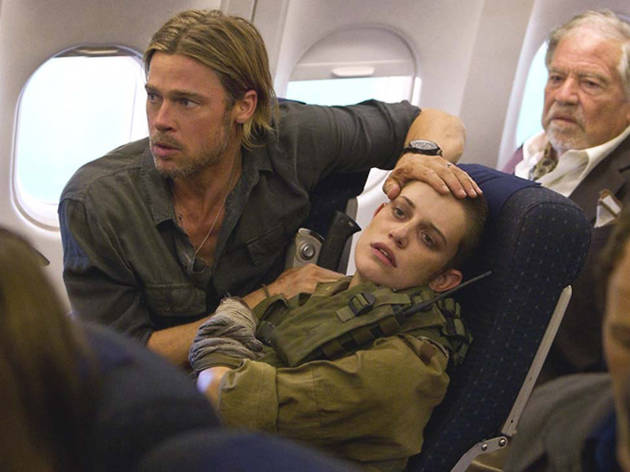 The film
Hint: That Z doesn’t stand for zebras. A zombie pandemic sweeps the globe and crusading U.N. investigator Gerry Lane (Brad Pitt), who is searching for a potential cure, is humankind’s only hope.

Reasons to avoid
Already feel cramped in economy? Try adding an infected passenger, a quickly spreading horde chomping its way down the center aisle and a catastrophic use of a hand grenade at high altitude.

Brace for impact
The zombies are sucked out of the plane, but there’s still a crash landing to contend with, not to mention bodily impalement, blood loss and another hour of the movie.