As brutal epic The Revenant is released, is Leonardo DiCaprio finally going to bag himself an Oscar? And does he even care?

“Hi, I’m Leo.” In a London hotel room, Leonardo DiCaprio walks over from the window where he’s been vaping on an electronic cigarette. He’s smiling, a good sign. The actor is famously private and once walked out on a journalist who was rude to him. At 41, he is no longer the impossibly beautiful boy he was in Romeo + Juliet and Titanic. I’m more dazzled by his knitwear—he’s wearing a navy blue cashmere jumper so soft and expensive-looking that I have to resist the temptation to stroke him.

DiCaprio is a man with a lot to smile about: 2016 belongs to him. After being nominated four times for an Oscar, there’s a very good chance he will walk up the aisle in February to pick up the Best Actor award for The Revenant. (The Golden Globe is already his.) In a story set in 1823, DiCaprio plays real-life frontiersman Hugh Glass, who was left for dead in the Rocky Mountains by his hunting party. Directed by Alejandro González Iñárritu (Birdman), it’s a brutal, raw, revenge drama that puts Glass through the wringer: attacked by a bear, mauled by Tom Hardy (who, let’s face it, is scarier than a grizzly), buried alive and frozen so cold that he’s forced to sleep in the still-steaming carcass of a horse. Yes, it’s acting—but DiCaprio also lived it. The nine-month shoot in Canada and Argentina was so tough that some of the crew have described it as “a living hell.”

You put yourself through a lot making The Revenant. In one scene your character is so hungry that he eats raw liver. Did you do that? Eat raw liver?
I did. Because the fake liver they gave me didn’t look real. Arthur, the Native American actor I was working with, had been eating liver all day while I was sitting there eating a big piece of Play-Doh. I had to give it a shot. But I only did it twice, and my reaction is up on screen. That’s instinct.

It’s a grueling movie to watch. On a scale of one to ten, how tough was it to make?
Ten. But we all knew what we were signing up for. We couldn’t recreate this with CGI. We all knew that we were stepping into a Fitzcarraldo, Heart of Darkness type of experience.

You were filming out in the elements. Any near misses?
The whole movie! But the real nemesis was the cold, every single day. I had a special machine I called the "octopus”, which was like a giant hairdryer with eight tentacles that I warmed my body with between takes.

Are you an outdoorsy, get-up-at-5am-for-a-hike kind of guy?
I wouldn’t say 5am, but I’m definitely outdoorsy. I love being immersed in nature, going to places in the world that are pristine and untouched by man. It’s almost a religious experience when you go to a place like the Amazon and there’s no civilization for thousands of miles.

You’ve had a few close shaves with death on your travels. You survived a shark attack in South Africa. And before that there was an incident with a parachute that failed to open. What goes through your mind in that situation?
It’s strange, because it gets right down to basics. It’s no more dramatic than getting a parking ticket. You just feel like: Shit, why did this have to happen today? I’m so young, I have such a great life ahead of me, this really sucks. There’s nothing intensely profound about it, other than the will to survive.

So you didn’t see images of your life passing before your eyes?
Actually, yes: I’ve had a couple of experiences like that where you get the glossy photos of your whole life passing by in a second—that stuff really does happen. Certainly that happened with the parachuting thing.

What would it mean to you to win an Oscar?
Honestly? It’s never, ever what I’m thinking about when I’m making movies. There’s nothing I’ve done for the specific reason of getting an award. Every single time you just go in there trying to bat a thousand, trying to give it your all.

You were 19 when you were nominated for an Oscar for What’s Eating Gilbert Grape. Did you have a speech ready?
No! I had absolutely nothing prepared. I didn’t think there was a shot in hell I’d get it. It would have been an absolute catastrophe if I had.

You grew up in a tough part of L.A., and have said you felt like an outsider as a kid. Has that feeling stayed with you in Hollywood? Do you ever still feel like that?
I think I will always feel like an outsider. Marty [Scorsese] was the same. He came from the streets of New York and didn’t feel like he belonged in Hollywood. I can remember getting rejected systematically by casting directors as a young kid. I felt like the biggest outsider there ever was—that I’d never belong in that club. I had this idea that one day they reach out, bless you and say: “You are now part of this elite, you are the chosen one.”

Which of your early films are you most fond of, looking back?
This Boy’s Life. That was 25 years ago, I was 15 years old, and I remember every single detail. Everything was so new to me. Watching Robert De Niro on set, seeing his dedication, was one of the most influential experiences of my life. 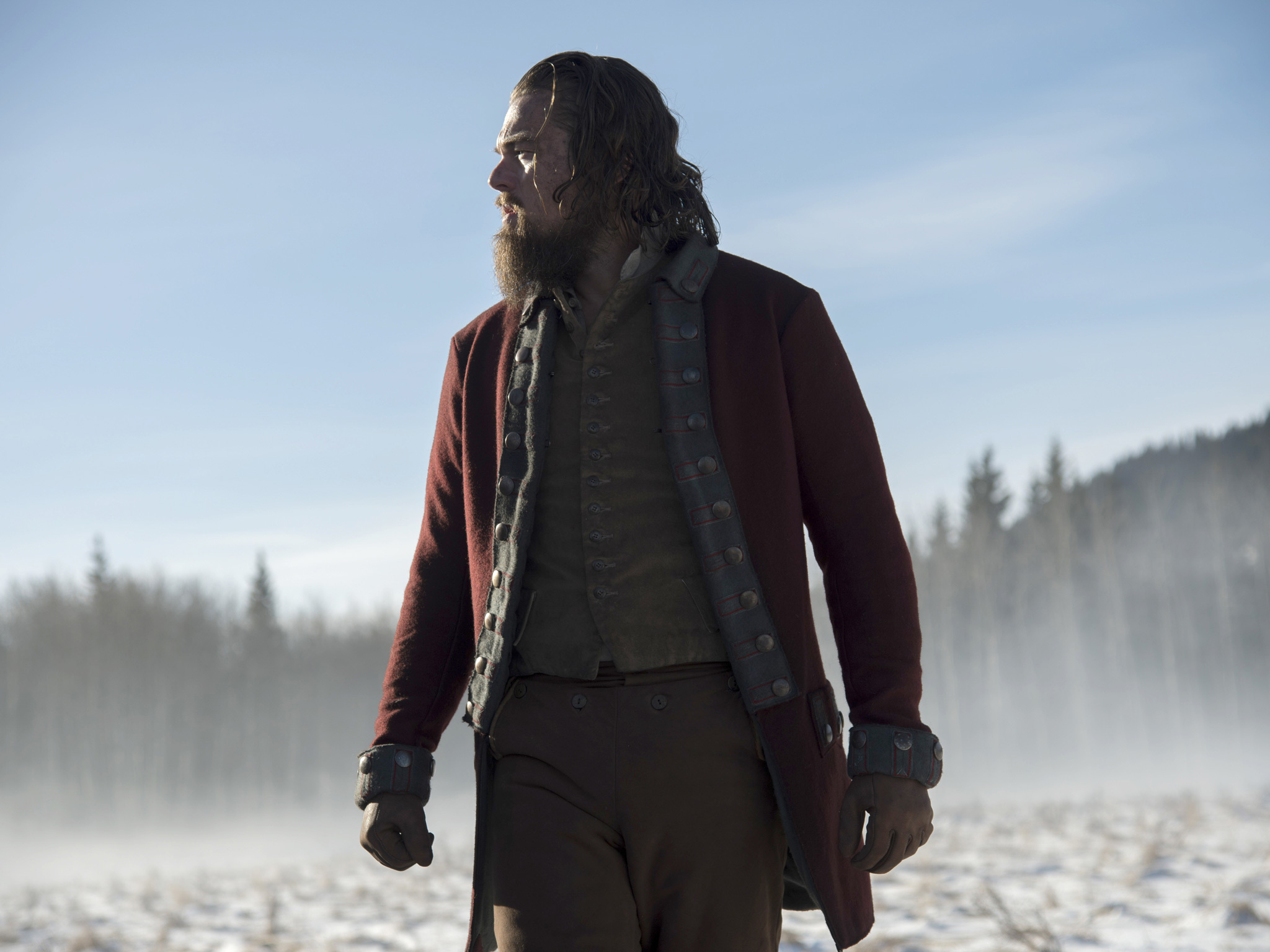 “You can’t depend on politicians to make the right decisions”

People talk about the difference between being an actor and being a movie star. You seem to have spent your thirties trying to shed the skin of a movie star with the kind of films you make. Is that fair?
You know, the truth is that my attitude about the films I want to make has never changed. I made the same choices when I was 15 that I make now.

What about Titanic?
I think Titanic was me veering away from the independent movies I was doing and trying something different. It was about saying: “Okay, how do I use this opportunity to finance a film that I’m incredibly passionate about?” I think my ability to recognize great directors or great material has gotten better. Hopefully I’ve gotten better as an actor as the years have gone on, but the type of work I want to do has never changed.

How do you look back on the Leo-mania years?
The what?

The Leo-mania years, around the time of Titanic in the late ’90s. It’s what the Internet calls them.
Really? It was a very surreal period. It was bizarre. I took a break for a couple of years because it was so intense. I needed to recharge and refocus.

You’re 41 now. What’s still on the to-do list?
Right now, on my to-do list is to take a little  time off.

You supported President Obama. You’re a committed environmentalist. Would you consider running for political office?
I don’t know about that. I’ve been making this documentary on climate change for the last two years. If there was anything that I felt that I could do that would really contribute to what I think is the most important issue in human history—climate change—then I would love to take a higher position with it. But that doesn’t necessarily mean political office. I think that a lot of the change needs to come from communal efforts, from groups and people who are trying to rattle the system. I think change is going to have to come from outside. You can’t depend on politicians to make the right decisions. 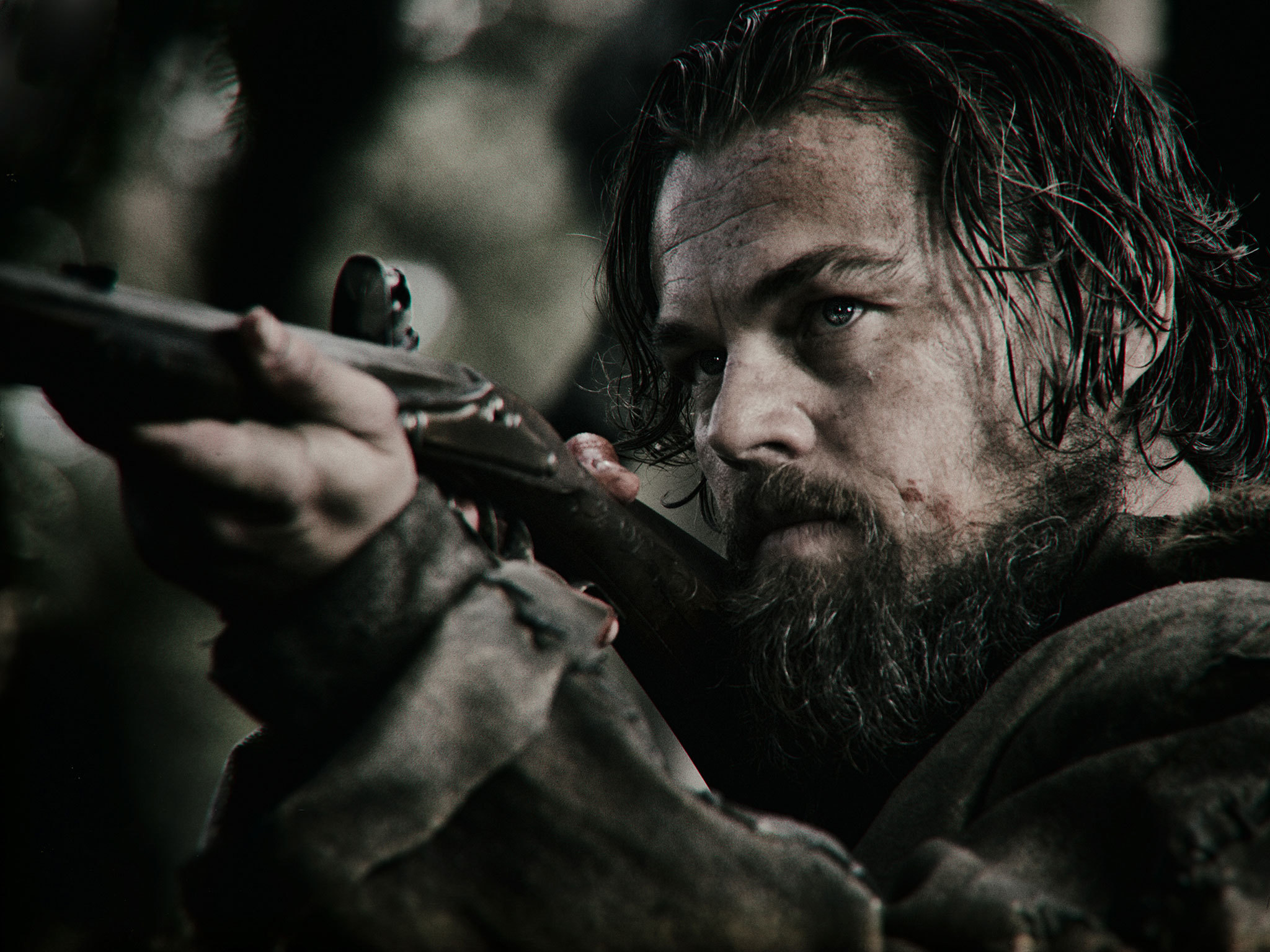 The worldview in The Revenant is pretty bleak: People do terrible things to each other and nature is indifferent. Are you a pessimist?
That’s an interesting question for me as an environmentalist. You look back at that time [depicted in The Revenant] and this surge west—extracting resources from nature, killing off indigenous Native American tribes, cutting down the trees and digging for oil. And you think: Oh my God, look how brutal we were. But I wonder how people are going to look back at this time period now. We are destroying nature and killing species at a rate that is unprecedented. I just came back from Paris [and the climate-change talks]. If we don’t have a resolution coming out of Paris, we are destined for an incredibly bleak, dark future.

So, are you a pessimist?
No. I’m hopeful that we’ll evolve as a species. But there is something about human nature that is very destructive.

Read our review of The Revenant 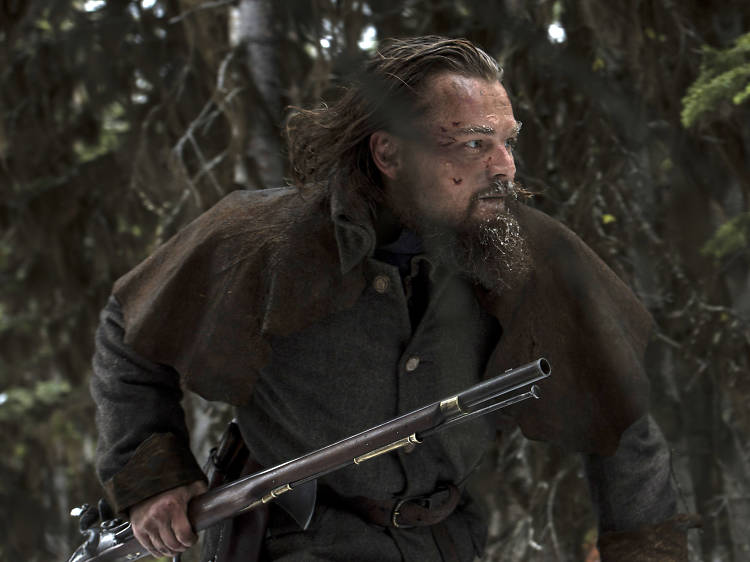